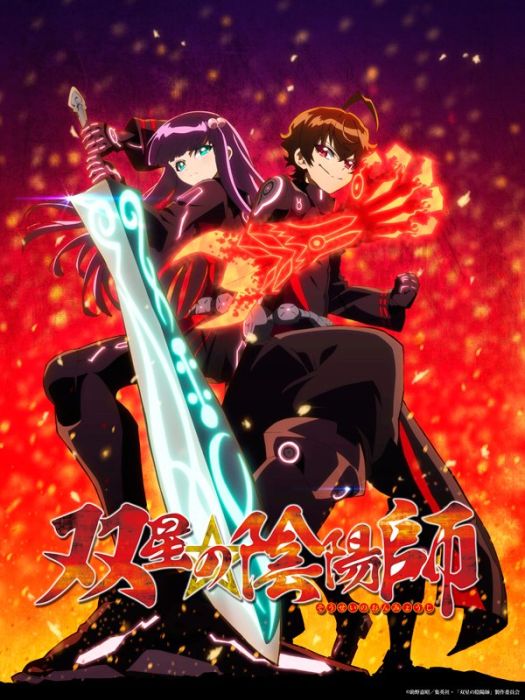 This series is a very interesting, but very boiler plate shonen series.  A group of powered exorcists against an unknown for of demons called the Kegare.  Pretty basic, but that doesn’t mean that it doesn’t have merits though.  The two main characters, known as the twin stars, really do have chemistry with each other.  These are the eventual parent of the chosen one who will end the fight with the Kegare.  It’s an interesting twist on the chosen one.  The action scenes are pretty decent but nothing exceptional, though I have been spoiled by Mad House and Studio Bones action scenes.

A few things I worry about are world building and some of the side characters.  We don’t know where the Kegare came from or why they are attacking in the first place.   When it comes to side characters, we don’t know much else other than the two main characters.  I know this is only two episodes in, but I wish to know about these things.  Hopefully we get the necessary exposition for all of this.

Sakamoto is an anime that follows around, you guessed it, Sakamoto.  He’s the coolest kid in class and despite other students becoming jealous of him.  The comedy comes from how he handles each incident that occurs around him in a cool manner.  Sakamoto does a lot of cool jojo poses, which makes this series like a Jojo light.

While the comedic timing is spot on in this series, I feel worried about this series going on the future.  Sakamoto does revolve around one joke, so this anime would work better as a short than anything else.  The animation is also questionable, but it’s made by Studio Deen so that’s to be expected. 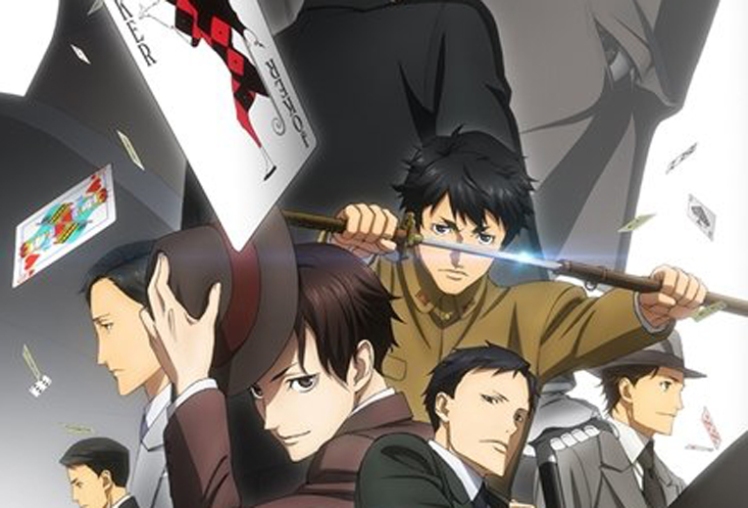 This is a series about Japanese spies before the start of World War 2.  It questions the concept of nationalism and imperialism.  Is killing yourself for your country if you’ve made a mistake an act of cowardice or bravery.  This is quite a controversial topic for this series to cover, but the show never gives us an answer over which one is correct.  It’s left up to interpretation for the viewer.  Joker Game quickly brings up the basic concepts of what spies do and since the protagonist is going to go through spy training soon, that is quite alright.  We will learn more this system later.

The only complaint that I have from this series so far are the characters.  From what I’ve watched from the series, I’ve only got a feel for the main character himself.  That’s okay, there is still plenty of time for the series to do this.  Everything else is pretty on point.

Flying Witch is a slice of life series that follows around the witch, Makoto who moved with other relatives of her family.  15 is around the age that a witch moves out, so she did…but considering that her parents think that witching is as important as it used to be, she has to get a high school education.  And before you think about it, no it is not centered around high school.  It’s focused around daily life in general.  While high school might be a back drop, not much time is spent there.  More time is spent around Makoto getting used to normal life and normal people getting used to life around her.  Flying Witch is infinitely relaxing and the characters feel like real people.  I have no complaints with this show so far.

I honestly am not sure what to say about this series, so I will try to say something intelligent.  So far, the show is all about connections between people.  From the emotional bonds between people to actually feeling each other’s pain when somebody is hurt.  You could say that Kiznaiver is like The Breakfast Club, except that it’s an anime and there is a weird thing going on that connects each other’s pain.  People from different walks of life and being forced to join and understand each other.

From watching the only two episodes that are out, this is going to be a very slow paced show.  The concept is interesting and I am looking forward to seeing what they do with it next.  Each character finally shared a major secret about themselves to the other six, so not sure where this show will go next.  It can grow and becomes a master work or the show can fall flat on its face with such a heavy concept.  Kiznaiver is swinging for the fence and I hope that it succeeds.  Either way, I am going along for the ride.  OH yeah, Mari Okada is behind this one too, but these people actually feel human. 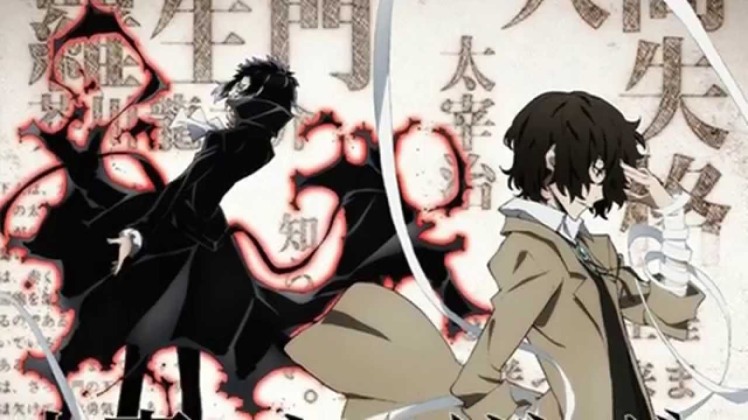 Tell me if you heard this one before.  A character who has a tough life on the streets due to having an ability that he can’t control his ability joins a unique group of people of powers that normal police force can’t handle.  Yes, it’s a basic premise, but what matters is the execution right?  So far, it’s been a very show.  Not much has happened plot wise besides the main character getting put into this crazy group of people.  This is Studio Bones, so the character animation and action scenes are exceptional, the comedy is more hit then miss, and as a twist, each character’s name is an author from Japanese folk lore with powers based on the books that they wrote.  I really need to learn more about these authors and read their works.

I have no major complaints about this show at the moment, but then again it is rather slow moving.  It’s also all jokes and gags at the moment and I wonder how smooth the transition will be to something dark and mysterious.  If it stays a comedy action series, that’s fine too.  I don’t really have much to talk about with this show.

Season First Impression Ranking: B+
-A group of highly varied shows that can fit everybody’s tastes.  Some highly ambitious stuff and some playing it very safe but good stuff.

Most of the series that I’ve mention here, except for My Hero Academy, can be watched on Crunchyroll.

All Things Awesome - and some more

Be a proud Otaku