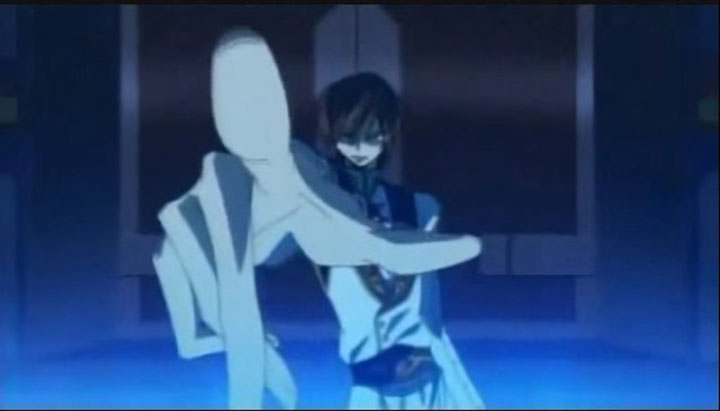 Heavy spoilers for a lot of series, so beware.  I’ll try to explain each ending as little as possible so they won’t be surprises, but you have been warned anyway.  Beware.

In our minds, we all have a list of anime that want sequels too, right?  I for one am still waiting for Baccano’s sequel.  I know that I may be waiting forever, but miracles do happen.  If recent news has been true, there is always hope for an anime that don’t have a conclusion to eventually get one.  Animated sequels from any time gap are different from live action, because they are easier to do.  The characters can be drawn at any age and if the voice actors of the characters are still living, boom done.  For something like Firefy to have a sequel, it needs to happen as soon as possible because the main cast is aging and that is something that is hard to hide on camera.  Either way, sequels that happen an extended amount of time after the completion of something can be good and refreshing or the most destructive thing that can happen to a series.

If there is something that makes a sequel wanted, it’s how conclusive an ending of a series is.  Something like Fullmetal Panic has been crying desperately for a new season.  Especially since FMP: Second Raid only ended when Sousuke Sagara got full control of his robot, the Arbalest.  That’s the only thing that has been resolved.  The villains are still out there ready to hatch their evil plans of capturing the whispered and who knows what else.  So many things to do and so little time to do it.  Berserk is another example of a show that needed its long-awaited sequel.  After the events of the Eclipse in the original series (and recent CGI movies *cough*), there was no conclusion.  It was purely chaotic and came out of nowhere.  If there is anything that determines when an anime needs a sequel, it’s the question of whether or not the series has resolved the question of “Now What?”.

I feel like you guys know where I am going with this.  Now onto Code Geass’ new season.  I honestly don’t understand why it needs one.  While season two of Code Geass is a huge, rushed, and contrived mess, the ending is what made watching the entire season worth it.  Lelouch’s Zero Requiem solved every single plot thread that Code Geass had.  After years of war and domination, the world was at peace.  Having a sequel called: Code Geass: Lelouch of the Resurrection completely ruins the show already.  I don’t need to know what happens in the sequel because the title gave away the most important plot point.  I will still watch it because maybe this season three will be perfection the way that not many sequels have been, but I still doubt this.

Long awaited sequels are starting to become a major thing.  It seems like anime is following the Hollywood example of either rebooting or continuing intellectual property that already exist.  I will not say that originality is dead because there is still tons and tons of anime being produced each season and some of that is original, but I can say that originality is taking the backseat.  What anime may be getting a sequel in the future may or may not have the same kind of effect that it has on Code Geass OR Full Metal Panic.  The only thing that we can do is wait, see, and hope.

As I stated earlier, Code Geass is different from other long awaited sequels, because it’s not a show that needed a sequel.  It is possible that this show may take a different route.  Maybe Lelouch of the Resurrection is not going to be a psychical one but a mental one or philosophical one right?  Like Lelouch isn’t around anymore, but they still need his frame of mind?  That’s not too hard or far from what the original Code Geass can do, but I doubt that it will end this way.  I think Lelouch will actually be back because his character is a huge money bringer for Sunrise.  Either way, I am going to watch it.  I was a Code Geass fan ever sinced I binged watched the series in two days (yes I did it).  While I don’t have the same feelings for the show as I did back then, there is no turning back now.