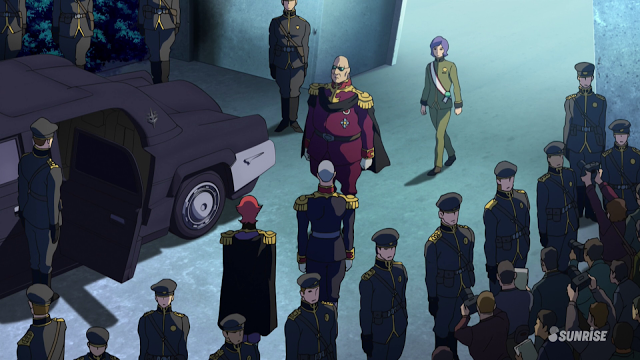 Hello everyone. My Name is Scott and welcome to my first OWLS blog post. As you’ve noticed, my blogs named Mechanical Anime Reviews. While I do love mech anime, which is why I went with that title, I like posting about other things too. Variety is the spice of life.

I’ve only joined recently, so I am going to give this post and hopefully many future posts my all. Please enjoy yourself and I hope I don’t bore you with all my Gundam post shenanigans. I try to keep my fanboying in check. For more about what OWLS is about, please click here.

August’s topic is about blood lines. To be more specific, here is our prompt:

Family means everything (or does it?) This month, we will be discussing the importance of family relationships in anime and pop culture. Family relationships include a child and his/her parents, sibling rivalries, adoptions, and etc. Some questions about family that we will be contemplating on include how one’s family shapes his or her identity? How do we define family? How does a broken household influence a person’s view on family? We will be exploring these questions and types of relationships in this blog tour—so enjoy!

Before I go in and examine the complicated family relations, a little context might be necessary:

Gundam 0079 or Mobile Suit Gundam is a based around the incident called “The One Year War”. A war that is absolutely terrible and has wiped out half of humanity in the first few months. This all started because the Earth Federation, an earth based government that is ruled by the elite (though the space colonies consider everyone who lives on Earth an elite) and have oppressed the colonies for a while. After a while, the Principality of Zeon, openly rebelled starting the one-year war by dropping a colony (a giant cylinder) on Sydney, Australlia. Nuclear weapons were used until the two sides finally agreed to not use them, because the earth was being polluted by the radiation. Still, the war moved on anyway.

So no, mech series aren’t just about the mech battles. There is a lot of politics and family complications going on as well. I talked about the Gundam series in general on a post I did previously, but I am going to talk more about the family aspect of it here.

The Zabi Family from Principality of Zeon 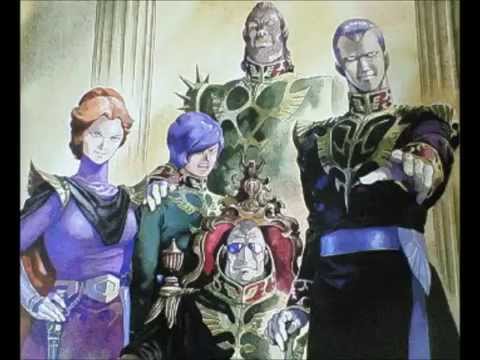 The Principality of Zeon is ruled by the Zabi family. Dagwood Zabi is the father, Gihren is the oldest son, the second son Sasro died before hand, Dozle is the third son, Kycillia is the fourth child and the daughter, and Garma is the baby son of the family. Gihren Zabi is the backstabber of the group, because he takes control from of Zeon from his father and doesn’t care about his other siblings lives when it comes to his grand scheme of winning the war. Yeah, there is nothing redeemable about him. He isn’t even protective of the youngest Zabi son, like everyone else is. Garma feels like the one person that is holding this family together. He was given a comfy position on Earth to keep him out of main engagements, because if anything happened to him, the family would fall apart.

Each one of these family members oversees one part of the military and are constantly at odds with each other. Especially when one side doesn’t support the other as much as they can. This reminds me of the phrase “don’t do business with family”. One family member has a secret project that they keep to themselves and they never have any normal family moments like sitting around a table, eating, and talking about the day’s events. All in all, this is an incredibly unhealthy relationship that gets worse down the road

Char (male) and Sayla (female), whose real names are Casval and Artesia Deikun, are siblings. They have been in hiding since they were young, because the Zabi family is trying to wipe them out. The Principality of Zeon is named after their father, Zeon Deikun, and the Zabi family assassinated him in secret to get their own agenda across. Even in their childhood and on the run, these two never really spend any typical family member moments with each other, In the anime itself, Casval disguises himself as Char Aznable as he seeks his revenge about the Zabis from the inside the military force of Zeon and Sayla is a trained nurse that appears on the main protagonist ship, White Base. While the two see each other from time to time and they do recognize each other, not much comes from it. Once again, blood relations mean a lot for motivational purpose, but not much else.

Amuro Ray and The Crew of the White Base

Amuro Ray, the main protagonist of this series, hasn’t had much luck in the family department either. When he was young, he was taken off of Earth to the Texas Space Colony when his dad Tem divorced Amuro’s mother. Even living on the colony, Tem never gave his son any attention because he spent all his time developing mobile suits for the Earth Federation. This left Amuro living in recluse by himself. The even worse part is that when he meets his mother later on, she is completely devastated about the direction his life went. You can see why he didn’t feel like he had a place to stay until he became the ace pilot on the White Base.

It’s easy to say this, but the crew of the White Base is the soundest family that appears in the show. And yeah known of them are even related to each other. This is a crew of stranglers and young military members that are thrown together at the beginning of the show. Yes, they had a lot of issues with each other when they were trying to just survive in a situation that was beyond them when they were just thrown together, but these were the incidence that made them grow together the strongest. Later on in the series when the stakes get higher and the Earth Federation puts this ship in worse and worse battles and situations, their sense of camaraderie and strength (with some skill) kept them afloat. A little spoiler, the White Base was destroyed during the last battle, but ever crew member survived. It’s heart breaking and heartwarming at the same time.

Looking at this show, Mobile Suit Gundam is giving the message that family and friendships forged in fire are much stronger than natural family stuff. This isn’t that heavily explored though, because there is no normal family portrayed in a positive way in the series. Even in later additions to the Universal Century and many other alternate universes, the message remains the same. To me, that is something completely disappointing. In Gundam’s eyes, blood means nothing. If you have a happy family life now, it’s most likely not going to last very long.