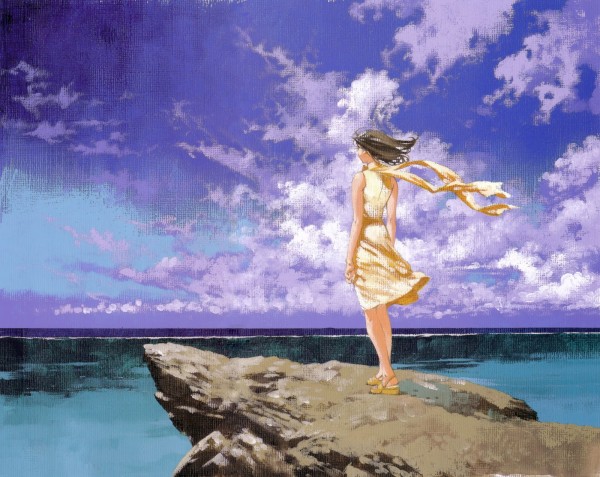 I feel like this post is a little late, but it’s about time I put more opinions out about the summer season. At this moment, I think the season as a whole is just ok. I would still put Winter 2017 in a higher place over the spring and the summer, but that doesn’t mean that there aren’t some good gems going on. I’m glad I didn’t pick up that much shows, because I’ve been enjoying watching older series that I’ve wanted to watch for a long time.  Onto some comments about the season.

Oh man, this show is summer 2017’s hidden gem. (Not so hidden now, but you get the point). It’s a great adventure story with solid art, great characters, and great animation. As our two heroes travel deeper into the abyss, they don’t know what they are going to face next. I also like how our main protagonist is characterized as an actual kid and not an adult in an kid’s body. That makes the series feel like the world to me.

Yeah, this show is still in this spot of my tier system. It’s a great show that feels like it’s gotten off its main plot a little bit, but it’s still great stuff. It looks like the series is going to end with the rival of one of Manoyama’s festivals which makes sense because it would fit that town’s culture and get a lot of attention. While elements of this plot make appearances on each episode, Sakura Quest is more focused on its characters and helping the town. Still, it’s a great watch.

This show has taken it’s time to air this season, so I don’t have anything new to say about it besides the fact that I was excited when it came back this last weekend. Finally, all that set up is going somewhere.

This show has been off for a couple weeks so I don’t have much to say about it either, but I’m excited to see how this show ends. The buildup and fantasy journey stuff has been great. The weakest plot is still leaning on the relationship between the protagonist and the villain boyfriend and that seems to be the main focus in the coming weeks, so I’m a bit worried about it. Still enjoyable though.

~Restaurant from Another World

This show is still telling us the guests of this restaurant and seeing people enjoy food, and it’s been working for me. It’s a fun and relaxing watch that I need in my life.

If you want to/my personal enjoyment:

Despite its need to know storytelling that stream lines the show, it’s a fun watch. I love seeing mechs being put together and fighting, that’s just the kind of person I am. The interesting focus on mech building instead of just fighting is pretty unique. It’s not a perfect watch, but it’s a lot of fun for people like me.

This show isn’t bad, but it’s kind of bland and doesn’t have that much focus. It feels like it’s going somewhere, but there is some lack of emotion in the series that feels like a huge disconnect. Episode three was great because there was a character with a lot of energy added into a series that doesn’t feel like it has much. In episode four, this character was either asleep or didn’t appear in it. All, I wish we knew more about the main villains besides that there plot is to remind people that they exist.

~Welcome to the Ballroom

I already wrote a long post about this series here, so this is my hate watch for the season.

So that’s it for me. What shows are you guys watching this season and what is your favorite? Let’s have a discussion in the comments below.