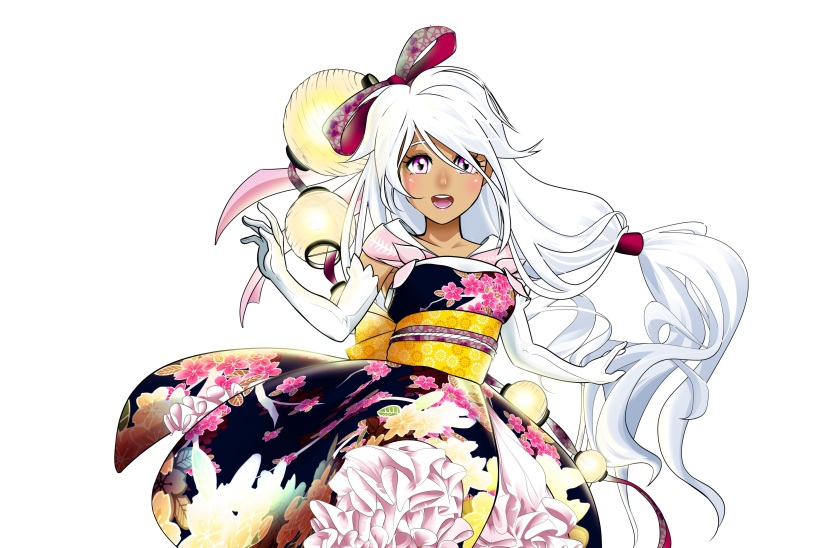 Hello everyone. During Easter weekend, I went to a very special convention with my dad and one of my best friends. Ok, maybe not a special one for everyone, but it was for me. This Convention itself is called Sakuracon. I was in the Washington State Convention Center in Seattle on the Friday and Saturday of holy week and It was truly a magical experience that can’t be rivaled anywhere else. Well, except maybe for other large anime conventions. To be honest, I haven’t been to many of those besides Sakuracon from eight years ago. I was just happy to return to this one and feel it’s pull again. There are so many things to talk about when it comes to this convention that is worthy of talking about and maybe provide the start of some good debates. Let’s jump in.

If there is anything that is great about a large anime convention about Sakuracon, it’s the people and the atmosphere. With this one, there was a huge air of enthusiasm that you can’t feel anywhere else. You know, because there is a huge air of no judging going on. Everybody there was a fan of these fun, weird, and unique cartoons from Japan. Even if we didn’t all like the same types of anime or some don’t watch modern anime. For most part, that doesn’t matter because most people weren’t there to judge everyone else. It’s honestly some of the most relaxing environments that one can be in that involve a large amount of people. I still think that being by yourself by watching anime is more relaxing, but conventions only come across every once in a while.

There was only a small ding for this aspect. Since most of the crowd is full of teenagers and I am in my later twenties. That means they are younger then I am and I can feel my energy psychically being taken from me. Part of that is the fact that I woke up really early on Friday morning in order to make to the convention on time though. Still, I can’t call this a negative thing, despite all exhaustion I faced. It’s kind of nice to see people being enthusiastic about things that they love and if that costs me something in return, then so be it. At least this is something that I can replenish most of the time. I mean, I took Monday off work for the following week just to get some of it back. That’s not a bad thing at all either. I honestly needed some time off from that stressful environment.

This one is a variation of my last point of interest. As one would expect from a convention, there was a large amount of cosplay. I wish I took some pictures of them, but I was too distracted from going from place to place and just being in aww of the wide variety of cosplay that was out there. I wouldn’t say that there was one single anime series that dominated the whole convention, as with things like Naruto, Bleach, and Attack on Titan from what I’ve seen from many pictures of cosplay from different conventions before either. If there was one series that slightly dominated compared to everything else, it was My Hero Academia. Obviously. Still, there was enough of every other series in existence to balance it out. This is not only a good thing that shows off the wide variety of anime that is out these days, but also provides this other worldly experience that you can’t get anywhere besides a convention.

I need to share some moments of note here. I can’t count how many times I’ve hard fun just standing to the side of an escalator and seeing all sorts of characters going up or down. It’s just such a sight to behold. One of my small lunch breaks was eating a sandwich for twenty minutes and just doing some crowd watching. The other small moment involved going up the elevator to my hotel room. The line up included Netflix’s team Voltron, batman wearing a maid costume, and a lot of clamp characters. My group ended up in the elevator with Card Captor Sakura, Chi from Chobits, and some other clamp character that I don’t know (I’m sorry, my knowledge on clamp is small). It’s so strange, but I love it. I know that I was a background character in all of this, remind me next time to cosplay as one of the greyed-out background characters from Durarara, but I think that’s ok. Not everyone has to cosplay.

I should have a note about the cosplay contest. Besides the terrible announcers, was amazing. So many well detailed cosplay to look at! My favorites were Guts wearing Berserker Armor and the Engmatic Gale from Thunderbolt Fantasy. Seeing how much work people put into their cosplay was beyond outstanding.

Besides the anime watching that I did in the hotel room, Sakuracon had four different screen rooms playing all sorts of anime. During the early mornings of the convention, or around 8 am, my little group would spend time in some of these rooms to take up some time before everything started. While I can’t say that I watched the best shows ever, it was so good to watch anime in public again. I even saw the few episodes of Granblue Fantasy again and I enjoyed it so much more than I did a year ago. I think that I have to go back and rewatch it at some point in the near future. I won’t say that it’s flawless at all, because it’s still a very basic anime series, but there is some good energy going on in the anime that I didn’t see before. I can’t say the same things for Endride and Wixoss, because I didn’t like those two for different reasons, but at least my knowledge of anime has been pushed a little further. All of that is for the good.

OH man, there were so many types of panels. From the special anime company industry panels that displayed all of there release announcements to panels that involved Japanese animators drawing in front of crowds to finally, fan panels that are very series focused. The favorite anime panel that I went to was just a Q&A for a certain Ian Sinclair. You know, Whis from Dragon Ball Super and Dandy from Space Dandy. The guy is so nice and just a pure riot that is full of personality and thoughtful opinions. It wasn’t the panel that I expected, but it was the panel that I needed right now. Still, there was some negatives when it comes to panels too.

The first one is Funimation. I honestly feel like Funimation’s complete attention was somewhere else this year. Probably Anime Boston Why? Because out of the two panels that they had, which I showed up for, they were 90 percent similar. The two in question were the Funimation Industry Panel and the Funimation Favorites panel. A lot of the clips and trailers that they used were seen in both of their panels. The only slight difference was the fact that Nichijou and Fruit Basket appeared in the Favorites panel. I feel like everything they made for Sakuracon was completely last minute. The announcer behind both of them was the same boring person that had no charisma. I went to Aniplex’s panel too, and that one was way more engaging. I was also disappointed by the lack of any Crunchyroll panel too. I’m sure they had some things they could have said about this spring season. Anything else I have to say about my disappointment with Funimation will appear in the dealer’s room segment.

The second one came from the Macross panel. I’m kind to be level with you guys, I’m not a huge over all fan of Macross yet. While I’ve seen all but two series in this Franchise, the original and Plus are the two series that stick into my mind the best because I’ve watched those multiple times. I’m more of a Gundam nut after all. And yeah, I’ve watched most of my Macross stuff, besides Frontier, by legal services. Since Macross 7 and Delta aren’t available anywhere legally, I haven’t watched them yet. This panel did help me get a lot more interested in Macross 7 and I think I am going the questionable route with that show soon. That’s not the point of this segment though, right? My interest in learning more about Macross from this panel wasn’t destroyed from elitist people came in wanting to argue about the particulars of the Macross franchise, but it really froze up the pace of the panel itself which dragged everything behind it. In the end, it wasn’t worth the experience. I stuck around because I wanted to learn more about Shoji’s Kawamori’s baby. This experience with elitist fans will inspire a post about this experience and a few others will appear next week.

Ok, I’m not going to lie. I was completely seduced by the Dealer’s Hall. I was smart enough to limit myself by taking out some cash from an ATM machine before I went to the con, but still. I bought a lot of series and movies that I have to watch soon. I also bought Gunpla. If the NU Gundam wasn’t there, I wouldn’t have bought it. That is my favorite Gundam and there was no way I was leaving that Dealer’s Hall with out it. Now I need to read some posts on how to build it. While I love Gundam to death, I have not dug deep into the Gunpla building thing yet. I still have a lot to learn when it comes to being a Gundam fan. Oh, for series I bought, I mostly went the Gundam route with a movie that came out last year and a couple older series too. Everything I bought is in the picture down below.

As for disappointments, let’s talk about Funimation again. The funimation booth in the Dealer’s hall had no Funimation people there. Every single employee manning this area was from F.Y.E. There funimation laynards had F.Y.E. on them. Is Anime Boston more important than Sakuracon? I mean, this convention one of the top five largest anime conventions in the United States? Why is Funimation treating Sakuracon like this?

Besides the opening ceremony of this Sakuracon being almost an exact copy of what I remember from years ago, I didn’t have any more complaints about my experience. Maybe that’s because I haven’t seen all of this in a while and was just excited to be there. All of that was barely fresh in my mind at that moment, so I welcomed it all in. Despite this not being a perfect convention experience, I still had a lot of fun and I want to go back when I can. This convention was a learning experience. I know what to look for, what to do about travel, and what things to avoid the next time I go. I’m not sure when that will be, because I feel like next year is completely up in the air for me, but I hope I come back to it. This is my home con after all. Thank you all for reading about my convention experience.