I recently wrote an OWL’S Post about this show where I approached this show on a minor level and talk about my life’s journey. Well, I finished the show the Sunday before that post appeared on WordPress and feel like I have so much to say about this show because I really liked it. Thanks to Ospreyshire from Iridium Eye for recommending this show. I was in a questionable state of mind of whether or not I should buy this series, but it’s timely arrival on Crunchyroll made it an immediate watch for me. I almost wish that I did buy this show, because I enjoyed it enough that I feel like it’s something that I have to buy in future. Considering that this post is a review, there will be spoilers in this one. Just a small warning.

Key is an ova series from the mid 90’s from Studio Peirrot. It centers around a character named Tokiko Mima whose nickname is Key because she is a robot. In the beginning of this series, Key left her rural town for Tokyo. Before moving, Key’s Grandfather, a scientist who wanted to turn Key into a real girl, was assassinated by the mysterious Doctor Ajou. What Key’s grandfather left behind was a message telling her how she could turn into a human, which is making friends with thirty thousand people. You see why she left her Rural town now right? Key thought she had a better chance of accomplishing this goal by going to an area with a higher populous, thus Tokyo.

In Tokyo, Key meets up with her friend Sakura and also gets entangled in an interesting plot. A plot centered around an idol named Miho. An Idol who is the number one star for the company lead by that mysterious Doctor Ajou. Let the plot begin with all kinds of conspiracies, cool technology, religion, and all sorts of commentary toward what makes a human a human. As always, things are definitely not what they seem. Also, keep this show away from children. There are quite a few adult themes and a lot of brutality running around this series. Not just a series about a cute robot turning into a girl.

This show sports a very interesting cast of cast of characters. The cast is small enough to fully develop, but large enough to not make sure this show feel empty. Besides Key and Sakura, we also have Shuichi, the president of Miho’s fan club, Wakagi, could be called Key’s stealth body guard, special religious leader whose named I forget, our villain Doctor Ajou, and the muscle-bound villain whose name is Sergei. Each one of them are fully fleshed out in ways that makes them feel realistic. I only wish that the idol Miho had more character, but there is a reason for that. She’s just a puppet to make a robot sing on a stage. Let’s talk about some of these characters more particularly. How about Key, Sakura, and Doctor Ajou? 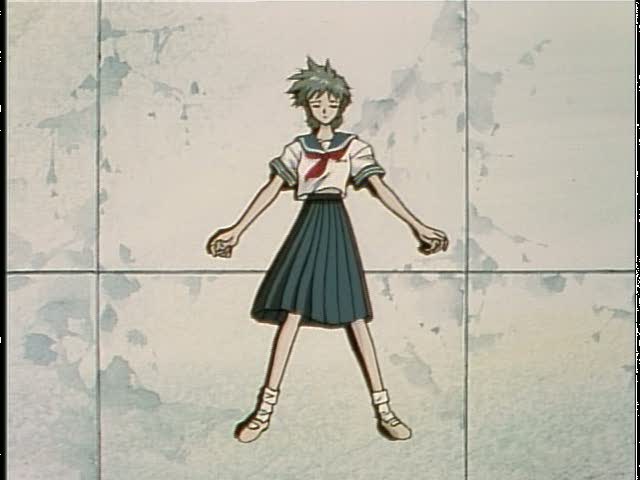 As you would expect for a character that is a robot, Tokiko Mima, or Key, has no emotions. She can be a boring character, especially with the way her seiyuu talks in a monotone, but that’s to be expected. People that are robots and have to have things explained to them aren’t the most interesting characters, but there are more intriguing things about her then you would think. At the right moments and with the right audience setting around her, Key turns human and has magical abilities to solve problems that nobody has answers for. This gives that whole “Key needs to make friends with 30,000 people” thing into perspective and adds weight to this concept. Key has so much complexity going on than just being a blank canvas of a character. 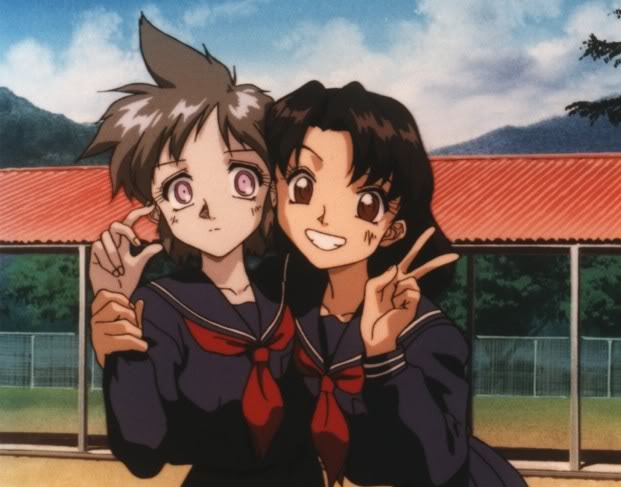 From there, we move on to Sakura. As interesting and complex as Key can be a lot of the time, I feel like Sakura is the one that carries the show. She is the most human character of the show and a lot of Key’s emotional growth comes from her relationship with Sakura. When we first meet Sakura, she is working as a pizza delivery girl. That’s her character. She works two jobs just to survive in Tokyo and that is why she is the best character. She is grounded in more ways than one would ever expect. With all this in play, Sakura still takes in her friend Tokiko and does a lot of leg work to help Key turn into a human. How is Sakura not getting awards for best character ever all over the place? Seriously.

Let’s move onto our villain. I’m so glad that Doctor Ajou is more interesting then just being a force that goes against Key and her ambition to be human. Oh no, he has quite a few goals on his own. He originally worked a job that produced materials and weapons for the military. Then he heard about Doctor Mima’s research on humanoid and thought “oh, that’s cool”. A little bit of spoiler’s here, but after multiple failures, he decided to make robot idols just to show people that an audience wouldn’t be able to tell the difference between human and robots. The only thing in his way is Key. I love the complexity behind this relationship. I’m not saying that this makes him a good guy at all, because he does a lot of horrible things, but having a goal differentiates Ajou from a lot of other villains who are evil just to be evil.

The art for this show, over all, is great. I love the various character designs show each of these character’s personality. Every single character had a different body shape, a different hair style, and a different clothing style that made it easy to tell who is who by their character profiles. I’m not saying that this doesn’t happen in this day in age, because I just watched the first episode of Megalo Box that did this same thing, but Key: The Metal Idol just pulls this off in spades. I can say that for all the art designs of different settings. Each of them where unique and had their own sense of life to them as well. The way some places are shaded or colorized makes these places pop out in the best ways that cell animation has. Also, the direction in general was incredible.

With all those positives of art comes the negatives of animation. There are real stand out sakuga style moments of Key turning human and performing amazing feats in front of people still stand out in my mind right now. A lot of scenes with robots moving around stand out in my mind too, because each robot that moves around feels like they have weight behind them, so the show does a great job of taking fantastical things and making them feel real. The down side to this are the large amount of still frames or characters sitting or standing around. For an OVA series, I thought more resources would be put into this show for many more stand out moments, but maybe my thoughts of what make an OVA now and an OVA in the middle 90’s differ by quite a bit. Maybe more exploration needs to be put into this.

Putting aside all of the themes, technology, evil, and concepts of humanity, I love how this show uses the backstage events and preparation in actual idol shows vs what fans see when an idol sings on stage as a frame work to put all of the themes I just pushed to the side on. It adds an extra layer of reality to this whole venture. The whole “this character is just a soulless product of what this particular company is trying to sell to an audience to make money” thing could have just been a show by itself, but this series won me over by being an incredible intelligent show that had a lot to say. This series’ method of talking about each its themes and concepts is good for the most part. There is just one massive hang up here.

Episode 14 is awful. It is full of people standing or sitting around talking exposition to each other. To make matters worse, it is ninety minutes of that happening. The payoff is the great finale that is episode 15. After standing still for so long, we get a lot of characters doing various actions that play along with the themes with this show as a whole. The sad part is that you cannot skip episode 14, because episode 15 wouldn’t make any sense otherwise. All of that context and exposition is completely necessary.

In the end, what else can I do then recommend this show to everyone? At this moment, this is one of my favorite idol shows along side Skip Beat (it counts), and the Macross franchise. The reasons why are that this show explores the concepts of what makes a human being human in a much more unique direction then I have ever seen. There are some twists and turns that might or might not be predictable, depending on who you are and your knowledge of how certain plot points work in a story, but have a lot of weight and meaning behind them. Please put this on your watch list everyone. It’s only 13 episodes at basic anime episode length plus two ninety-minute episodes to finish the whole series off. If you like things similar to Ghost in the Shell, Serial Experiments Lain, and Ergo Proxy, this series is meant for you to watch. If you aren’t, then there is still enough going on to make it worthy of your attention. It’s good all around.

(All images from this post come from Google Searches)

4 thoughts on “Key: The Metal Idol – A Little Touch of Humanity”