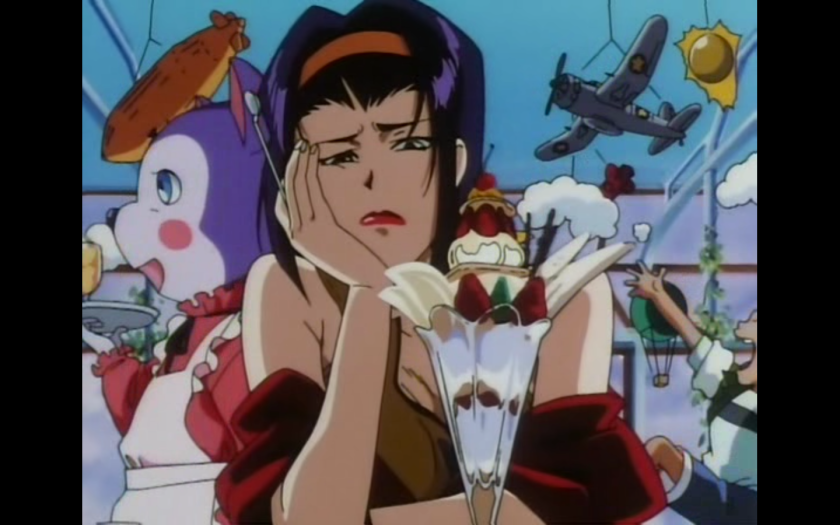 If there is one thing that bothers me about modern anime fandom, it’s people’s lack of understanding or dislike of episodic or mini arc storytelling. To me, it’s one of the most under rated forms of storytelling there is. I don’t think some people appreciate how much freedom it gives anime and what it can do for the character that are involved in them and the world/universe that a series is centered around. Even if a show is centered around one character moving from place to place to solve a problem or explore a place’s philosophy like Mushishi and Kino’s Journey (2003), there is so much you can do with the format to make it feel exciting and fresh. Many anime and source material (when they have them) with this format are famous and on going for a reason. I’m not dissing on longer arcs, because some of my favorite anime have these long sweeping arcs that lost through out a series’ entire run. Especially slow ones that take the take to flesh out everything in that character’s universe. Still, I think there is something wrong with a show being put on train tracks sometimes. It can limit a lot of creativity in a show’s universe, which can be disappointing.

What is it about episodic story telling that speaks to me you might ask? I did touch on this with my introduction paragraph, but I don’t think that was enough. To push this a little further, an episodic series allows its characters to be put into different locations and react to different situations every time we see them. By doing this, we get to know these characters more. Based on what a character is presented to do, we can get a deeper sense of a character’s ideology, how they deal with loss and frustration, or what kind of sense of humor they have. Sometimes, the episode is centered around someone’s home town and you can get to know their family and a little of their backstory as well. Also, some characters that are usually in the background of a series and just have a few sentences each important episode can have one dedicated to them that fleshes them out more. A fantasy adventure series or any other series with a solid plot that only gets focused on once a while like Cowboy Bebop, Stand Alone Complex, and Moriboto, have tons of episodes centered around episodic storytelling. Considering that characters and world building are the two things that I look for in media in general, that’s why episodic story telling is my favorite form of storytelling.

To explain myself further, I am going to use two series that have come out recently and have used both story forms to push my point forward a bit more. Those series being Little Witch Academia and Violet Evergarden. LWA’s first half is full of zany, episodic adventures with a large part of it’s cast which gave a more focused arc in the second half. Violet Evargarden is a little different, because it was plot a plot sandwich. It had a more focused story in the beginning and end of the anime with episodic stories told in between all of those. In each of those anime series, I preferred their episodic focused set of episodes.

Little Witch Academia had our protagonist crew and friends talk to dragons that can mess around with stock markets and even had some ballroom shenanigans that moved around the politics and under lying themes that the show was trying to convey. Yes, magical/technology/artist commentary were subtle. What annoyed me about the show’s second half was the fact that the theme was put into forefront, so it beat our heads with it. I mean come on, a character was introduced who is literally this theme in a hand basket. Also, a lot of characters that went on adventures in the first half were no longer important. We were in arc land now. The rail road tracks came out and those who weren’t apart of the ride were left in the train’s wake. Such a disappointing end to a fun series and truly magical series.

No, I can’t exactly call Violet Evergarden’s non-episodic stuff bad. Oh no, not at all. We got to know where Violet came from during them and the later portion shows how much Violet has grown on a personal level. It’s just that all her development came from those episodic stories. By going through the many experiences of others emotional journeys, she had a large emotional exploration with them. She was no longer a doll except by job description. All the arc-based story telling at the end did was showing other characters how she changed. Things, like I said, we already knew. The emotional weight isn’t as strong as it was, it’s just reaffirmed instead. Not a bad thing, but not what I would prefer either.

If we want to talk about an even more recent example, Kakuriyo is airing this season and it’s episodic. Now, I am not going to say that there is anything particularly special about the series. The characters are passably interesting, and the world is definitely a thing that exists. I just want to say right here that if this show wasn’t episodic in nature with the smallest of plot elements tying everything together, I most likely wouldn’t be watching it. The show centers around Aoi’s episodic adventures of setting up an eatery, interacting with interesting sorts of cute boys and fun female characters of various demon races, and sometimes going some place with her possible ogre husband and seeing how some parts of a world work. I don’t think it does any of those in a strong manner, besides going on dates with her maybe husband, but it’s still there. With the relaxed sort of mood, the show is always in and seeing what adventures Aoi is going into next. There is something addictive about it.

Remember when I said earlier that some of my favorite series have long running arcs? It’s true. Many series from Gundam franchise, the original adaptation of Legend of the Galactic Heroes, HunterXHunter, and series like Nana are all series with long arcs. Notice the key term here, long. I honestly don’t think that your typical one cour seasonal anime have the best use of arcs, because those shows can either focus on a small cast of characters and use clichés for the rest of the cast or focus on a large cast of characters and have the story barely progress at all. Long and slow arcs not only make a feel a series feel completely realistic. They have enough room and time to not only develop the main cast of characters but also have a well-developed side cast while also traversing complex political ramifications and action scenes if you have a series that has them. You can’t have a long space opera or shonen series without long arcs. You can’t have a realistic drama like Space Brothers (I think, because I haven’t watched it yet) or Nana without long arcs. Short arcs don’t work for that kind of storytelling. Not saying they can’t make a good one cour arc series, because there are plenty of those, but they aren’t as good as they could be.

If you want an example of what I am talking, let’s talk about Legend of the Galactic Heroes (2018) vs the original series. Before anything, both series are very good for what they want to accomplish. I like the new version a lot. I never expected it to be as good as it is, but I think it’s well put together, beautiful, and written very well. I think it’s great to have another solid space opera to watch every week alongside Yamato 2202 for now. Still, there some differences between the original series and this 2018 edition. This new series does only a good job of balancing some character development alongside a small cast, storylines warfare, and economic/political situations of the war is going on. The original series is a little slower, so it’s developed it’s cast better over time. The battle of Iserlohn took the original series three episodes, while it took the newer series one episode’s length of time. I also think that the newer series is skipping over a lot of details from the empire’s point of view, because the focus is on the Free Planets alliance. The new series’ limited run time means that it can’t go as in-depth with its themes without costs. Not that this is a bad thing, but I prefer one over another.

I think that I have said everything that I could possibly say. I did skip over filler episodes in longer anime series, but there doesn’t seem to be much to talk about there. Like everything else, episodic story telling is far from perfect, because there have been some not so great series that have used it. Still, it makes a lot more sense to me from a seasonal and short anime story telling perspective given how long anime the typical anime runs these days. This is my type point of view though. Please don’t take this as me forcing my opinions on any of you. I hope I explained how I think and feel well enough.