Hi everyone. It’s been along time since I’ve done a tag post. If I could ever give a reason for it, it’s because I give enough of myself and my personal feelings on my blog and I don’t usually like being tied down to certain prompts to do it. Also, tagging people takes a lot of time. Finding who was tagged before so you can skip over them takes quite a bit of effort and I don’t enjoy that experience at all. I’m sorry everyone who has tagged me for something else. Really, I am.

Still, this one sounded interesting and kind of dangerous. I haven’t ever built a harem before, though I have listed some of my favorite female characters on a separate post. This is kind of a different way to look at it for me. This is Anime Q and A’s idea, so let’s all thank him for creating this one.

So let’s lay down some rules.

The ‘Build A Harem’ Tag Rules:

1)Link back to the original post on Anime QandA so they can check out everyone’s picks!

2)Use the ‘Build A Harem’ logo somewhere in the post.

3)Make sure to mention the person who nominated you too!

4)Pick 5 Anime Characters (any show & any gender) that would be in your ideal harem if you were the main character of a harem anime, explain a little bit as to why they are your picks (if you want).

5)Make sure each character you pick falls into some of the following harem character types: Childhood friend, tom boy/girl, genki girl/boy, loli/shota, trap, tsundere, yandere, kuudere, dandere, etc. (If there’s a character you’ve picked that doesn’t specifically fall into one of these types or falls into multiple types that’s fine too!)

6)Nominate 5 people to participate in this tag!

I was tagged by Karandi and I am going to be bad by using her amended idea in my post. I agree with her idea that “deres” limit what a character is, because characters are much more then hot and cold like what defines a tsundere. Let’s give our characters more credit then that, ok? Also, it’s my harem and I am going to break the rules if I want to. I will use Karandi’s example and twist it a little bit, plus I will tag five people at the end. You can be sure about that.

1) The do everything girl

You know those characters who are insanely attractive, but can do everything so naturally? Kind of like the all-around girl that can take care of all the bases? Well, Yurika Misumaru from Martian Successor Nadesico is that character for me. She is insanely attractive, is kind of bubbly, but is also insanely smart too. Even though she doesn’t look like it, she is a naturally gifted captain. Her nature and her intelligence don’t line up like most people would expect from her, so that is what makes her complex and interesting to me. 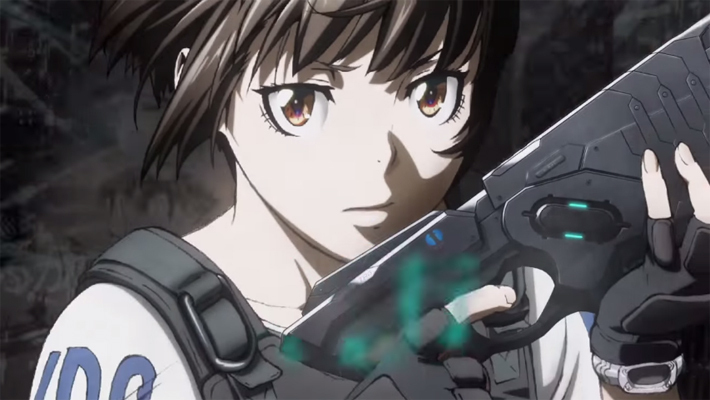 I think that people who have been reading my posts for a while already know this, because I’ve said her name in many places. This is where I place my favorite female character (and waifu if you are the kind of person to use that term). This was the movie version of Akane Tsunemori from Psycho Pass. She has grown up quite a bit since the series. Add that and her thinking capacity and she perfectly fits this role for me.

3) Lives in her own realm 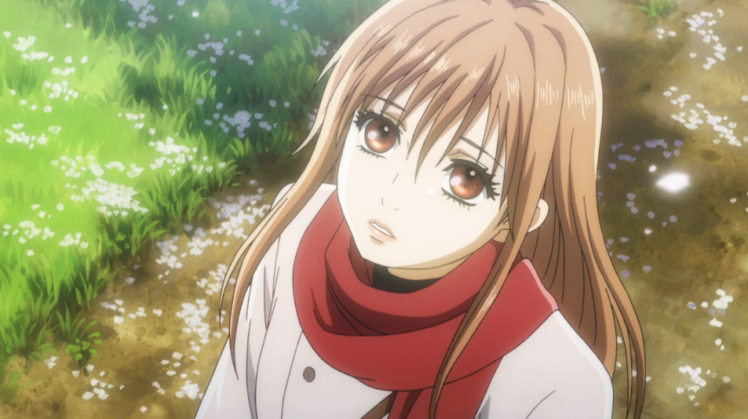 So this is a completely new addition for me, because I’ve been loving this series recently. It’s Chihayafuru. Chihaya is an attractive character who is incredibly bubbly, but she is more than that. She is so energetic and hard working in what she wants to accomplish. She’s too busy practicing and playing Karuta to hang out with the other characters in this harem, and that’s ok. She can do what she wants. If she didn’t, Chihaya wouldn’t be Chihaya.

As strong as she is, Kyouko Mogami from Skip Beat feels like she needs a hug. She had an incredibly hard beginning of her life and while she has gone past it all, Kyouko constantly gets dragged by people she knew in her past. As strong and wonderful and talented as she is, Kyouko just needs a hug and for some one to tell her it’s going to be ok.

Ok, this one was a hard choice for me, but Noa Izumi from Patlabor is just too perfect and too hilarious not to put in this list. She is infinitesimally hot blooded and a never say die character that won’t let anyone step in her way and she is just so much fun to watch. Also, I appreciate how she loves mechs and gives them names. That’s an attractive quality to me. *cough* Give Noa Alphonse and she is completely unstoppable. Also, she is incredibly caring, wonderful, and funny.

In the end, I don’t think I really want to have a harem. Having them focus on me would limit their characters in a lot of ways. That’s one of a few things I don’t like harem anime series. Still, this one fun and I tried to pick choices I usually wouldn’t except one. In the end, I really want to see how these characters would interact with each other in a room. This is probably one of the least dangerous harem combos out there, so I think they all balance each other out very well.

That’s it. Have fun, people!

30 thoughts on “Harems are dangerous, man”