Hello everyone, I’m back with another gunpla build. Last time was my Nu Gundam build, which you can see here. I made several mistakes in that build, so I tried to take a few lessons from that experience. All of those come down done to taking my time, making more precise cuts, and sanding down some parts that aren’t perfectly cuts. I still have much to learn when it comes to building these model kits, but it’s something that I am willing to do more of. I can’t wait to do more.

As mentioned in the title, I build a Zaku ii this time. There are a couple reasons that I choose the Zaku for my second gunpla build. The first one is that it was only 20 USD on amazon and I was buying a tool kit at the same time, so I thought that this was a good kit to christen my build tools with. The other one is that I watched the last of the Gundam Origin movies recently and I loved how the Zaku was portrayed in the film. I always have had a love for this grunt unit in the original series too, because the Zeon designs are far more interesting then the Federations (fight me, I dare you), but the Zaku took the spot light of movie 6 by just being plain bad ass.

Here are some progress shots: 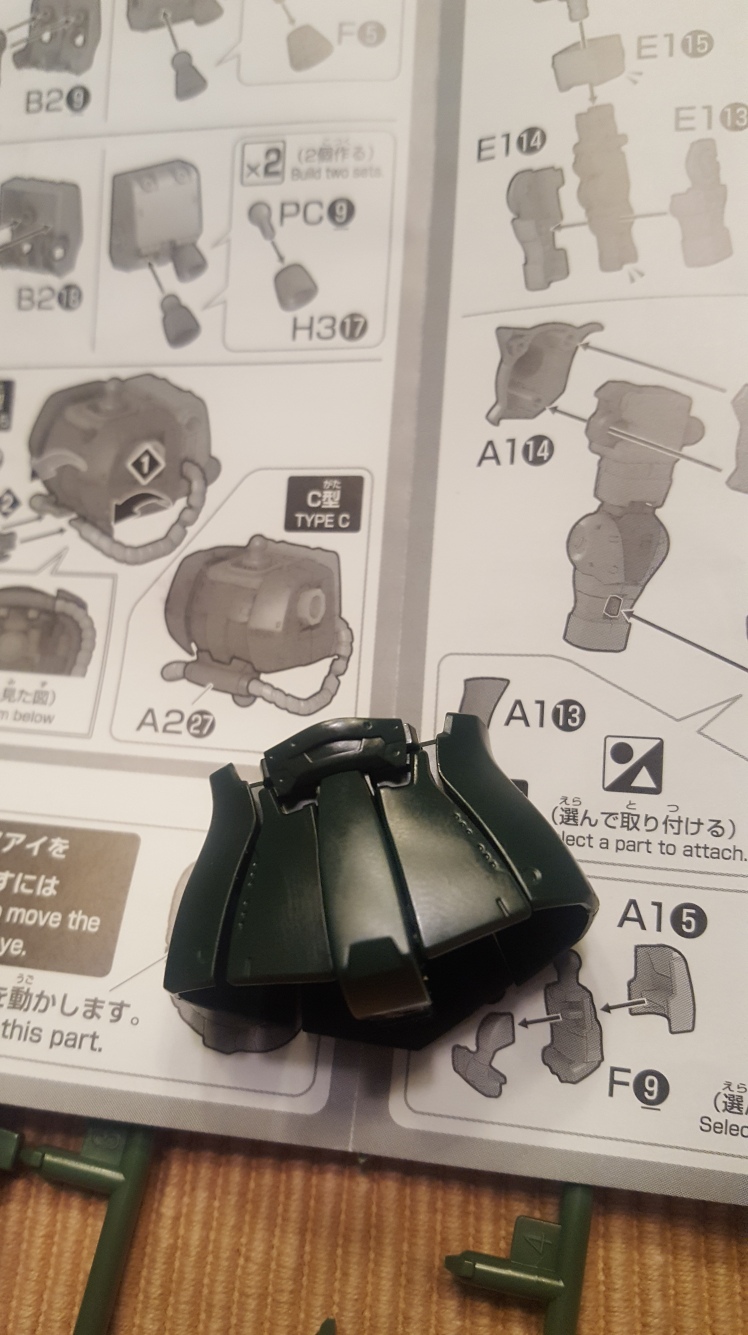 And the final result. The Zaku wasn’t as complicated as the Nu Gundam in terms of parts. 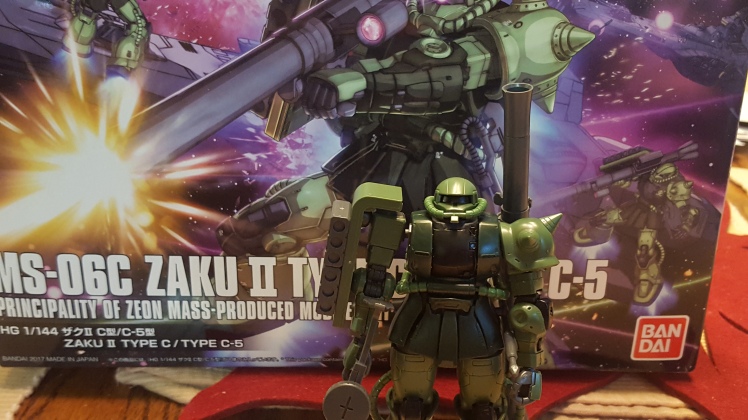 I wanted to show these off, here is the tool kit that I bought from Amazon. 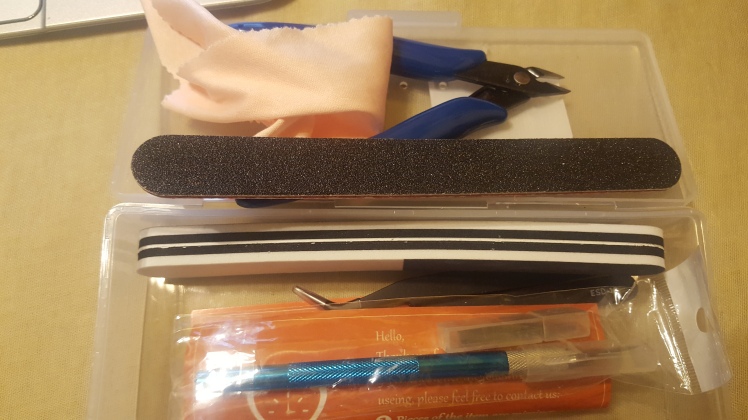 It was pretty cheap; only 10 USD. I mostly used the blue trimmers and the file from time to time. It’s missing some of the things that my coworkers tool kit had, like the markers for outlining certain parts of gunpla kits, but I don’t know how to do those yet. I might buy a set of those in the future and look up some youtube tutorials on how to outline parts. Who knows?

Here is some fun with my gunpla sets. 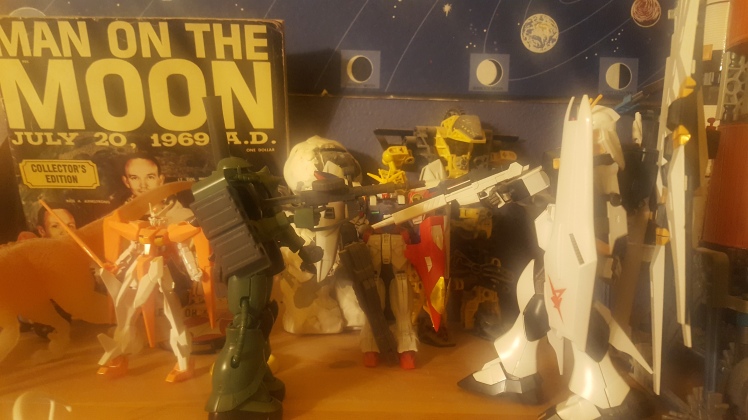 Canonically, the Nu Gundam would win with just the fact that one is a Gundam is one isn’t without even touching upon the 14-year technology gap, but this was worth doing for fun anyway. I have more toys to play with!

Anyway, if you are interested in seeing what I am going to build next, here is a hint.

I’m still waiting for this kit to appear in the mail. Hopefully it arrives by the time this post goes up.