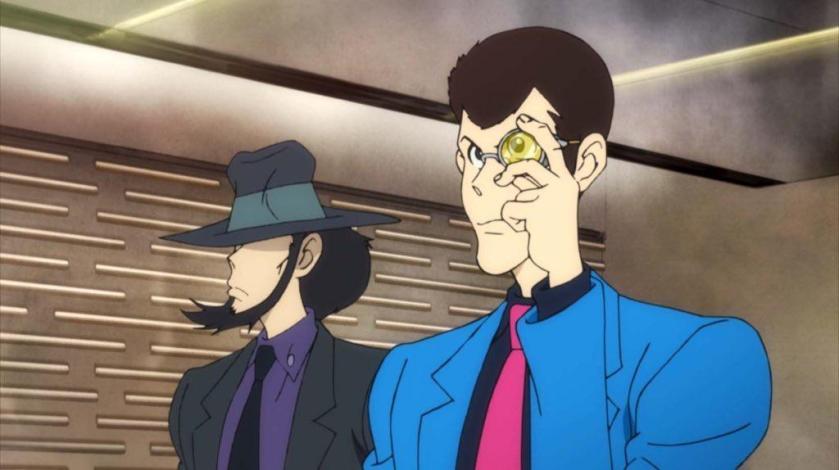 Do I feel like I am qualified to write a full-fledged Lupin post? Not usually, but I felt especially strong about this thought process when it’s centered around Part 5. To me, there are so many sides of this certain portion of Lupin that are a lot more than just mere bits of Lupin and his gang performing a crime that takes an episode for them to perform some sort of fantastic crime or who knows what else? To me, it’s becoming more and more obvious that the people that produced this series wanted to do more then tell a story. They wanted to go deeper into these characters then any Lupin series has ever gone besides maybe A Woman Called Fujiko Mine have done before. It became more apparent to me that the staff producing this series love this franchise and they wanted to explore it more using the context of technology and social media as it’s platform. It more than works for this series.

If you’ve read my A Women Called Fujiko Mine review you might know who these cast members are, but let’s describe them a little better here.

Here is Arsene Lupin the Third: The goofy master thief that is also a bit of a womenizer

Fujiko Mine: The Sexy Fem Fatale whose alignment is always questionable

Zenigata: The law officer who works for the ICPO who is hard working and won’t stop until he catches lupin 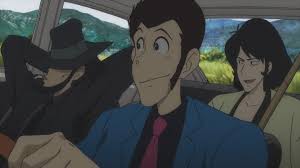 On the left: Jigen. The guy who never misses a shot.
Right: Goemon the Samurai. He has a sword that can cut through anything.

The most humorous parts of part five come from putting Lupin and his gang into situations that feel completely natural to them. Putting Lupin as a person to follow on social media is the stuff of genius. Lupin such a fun character that has a goofy personality attached to him. He also travels all over the world and does interesting things throughout the franchise’s run. There you go, he’s more than a natural person that anyone would want to follow on social media. Instant celebrity status. I know I would follow him in an instant. I also love how our character who also dresses up as a samurai had an episode where he was put into a cosplay convention. Goemon also stays at a hotel in “ninja room” which pokes fun at him more. This poking of fun never comes from a mean place. Very elbow nudging.

Backing away from that with a smile,  let’s talk about Part 5’s exploration of Lupin through adding more characters that more then add to Lupin’s cast. One of my many favorites part of this series is the show giving Lupin more of a backstory. You know, his early thieving days when he was so hot blooded. The very fact that Lupin met a character from his early days. The two have a great chemistry together and Albert is a fantastic character in his own right. He’s just as good at thieving skills at Lupin is. Their match against each other in one of the earlier arcs was thrilling and Lupin lost their first go around in a horrifying way. Also, he has a boyfriend. Albert is too interesting and underutilized in the later part of the show, but I loved seeing him up a building helping out Jigen when Jigen was the only member of Lupin’s gang that wasn’t caught. Also, there is the fact that he stole a hacker in the last episode for his own purposes. He’s scheming something and I hope there is a part 6 to where he is the villain. All this build up must go somewhere and that’s where I want it to go. Albert would make part six fantastic just with his smile.

Ami is another character that needs to be talked about. When she first appeared, I wasn’t a fan of her at all. She was that basic shut in computer hacker that has no distinct personality at all. Ami was saved by Lupin and his gang and she seemed like a huge contrast to everyone else. While Lupin and everyone else wanted to have fun with their hot pot meals and everything, Ami just wanted food that had enough nutrients to keep her alive without caring about taste. That changed as she hanged out with the Lupin gang because Ami got so many interesting character traits and became the group’s hacker. What is even more interesting is when she was tossed between characters. You know, like she played the daughter role to when Lupin and Zenigata or Lupin and Fujiko. She not only brought out interesting interactions between those characters we’ve never seen before, but she learned a lot from all of it. I’m not a big fan of her having a crush on Lupin thing, but she’s pretty good otherwise. I doubt she will stick around in other Lupin iterations like Rebecca in part four, but I really want her too.

And then we go further into Lupin’s various relationships with his team mates. Ami was the starter for some of these interactions, but social media adds more complications. People Book, the thing that I consider scarier than the Psycho Pass system. Why? Well if you have a smart phone and aim your phone at people’s faces, you can tell find out everything about a person. You know: jobs, what kind of personality you have, some of your hobbies, possible disguises you might wear for heists, what escape routes you usually use when escaping a heist, and when pressed and asked about it, your relationships with other people. Some of those aspects were used to track Lupin down, but the social media aspect has been explored a little more. We aren’t just talking about following Lupin on twitter here, though I want to, we mean can a computer program define how one person feels for another. Between being around Ami and Social media, we get a good range of how characters feel for each other. It’s such fun stuff.

The most interesting relationship that is explored is with Fujiko and Lupin. What does Fujiko mean to Lupin? What does Lupin mine to Fujiko? Given the fact that Fujiko has cared for Lupin when he was dying and has attempted to give Lupin a gift but has failed completely, it’s obvious that Lupin and Fujiko care for each other. It’s just that they are never synced with each other. Lupin may hit on Fujiko all the time, but they’ve never talked about their feelings for each other and that’s why they’ve always had the fem fatale and Lupin relationship instead of having something together. On the Goemon and Lupin’s rivalry relationship. Because of People Book, Goemon challenged Lupin for his honor and Lupin answered back in kind. Of course, Lupin was hurt in their duel and that resulted in showing how much Goemon cared for Lupin as well. They are friends after all. Zenigata and Lupin have a similar one. Jigen and Lupin’s relationship was not explored as much, but we can say that it’s one that goes beyond words as well. 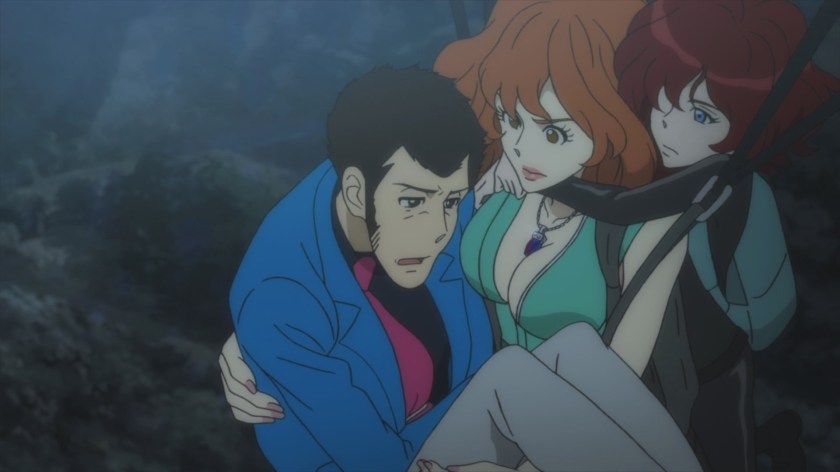 None of this is flawless though. For one thing, no character interaction is given a complete and solid answer by Lupin or any parties he’s involved with. That can be a flaw for some people. Not for me, because I like the nuance everything is given. The simple answer of him going on just for the thrill of the chase is the only answer that I need. In life, no character’s relationships can be answered so easily. It’s just a fact of life. This focus on character interactions does hurt some arcs for me. I won’t say that any story arcs are bad, but the sophisticated situations based on the bombings in Paris and the civil war in not India could have more focus to them. Sometimes their situations go by so quickly that they don’t have that much lasting power to me. All in all, that doesn’t affect the show to a large degree. I love Lupin the Third: Part 5. 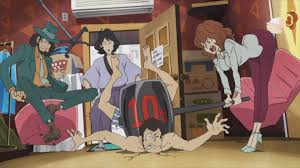 What ties all of this together are the flash back episodes to previous Lupin styles. Part 5 contains an episode that is very similar to style to Part 3, Part 1, and two episodes like Part 2. All of them lovingly replicated with the part 5’s insane production values. Like holy crap, this show is beautiful on too many fronts. The conclusion that these appeared in part 5 to me are not only to get newer fans get interested in Lupin, to show the staff’s love of the Lupin the Third franchise, but to also connect this whole character exploration bit into this equation. It all comes to a head when the screens in the villain’s layer display the various times Lupin and Goemon have dueled each other. After many years of exploration, we are finally getting to meat of their relationships in this franchise. It’s all connecting in ways that we’ve never seen before. Also for someone like me who hasn’t watched all the Lupin that have come into existence. I might need to change that at some point.

Upon writing and thinking about this post, I’ve realized that the biggest yard stick for how I’ve changed and grown writing wise is the difference between this post and my Lupin The Third: Part 4 review that I wrote when I was first starting out. I still don’t know what I’m doing regarding running this blog, but I had an even smaller idea of what I was doing back then. Damn. I think I’ve gotten a little better though. Just a tiny bit.