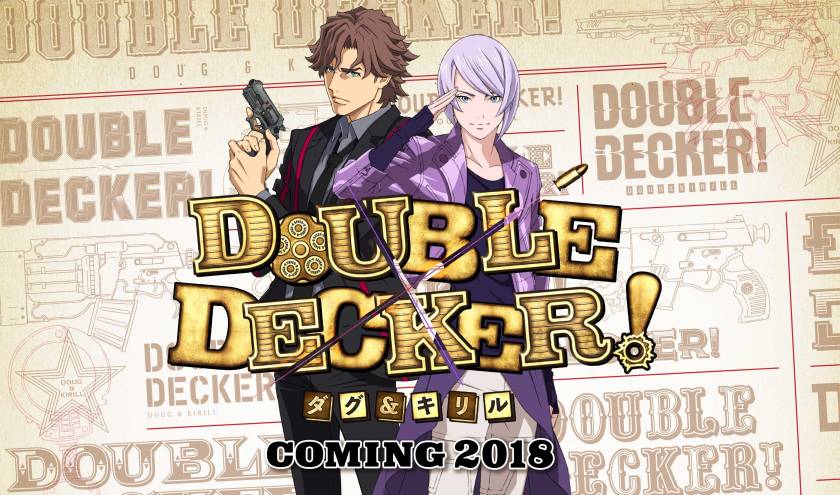 Have you ever wanted to be a hero? Do you feel like you have what it takes to be one? I don’t mean being super strong and brave like the cliché super hero. Did you ever feel like you have the heart to be a super hero? You know someone like Deku who, during his non-super powered stages, found his legs moving to help someone before he even realized it. What happens if you don’t have any of those things? Then hopefully you aren’t an idiot like Double Decker’s protagonist Kiril who just wants to be a hero to be famous. Still, that is alright in the world of Double Decker whose Zaniness goes beyond the bounds of normal world’s like ours. I guess that might be what happens when you create a Tiger and Bunny prequel thing. That is what drove me to watching this show in the first place.

Double Decker’s concept is in the title. The special unit called Seven-O is a special police force/detective unit dedicated to stopping or policing any possible uses of the Drug called Anthem. Anthem is a drug that is known to give people super powers and/or can cause who knows what kind of damage to the human body when an overdose occurs. Now Seven-O is a unique unit formed from three units of partners and their idiot boss. The first unit, our main protagonist unit is built from the already mentioned idiot named Kiril who always wanted to be a hero and the guy who you never know what he is thinking yet is completely bad ass by the name of Doug. The second important unit is the overly bombastic sniper by the name of Pink and the by the book newcomer, Kei. The group that doesn’t get enough attention is Yuri, the girl robot, and Boxer, the bad ass motorcyclist woman. Fun stuff all around though.

The selling point of this show at first how zany and unpredictable the show is. There are more plot twists in a comedic direction then a Shyamalan film. Part of this is because of the unreliable narrator. He has a habit of deliberately leading the audience in a different direction through audience previews and then the show completely ignoring those segments OR the show just being itself and never giving the viewer the whole story until the right moment. Double Decker’s editing was interesting as well because scenes could be like a cop show with a blurred-out filter over people’s faces or even who knows what else. It’s fun times until the show takes a more serious turn which is kind of pulled off in a sort of half and half manner

If Double Decker had a weak point, it’s some of the episodic stories. Some of those are either placed in the wrong placed in what feels dramatically the wrong spot or just are written terribly. These are usually the backstory episodes of our some of the cast. Doug’s episode for example completely resolves all his conflicts and arcs. Now, he is just a character involved with this conflict who is just there because he is supposed to be there. Boxer’s backstory episode resolves a completely different issue. The episode barely focused on her and the plot was incredibly cliché and boring. Combine that with a pace that is too fast and you have an episode that is just waste of time and doesn’t do any good for the show itself. You know what the worst part is? One happened right after another which resulted me in me almost dropping Double Decker. It’s a good thing the show picked up a little bit after the fact. Especially when the show played on both of its dramatic elements and developing Kiril in interesting ways. 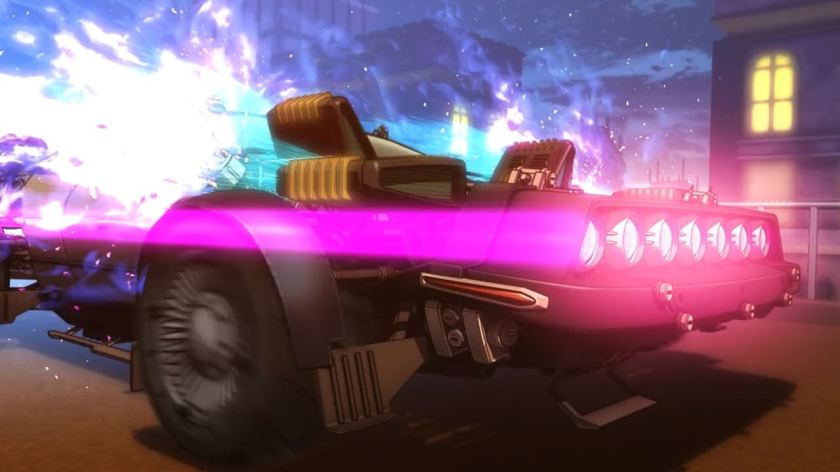 If there is a more interesting aspect that should be brought up last, it’s the visuals. Besides the expressionless faces that each of the characters have, so they are only are used for lip flaps, the character models and their designs are unique. They each have their unique body designs, clothing choices, hair styles and colors, and of course personalities. That’s what I love about them even if some are lacking in some character personalities. Still, I do need to mention something. Each character has two suit designs. They have their standard everyday suits with each give some semblance of their personalities, but they also have the battle clothes that look even color. Those secondary suits are when they turn into cg models for fighting and battle animation. The transition isn’t usually awkward, but there is enough of a different to tell that something is afoot. Other than that, the production design itself is exciting along with police DeLoreans and stuff. It’s just so cool.

If I have to recommend this series to someone, it would be to those who either are interested in maybe seeing some backstory from Tiger and Bunny if that is actually what Double Decker is or those who are fans of Blockade Battlefront. Double Decker has the same kind of set up with a group of weirdos that may be heroes solving crimes here and there. The zaniness is of Blockade Battlefront is a very different variety from Double Decker, but I still believe it what I said. Without either of those, it’s still a lot of fun to me. It’s funny most of the time, well timed, well produced, and while it stumbles sometimes, Double Decker recovers by going a more dramatic route without losing any of its zaniness. It’s not the deepest show ever created, but it is a fun one. That’s for sure.

Thank you for reading, everyone. If you would like to support me, here are a couple ways to do so!