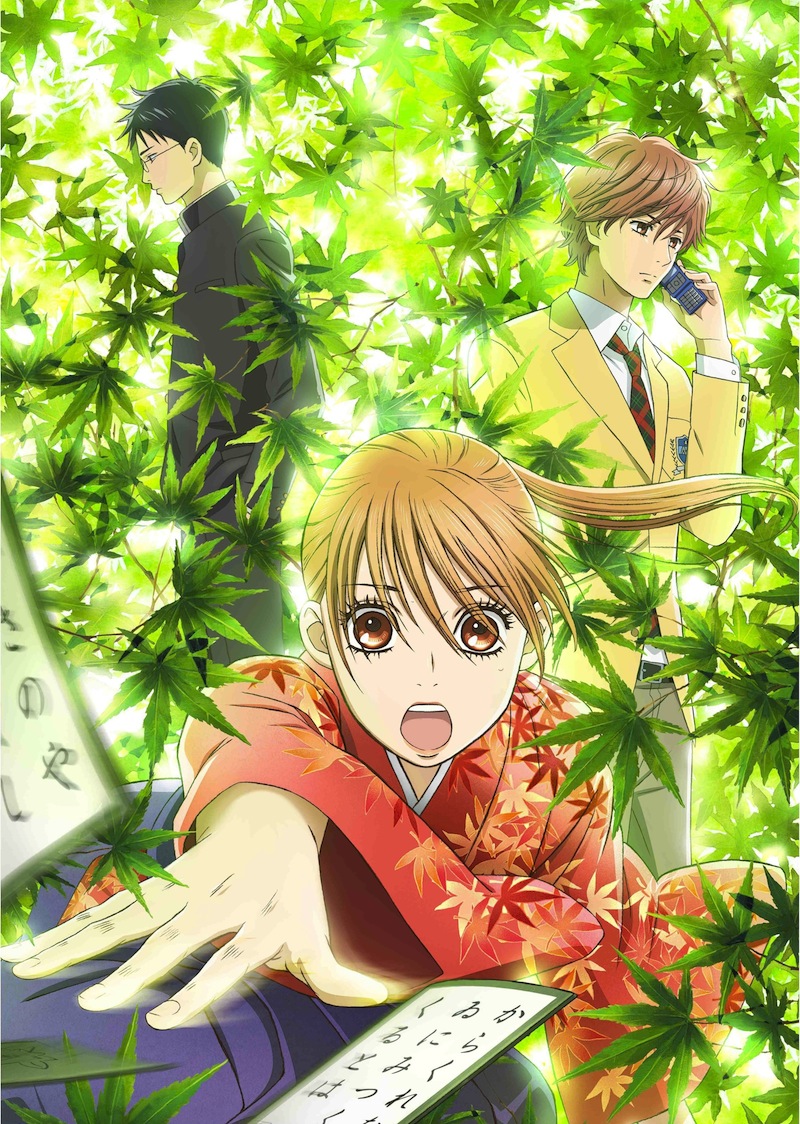 As a lot of you know and some newer watchers are about to find out, I watch a decent amount of older shows alongside seasonal stuff. I do this in hopes that watching a generous amount of older shows and newer shows will help me to not get exhausted from watching older or newer anime. If I was to get exhausted, it would be from all of anime in general. So far, I have not had a big worry of getting tired of either, because I have a kind of personality that gets more and more addicted to watching shows as time goes on. Part of my families curse I think, but that is a talk for another day.

The following is a list of shows that I greatly enjoyed from many ears past and Violet Evergarden. Yeah, I am throwing Violet Evergarden here, because I am an extremely petty person. That show should have aired here weekly just like most of the world, but no. Instead we get it a couple weeks afterward. Anyway, maybe I should talk about some other anime. (This list is not ordered in anyway)

Each of the titles is a link to a review.

Yeah. I already talked about this in the last paragraph, so you know why it’s here. This show touched my heart on some levels that I haven’t felt in a while in some of its episodes and that is saying something. I still think that it’s a mixed bag of an anime in some ways, but the story is of a war orphan who is slowly turning into an actual human being that knows how to express herself. That’s some powerful stuff.

So what happens when you have the normal fate series of 7 servants and masters fighting against each other doubled and everyone joins teams instead? Well, then you get this crazy show. I would never award this show for its characters or it’s plot progression, but such a crazy fun show with good action stuff. That’s about it for me and that’s why I loved it. Another series about fake humans or damaged humans finding humanity.

Continuing the theme of characters finding humanity, here we are with Key: The Metal Idol. A little show from the mid 90’s about a robot slowly turning human as they find more and more friends. It’s a little more complicated then that because of the robot conspiracies and religious aspects of the show, but that is the main core of the story and why I like it so much.

Oh hey, something that isn’t about a human or human approximation finding humanity. Instead, Chihayafuru is about a dorky girl named Chihaya and her dorky friends playing a speed-based card game and training to be the best in Japan at it. I never thought that something like this would capture my attention so much, but I fell in love with the show as more and more time went on.

It’s impossible to talk about this show in a short amount of time, because it’s so encompassing of a lot of themes and story elements and it all works. It’s an episodic anime in the style of anime like Kino’s Journey and Mushishi, but a lot less philosophical and focusing on a normal, damaged high school kid by the name of Takashi Natsume bonding with a giant cat demon as they go on episodic adventures of who knows where they go. It’s so good.

Yamato 2199 is a fantastic remake of the space opera Space Battleship Yamato series updated with latest sensibilities. The perilous journey of the ship Yamato to Iscander to save humanity is classic story and now it has a lot more well rounded and developed characters, more awesome female characters, and a lot more sentimentality behind it as well. I am glad this was a show was licensed finally!

Nadia: The Secret of Blue Water

Man, talk about a gruesome children’s adventure story. Before Hideaki Anno made Neon Genesis Evangelion, this show made its appearance, this story based on the Nautilus against the fascist forces of Neo Atlantis has child protagonists, but they see the affects of war in real life and it’s such a path of growth for them. 2/3rds of this story is great and can easily survive the 1/3rd of horribleness and tone dissonance.

This 80’s anime based on five girls in armored suits fighting cyborgs is legendary and fun anime series that everyone should watch. It’s pure 80’s wonderfulness filled with everything from that era with interesting stories and characters at the same time.

His and Her Circumstances

I had a lot of fun watching this love drama with such realistic and interestingly flawed characters. It’s a story about characters finding their own truths through other people and then falling in love with them. The only thing that is lacking for me are the visuals of which the resources involved with making this anime are completely nonexistent. There is no consistency in this show from an art and animation direction and that’s ok. The show is incredibly expressive with minimal visuals.

Lupin the Third: A Woman Called Fujiko Mine

If there was a perfect fem fatale anime, it’s this one. Fujiko is the perfect fem fatale character that is extremely confident in herself and doesn’t mind showing up her body to anybody in order to get what she wants. The art design and backgrounds are also amazing. I have not seen a lot of shows that know what they want to be like A Woman Called Fujiko Mine does.

Runners Up (I liked these as well, so no harm no foul here)
-Dragon Pilot
–Mars Day Break
–Outlaw Star
–School Live
–ID-O
-FMA 2003 (No post/review yet)
-Older Mech Shows I watched for Mecha March and don’t want to talk about until then

You know that look when you notice how much of something that you watched finally? Yeah, writing this list made me realize that I’ve watched more older series then I thought. I mean, Chihayafuru was 50 episodes, FMA 2003 was 51, Natsume’s Book of Friends had somewhere in the 70’s when it comes to episode length, and I can probably keep going with some other 50-episode length series. It makes me realize that being able to rewatch the original Legend of the Galactic Heroes anime may not be a complete disaster of a dream. Maybe I can actually do it and watch Space Brothers as well.

Thank you for reading, everybody. I hope I didn’t bore you with all of this. Looking forward to watching more older series in the future!