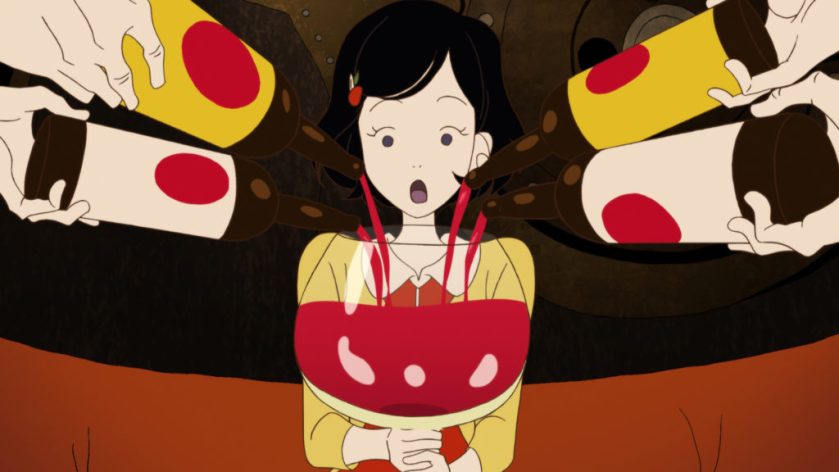 2018 was a big year for anime movies. I think this was the first year where I watched about the same or more anime movies then movies produced from Western media. I realize that I didn’t watch every single anime movie that came out due to lack of availability and time, but I watched enough to make a list. Now, these aren’t just movies that came out in the past year or two. Some of these came out a long time ago. Either way, I feel like they should be mentioned because I love them.

Each title is a link to a review.

Before Megalo Box came out, I ordered the classic compilation movie of Tomorrow’s Joe in order to get a sense of the history of Megalo Box came from and what references the show has to the original series. The film is a classic sports boxing story like Rocky in some ways, but with a more anime feeling and scale behind it. This movie looks so amazing for what it is. I just want to watch it again soon.

My second time watching Perfect Blue was interesting. Especially since I watched it on a theater screen this time. I saw a lot more when watching the film this time and got a lot from Satoshi Kon’s sense of editing behind the film that make it a marvel. The story line was pretty good as well and I understood it more than I did beforehand.

I am such a Fate casual for me because I only watch the anime adaptions of any of the Fate games, so watching this was just a must for me. Wow this route is starting off darker and stranger then either of the routes and I am here for it. Also, the visuals themselves are just plain amazing because it’s Ufotable producing a movie when they already do amazing anime work. It’s just good stuff.

Night is Short, Walk on Girl

This movie set around people drinking and drinking and drinking all night long around a city and a college event was a lot of fun. So many great characters, it has such a great animation and art style to it, and it’s just so strange and wonderful that I couldn’t help but fall in love with it.

With all this said, I still have more movies I need to check out that came out in 2018. Yeah, need to catch up with those soon. Oops….