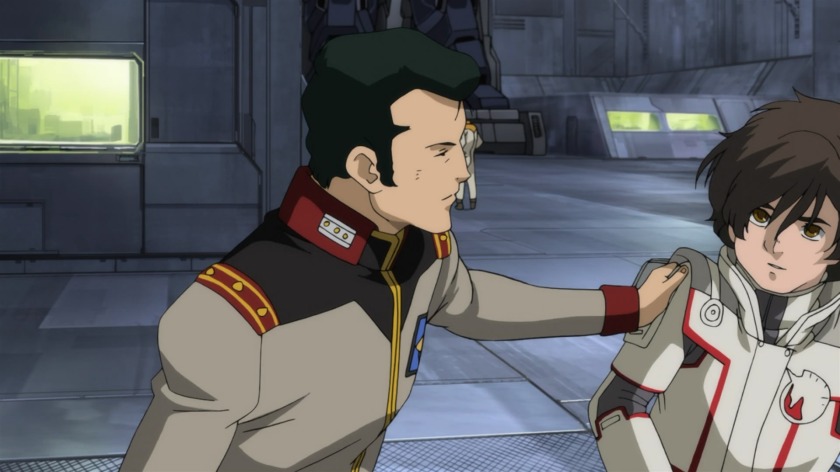 Holy crap guys. How have I been blogging for three years and still have no idea what I am doing? Is that possible? I suppose I have a better idea about what I am doing now and I have a clear vision of where I want to be, but I haven’t found out how to get there yet. I am not bitter about that at all. Why? Because that means I still have some things to improve and that is just a human thing in general. I know that I said this recently already, but perfect is a bad word because nothing is. That being said, I don’t think that pursuing it is a bad thing. I think everybody should try to better themselves and I know that is my goal. It’s a goal that I continue to push towards in my fourth year of blogging that is coming soon.

If any of you seen twitter feed last year, then you might know about me returning to school in August. That is both true and untrue at the same time. A few years ago, I returned to campus in order to set out and finish my master’s degree. I left school because my mind wasn’t focused enough to continue graduate work almost three to four years ago now. I’ve lost a lot of family members over the past eight years, which didn’t help me out. I started taking online classes graduate classes a couple of years ago and passing those told me that I am ready to go back finally. August was when I returned to campus to complete a project and be done.  It was a very busy semester, but I did it. I got my project done and I finished my classes with some good scores. I guess I have a master’s degree in Aerospace Engineering, guys. I just find it hard to be happy about or cheer too much because the path that I’ve had was so weird, but maybe that makes this completion of this degree feel more special. I suppose the next thing to do is finding a job which means its time to job search harder now. Ugh.

Being contacted by Sentai Filmworks and HIDIVE to be an affiliate for them was the biggest surprise that I thought possible. I know that I am not exactly trying to make blogging a fulltime career, but getting support for what I am doing as I continue to write more doesn’t seem like a bad thing at all. At least from my perspective. If anything, being an affiliate is something to add to my resume as a special thing when it comes to applying for jobs. I love blogging, but this will help me push things a little further.

All About Last Year’s Goals

Looking at my goals from last year in this post, I think most of my plans panned out. Well, except for the half assed Anno August that only resulted in reviews of His and Her Circumstances and Nadia along with Supporting Other People’s Works which is still something I need to do more. Yeah, I am pretty bad at that.

I am still working with OWLS and apart of the Innominate Anime Podcast when we get around to recording something and posting our podcasts out to the world. I worked on a few collaborations with some good people, here here here here here and my favorite one was being a judge on the WordPress Anime Blogger Awards. Thank you, Ayano and Raistlin. You’re some of the coolest bloggers around here. 😀

Also, Mecha March turned out pretty well last year. I have some big plans for it this year that I hope at least some of them pan out. If they don’t, then oh well. It was a lot of fun.

Looking at my stats, I think everything going on in my blog has been at least interesting. Both in a good and a bad sort of way. While the amount of followers I’ve had has increased, the amount of views I’ve received has been about the same every month. That being somewhere between 2000 and 2500 views. It’s not like I wonder why that is, because the answer or answers are obvious. It is a bit frustrating still, because it feels like my blog is a car spinning its wheels in mud a little bit. At least more people have interacting with my posts this year then the previous on average. That means quite a bit to me. Since I don’t post every day, I am not sure how to fix any of this.

Some Collabs I enjoyed doing over the past year:

I am finding it hard to choose what post I enjoyed working on the most, because I feel like each of them are like my children, but here are some collabs I really liked doing with some cool people!

Besides the obvious bits of watching more anime, writing more, and maybe getting more attention, I am not sure where else to go from here. I guess all I can say is that I want to do more somehow and just improve. Easy goals can be hard.

When I mean more, I mean more collabs with people, more Mecha March, and possibly another attempt with Anno August now that Evangelion is going to be available on Netflix in the spring time. Yeah, I think that will be my goal. To watch even more Hideaki Anno anime in order to figure out the guy. Of course, this won’t be as big of a thing as Mecha March for this blog, but I still would like to do it.

I was kicking around the idea of doing some sort of solo podcast, but I still have a lot to learn before doing that. I’ve been learning about sound editing and writing my own intro and exit music for it, so I hope it all sounds as good as I want it to. Getting used to my real voice has been interesting because I am never sure what I sound like. I hope this turns out interesting.

Maybe I can also learn to do some graphics design so I can make some interesting thumb nails. Ok fine. My next goal is to learn more about things I don’t know to improve my blog aesthetics. That feels like a good goal for me. Let’s see how that goes. Improving my own brand should never be considered a bad thing. At least I hope not

Thank you for reading my ramblings around the years, everyone.  Here is hoping for a few more years and interacting with all of you a lot more.