Here we are with another Valentine’s day or Single’s Awareness day if you are like me. It has been two years since I’ve written a post like this, not counting the flaming hotties tag, and I think it needs a little updating. I’ve watched a lot of older and newer anime series since that post first came out and it seems like there is a lot of anime characters to get attracted to out there. It’s either because they are designed like that on purpose to sell to fans for money or maybe designing sexy anime characters just happens.

Either way, my list has changed and expanded quite a bit while maintaining some characters that I will always be attracted to. There is something about these characters that draws me to them in interesting ways. Time to embarrass and call myself out a little bit. All in good fun, though.

Akane Tsunemori is my all time waifu right now and no character has challenged spot yet. Maybe it’s because I have a thing for brunnetes? But yeah, what isn’t there to like about Akane? She’s incredibly attractive and sexy, brilliant, is an action bad ass when the time calls for it, and is as cool as a cucumber. Perfect waifu material .

If there was ever a chance for me to become a furry, it would have been Holo. Besides being an attractive wolf girl and a god of the wheat harvest, she is a fantastic character in her own right. I just love how snarky she is, but also incredibly intelligent and witty. I mean, she was extremely detached from society for a long time until she met Lawrence and she picked up coin exchanged rates like it was nothing. Holo is so cool.

Did you ever have a character that you would want to step on you? I know that’s a cliché phrase, but Haman is that one character for me. Haman Karn is one of the strongest female characters that I’ve ever seen. At least in Zeta gundam. Her sole existence is to continue the existence of the Zeon and she will not let go of an inch in order to make that happen. Her presence is domainating, her demands are strong, and her intelligence is beyond anything the protagonists in this show know how to deal with.

Makoto Kusanagi -Ghost in the Shell

While Major Kusanagi is a full bodied cyborg, I can’t help but be attracted to her anyway. Pretty much for the same reasons as Akane above. That’s all I am going to say about the matter.

Balsa is an incredibly attractive and strong warrior woman that can think on her feet, is endlessly skilled, and always cares for everyone under her protection. She is always focused on what her job and goals are to be apart of any sort of relationship, but that is in no way a downside for me.

So there is a cyborg and a wolf god on my list, why not a yokai? While Hinoe prefers women and Natsume, I love seeing her presence on screen. She just has this other worldly feel to her that I can’t ignore along with having endless amounts of advice from her many years of experience. Yeah, Hinoe is pretty cool.

So, how about an alien? Choosing her was pretty hard, because Yamato 2199’s female cast is amazing, but there is something about Melda that I liked about her and I think it’s her sense of innocence. She is an ace pilot, but seeing her interactions with humanities customs was pretty adorable. She’s just incredibly cute is what I am saying.

Hitomo is anything but the typical isekai protagonist that have been in anime recently. Besides wrapping reality around her little finger, she isn’t completely helpless without it. She has spunk, knows how to use her skills when she needs to, doesn’t take no for an answer, and can be endlessly charismatic. Hitomi is such a fun character.

Fujiko Mine – Lupin the Third

Fujiko has always been that mysterious fem fatale who owns her sexuality on top of being a brilliant, world class thief. That’s I need to say. She is caught in a lot of goofy moments, but she is been much better represented in modern Lupin adaptions recently and that is why she is here.

I was originally going to have Fujiko and Faye in the same space, but that doesn’t make any sense to me. Faye is only a sexy fem fatale bounty hunter maybe in 20% of Cowboy Bebop’s run. The rest of the time, she is a lazy, good for nothing that just lies on the couch all the time. What I am saying is that Faye is incredibly relatable and also has a fantastic backstory to go along with everything. She’s pretty great, not going to lie. 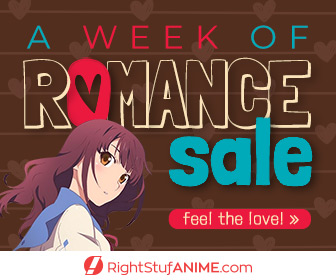