Not much to talk about this week besides how annoying it is when it snows and it decides to stick around for a while. It has a habit of ruining a lot of things that involve going places.

While the fantasy aspect is in full play in Dororo, it only deepens the tragedy and drama in Dororo. In this episode, a lot of sad things happened. Mio was caught being a lady of the night for both sides of the war, which resulted in her and her orphanage’s death. At the same time, Hyakkimaru is still similar to a beast considering that he doesn’t understand voices and noises or how to use his voice, so he went after the demon that took his leg in revenge. Yeah, that resulted in everyone, except him and Dororo, dying. Very powerful moments for Hyakkimaru here that I hope affect him in a positive way with Dororo’s guidance.

There were some scenes of Hyakkimaru’s brother being jealous, but not sure what he is jealous of. All because his mom’s vision is always somewhere else. Man, what a damn in the dumps, depressing, yet visually wonderful show this is. I love the play on realism that this show is going for, because I think it’s nailing it. I mean, how else would a person who have neither heard or talked before act like? They would be like a caveman.

This episode was pretty interesting. In general, Mob and Riegen have a fight after Riegen said some not various nice things against Mob and his Friends. So Mob doesn’t work for Riegen anymore and Riegen, noticing that he doesn’t have any friends, decides that he needs to do something and become somebody. Insert montage of Riegen becoming famous and Mob being seemingly unhappy with his new social life.

At the end of the episode, Riegen is put on a tv show in an attempt to prove that he is a fake. Holy crap, that was pretty crazy. I know that Mob Psycho is petty crazy, but this was tame for a this show. Visually, it was still very expressive. Maybe a little too fast paced? Still, no complaints here. I don’t think there is a single episode that can do what episode 5 did without some emotion to lead it off, so this episode is a good follow up.

Run With The Wind Episode 18

I think this episode is the worst that Run With The Wind has ever been. It has to do with the twins. They were the first on board to this running thing, and now they realize how futile it is. And, because they are completely dumb and have barely discernable personality from each other, they decide to quit after they’ve gone so far. Their minds just absorb everything that happens around them without question. If there were characters to never have a focus episode on, it would be them.

Twins are just the worst in anime and I don’t think this show has proven me wrong either. Run With The Wind didn’t need this episode or this conflict because in the end, because it barely provided did anything but add in some more reality to the show. Reality that has nothing to do with what is going on with the show right now, so it’s a waste. At least it is to me.

I am still unsure about how far the mysteries and plot twists can go until it becomes ridiculous, but this episode hasn’t done that yet. With some interesting reveals and great editing and shot composition, this episode is the best one we’ve had for a while. The messages through the books seems kind of convenient, but really does add some mystery to what is going on. Then Don and Gilda stealing mom’s key and checking out her secret room, then forcing Emma, Ray, and Norman to tell the two of them what is truly going on is good stuff too. Just keep an eye on Philip.

The Price of Smiles Episode 7

A good, off time episode while also wratching up some tension and senses of the tragedy of war. Stella and her group have a party to say goodbye to one of their companions that got physically inured during their last conflict. This show has broken the standard “let’s give these characters a backstory then kill them” twice, so it’s interesting to see this play into full affect the third time when that character died. Damn.

I think this episode all but confirmed that Stella is Reyla’s daughter as well when she unconsciously knew her way around Soleil’s royal castle. Also, the talk about how her smile is to hide her real thoughts is interesting as well. It’s great to see all sorts of simple character motivations and character talks without it being too ham-fisted. There is a lot of good things going on.

Boogiepop and Others Episode 8

It seems things are getting simpler around Boogiepop and I kind of don’t want them to because I want to be lost in this sense of confusion. Either way though, through some cool action scenes from the false Boogiepop against some Towa Organization thugs and then an intervention from his older sister Nagi to save the day and fight more of them. Then Imaginator and Spooky E meet with Innovator taking the power position in order to find his way into the Towa Organization in order to free humanity of their weaknesses. Unfortunately, Spooky E kills himself and thus the number of threats to fight against Boogiepop goes to zero.

Of course, it’s impossible to cover everything that happens in this show because there is so much going on. Boogiepop and his female persona are still wandering around to gather clues onto what is going on without them getting involved. Also, Boogiepop is clearly pushing other people around to get other people to do things for them, so they are clearly not exactly pure good either. Also, there is a lot of talk about perception, personas, chuunibyo things, and it’s so interesting. I just wonder how everything is going to continue from here but I am here for it.

This week, Mista gets seriously injured but defeats the ice guy. All through guts, energy, and other things. Giorno is just pushes Mista further to defeat this impossibly hard to fight character. Also, the two involve in some healing Mista shipping material while also getting the object they needed to find. That’s about it really. It was just a lot of fun and so visually unique and interesting like all of JoJo stuff. .

Once again, I must state the fact that the side characters are the ones that are hitting this show out of the park for me. Especially since we are introduced to the treasurer in this episode by the name of Yu. The poor guy is a nervous wreck. I don’t really blame Yu at all, because Kaguya has threatened the guy a lot for noticing too many things. Then fun things happen when Kaguya and Chika enter the scene dressed as a yandere and a victim respectively was kind of funny. Good comedic timing there.

The other two segments of the dating game quiz and Kaguya trying to get Yuki to notice her finger nails were ok. Both had their high points and low points with all the character interactions going on. Can I just say that Hayasaka, Kaguya-sama’s maid, has been a delight to be on screen because she has the best funny to screen time ratio in the show for me. And her minor understanding the rules enough to wear a shortened skirt within regulation is like a bit of protest for her or maybe she is the designated fanservice character. Or both. Either way, I hope she shows up in more meaningful segments because Hayasak’as relationship with Kaguya is fascinating and revealing (not in that way) for both of them. 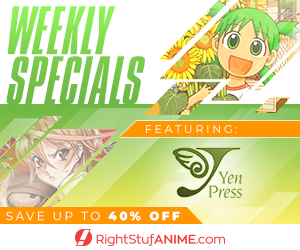