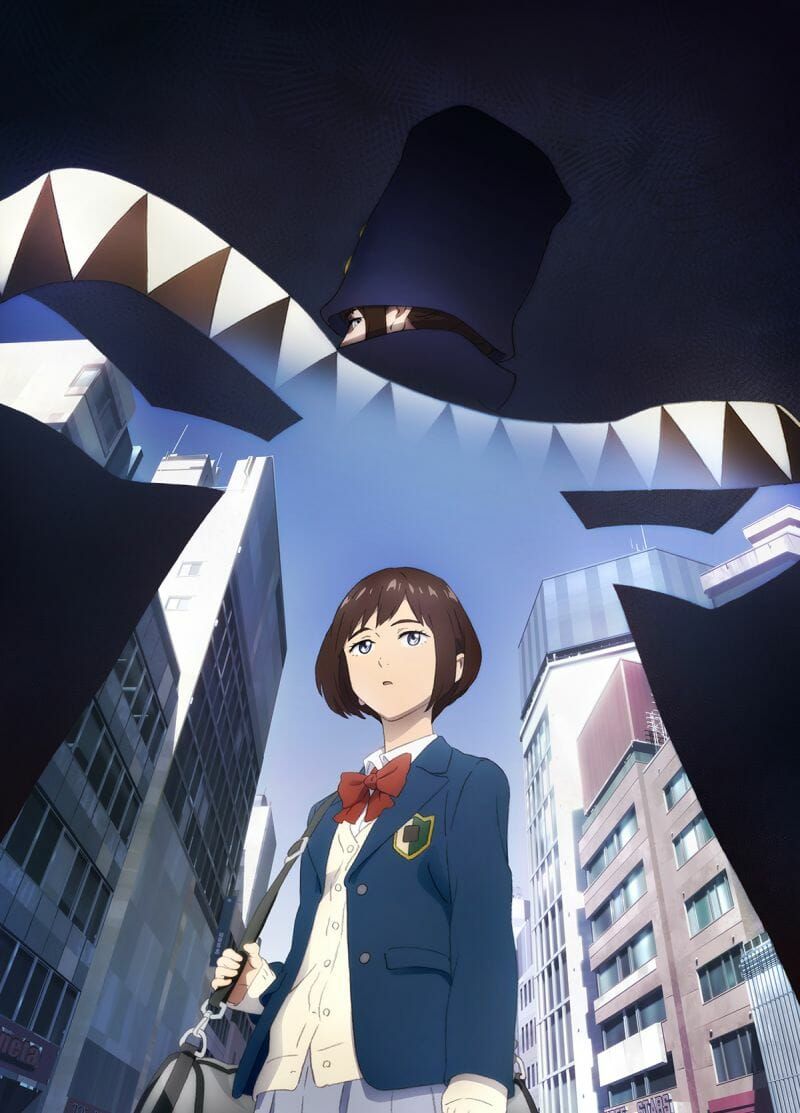 You can count this post as an extension to my usual seasonal posts. I didn’t want to discredit this one arc by just talking about it in a paragraph or two. I think it deserves it’s own post. One reason is because it seems like Madhouse is still throwing more and more Boogiepop at us and another is this arc/special is honestly my favorite stuff out of Boogiepop and Others right now. I want to talk about why that is. While it threw off my usual seasonal watching and older anime schedule a little bit, I enjoyed what was presented here quite a bit. So yes, curse you Boogiepop and yet thank you at the same time.

Boogiepop at Dawn is a prequel arc to the Innovator and Manticore arcs that have happened around. It sort of centers around the origins of when Nagi becomes something unusual and around when Boogiepop first appears? It’s pretty clear that Touka Miyashita’s vaguely male Boogiepop personality only appeared recently because her family finds her second personality, maybe pretty scary. Nagi is at the hospital because she’s in pain from time to time because her evolution is happening, and the nurse in charge of the hospital is an evil fear absorbing ghoul that uses fear to regenerate herself. Kind of a Disneyesque villain, but a fun one for the origin of Boogiepop and the Firewitch Nagi working better for the first time.

I keep thinking about the difference between Durarara and Boogiepop is and why Durarara clicks in my head more. The simple answer that comes to my head is Durarara’s characters feel so much larger then life and yet relatable. Those characters only need one episode or one character defining moment and bam, you know who those characters are, what they do, and what they bring to the table. Everything about Boogiepop is understated including visuals and character development. I’m not sure if that is a director’s choice or a time cutting measure, but it hurts Boogiepop a lot. Same level of super natural as Durarara and circumstances are about as insane, and yet, Boogiepop and Others, is very dry and takes a huge amount of patience to watch.

While Boogiepop’s At Dawn arc hasn’t changed that much from a writing and a visual perspective, I think this arc has a more focused narrative then the two arcs were . What I am saying is that while the focus characters in each episode is a newer person who is probably not long for this world, the character pool the At Dawn works with is very small. That means that they run into Nagi enough to characterize her and themselves with a somewhat natural flow. That helps Boogiepop feel like there is a lot more life behind the series then what was presented originally. While the other arcs have had some interesting bits of philosophy and intrigue behind them, they just haven’t attracted me as much as At Dawn has. I like Boogiepop more then enough to keep watching it every Friday, but it could be so much better then it is.

From what I’ve seen from the Manticore and Innovator arcs, I think that four episodes would be the perfect length for each arc. That length of episodes would have allowed the Manticore arc to be expanded out a little so we know the people involved in the arc a little more. While we got was ok, Boogiepop continually seems to leave it’s characters behind. The Innovator arc is a lot longer, but I feel like there are attached parts to this arc that don’t go anywhere or help at all. An example is the fact that the glasses girl didn’t do anything but witness some things and then not do anything in the end. Her screen time could have been spent expanding some part or character. Something to help it and feel natural and not sort of stilted like the first two arcs have been.

The source material isn’t something that should be followed to the letter, it should be adapted in a way that helps provide a reason to go back and read it in a more meaningful way. The anime is it’s own product, so why not? Who cares as long as the arc finishes somewhat similar to how the manga did. Each arc seems to not be attached to the others in any meaningful anyway, so why not play around a little bit and have fun? It seems like the final arc starting with what appeared on Friday is going to be five episodes in length, so I wonder how this final arc will flow. We’ve only seen how one episode so far, so can’t wait to how it ends up.

Next post is on Wednesday and continues Mecha March. See you all then.