I wasn’t sure if I was going to get this post out this week, because flying to Kansas City and back in a 48 hour period for job interview purposes may have happened at the beginning of the week, but really tired me out for the rest of it. I guess that’s why a lot of these segments are shorter then usual.

Another very action-packed episode this week. Some with high emotional appeal like the battle being father and son where the son is hopelessly outmatched. There was another battle where Mogami got out and completely destroyed a planet esper’s abilities before he escaped into the wild. And then the greatest set piece for today was everyone vs Teleporter fight which was a lot of fun and had so much visual flair. I can’t get into too much detail, because this was more of an action set piece episode, but seeing Mob intending to take on the final boss next episode really shows how much he’s grown. Very powerful episode and glad I watched it.

A lot of things happened in this episode too since it focused on Dororo and Hyakkimaru visiting Hyakkimaru’s lands. I know that I am a moron, but I didn’t get the message that the demons Hyakkimaru was killing were destroying Daigo’s land of prosperity up to now. Those people are living a golden life inside those territories in exchange for destroying the peace of everyone living outside and causing warfare across the land. So yes, everything is on the nose here but when wasn’t that going to happen?

The most powerful things were Tahomaru figuring out, maybe, that Hyakkimaru is his brother that his parents have been hiding from him. I don’t think that he’s put it 100% together yet, but he’s close. A cool scene with Hyakkimaru fighting a fire fox happened which is always something that needs to be noted. And finally, everything came to a head in this episode when Daigo and Hyakkimaru meeting each other at the end. Man, there are going to be some words. I’m kind of excited about it.

Run With The Wind Episode 22


Once again, another excellent episode and I can’t believe this one is ending. You remember what I said about King not having any focus last episode? The first half of episode 22 was focused on him, how introverted he is, how he how it is to connect to people in general, and he’s searching for a job. Even if he isn’t the most interesting character ever, but he is very relatable. At least to how I feel right now.

The other half featured Kakeru and how far he’s grown. He is no longer the impulsive and angry teenager he once was.  All he wants to do is run now because he loves it. And you can feel all of that as he finally runs faster and faster down the race course. Kakeru isn’t weighed down by anything  The visual effects of him icing and de-icing are pretty good. So much fun from such simple movements.

A powerful episode with a lot of meaningful moments. The escape is finally happening, and it looks like everything is working out. Especially since Norman laid out a plan that Emma followed to the letter to allow everyone to escape. Even the self marterism of Ray was taken into acount and completely blocked off. So yes, very powerful episode with some crazy visual stylings and direction to emphasis Ray’s madness and other things. So it was a lot of fun seeing things happening.

With all that said, here are my problems with it. I’m not a big fan of “Oh by the way, here is a flash back on what happened while this scene was happening because we wanted to make sure everything was ready.” And also “during the short time skip, this also happened.” I realize that Promised Neverland isn’t a conventional shonen jump series, it shares some of its traits just like how Death Note does. (I’m also not a huge fan of death note encase you’re wondering.) I know that there were interesting directional styles and other things involved in this anime to let the viewer know or give the viewer a hint on what is going on, but it still feels way too convenient for me. It seems like for every two steps the anime takes, it takes one step back so I can’t fully take in this series with my whole heart like I want to.

The Price of Smiles Episode 12

If this episode proves anything, it’s that the show should have been twice as long as it is. That being said, the plot was able to be resolved in some meaningful way, but the impact between Stella and Princess Yuuki wasn’t as powerful as it could have been and I think that Layla deserved a more powerful moment from her death then the one they’ve gotten. The war was stopped through Stella and Yuukis pushing the button to stop all chrars and the mechs together, because it was heavy for some reason, and everything stopped. An armistice was signed, and peace was restored. So woo, it all worked in the end I guess.

The Price of Smiles has had a lot of potential to be interesting and say something, but everything needed more time to develop for this show. In the end, The Price of Smiles is an above average show that is probably going to be forgotten through all lengths of time.

Boogiepop and Others Episode 17

I’m honestly loved all the elements coming together in some way and Boogiepop’s general positivity towards humanity and people’s thoughts. Boogiepop talking with one of the displaced heroine’s visions of her dead friend from the distortion and how that what the distortion king wasn’t being evil by showing her that vision. Really does bring everything about this arc into perspective. Some more things happened involving the punk kid and his friend finding a secret code to go anywhere in the moon tower does confuse me a little bit. Especially when it was revealed that the billionaire involved was a part of the Towa Organization before his power went insane. I guess we all need to wait for the mystery to be solved next time. So yeah, was highly entertaining for me in multiple ways, mental and physical. Still has some convenient things going on but I will let it slide.

I honestly don’t have enough to say here besides Narancia ending his battle against the stand users that have the stand that makes people lie and sharks that teleport through bodies of water of any size. It was a good fight with excellent Narancia moments. Also, Giorno is pushing his influence on other people as well so good development there. With the crew leaving Venice and mainland Italy itself,  looks like more things are being developed.

Besides for the after credits scene, this felt like of an episode. Possibly in the same way that Kaguya and Miyuki spent a lot of their summer in parts one and two of this episode by themselves doing nothing? Are we supposed to feel that way? Maybe? It is affective, I guess. Doesn’t mean that boredom didn’t set in when I watched it. Hayasaka being continually called out of her bath by Kaguya to help with Kaguya’s lack of internet capabilities probably didn’t help the first half for me. Then the middle portion with Chika going to a Ramen place and apparently having to prove herself to a Ramen “connoisseur” because of the guy’s own standards for Ramen eating, even if she didn’t know about it, felt rather insulting and pointless. Yeah, not a fan of elitism for elitism sakes here even if the episode was focused on fun Chika.

I suppose the after credits sequence does add some dramatic elements to the show while commenting on Kaguya-sama’s lack of attachment to her parents and about why she hasn’t lived a normal life because of who her parents are. A lot more meat and interesting things there then what the rest of the episode gave. 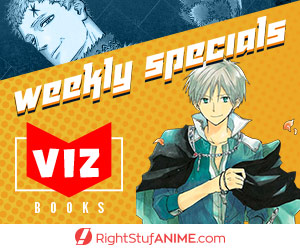