Last year, I ended my Mecha March session with the first season of Fullmetal Panic. With this post, I am now solidifying the tradition where I talk about one segment of this wonderful franchise in some capacity with The Second Raid. That means, despite the fact that Fumoffu doesn’t have any mecha in it, it’s appearing next year if Mecha March continues. Oh hell, it will probably appear even if it doesn’t. But enough about the comedic insanity and genius called Fumoffu, this is a post about The Second Raid. A series that I have rewatched quite a few times and still find something new and interesting every single time I watch it. I can’t say that Fullmetal Panic is my favorite mecha franchise, because that is obviously Gundam. But, I love Fullmetal Panic to death and I think this segment known as The Second Raid is probably my favorite part of it.

I explain the world of Fullmetal Panic in my post from last year right here. If you don’t want to click that link, here is a short explanation. Fullmetal Panic is originally what happens when you combine a slice of life series with pretty standard mech show shenangins. The premise is there are special people around the world with anime colored hair called the whispered who have secret black technology in there heads. These people are hunted down by terrorists around the world and are protected by this secret, multinational military force called Mithril. The whole story begins with a young, high school age mercenary named Sousuke Sagara with no social skills is crammed into a Japanese highschool to protect a certain Kaname Chidori who is a whispered. So there is a lot of “fish out of water” military comedy and also a serious terrorist plot jammed together, but it somehow works. That is the magic of Full Metal Panic. That is why I think FMP is a good show for mecha beginners to watch. It is as anime as a show can get.

The Second Raid happens months after the conclusion of the original series. Sousuke Sagara is still pulling double duty of protecting Kaname and working with Mithril piloting the Arbalest in special combat missions. It seems like he is always in the middle of something with no clear direction to it. An added stress is that he still hasn’t been able to fully control the Arbalest’s lambda driver to perfection. Something that is continually becoming a larger and larger problem. Especially since Mithril is getting into more combat missions against mechs that also use them. Now, Fullmetal Panic is a one hundred percent wish fulfillment kind of series. Why? Because the fate of the world hinges on guy named Sousuke because he is the one good guy with the lambda driver. So what happens when Sousuke, a soldier that aims for perfection in everything, is barely getting by at school and in the military missions he’s apart of? Well, he breaks.

Everything about The Second Raid is about Sousuke Sagara’s break down and rebuild while everyone tries their best to hang on while that happens. That might sound a little angsty and disaster to some people, but to me this is the most human chapter and relatable chapter to FMP. I say this still after watching everything that happened in Invisible Victory. Maybe this is because I am a fan of characters finding their spark again, because who hasn’t had a time when they break down? Mentally and physically breaking down is one of the most relatable experiences that exists in fiction. Characters finding their motivations again is one of my favorite things to happen in fiction and I can definitely say that it’s in top quality here. Sousuke didn’t feel like a real person to me until The Second Raid happened.

There is a point where Sousuke just living his life and not controlling it in anyway meant that everything was taken away from him. His love of his life, Kaname Chidori was taken away from him because of a military order and his mech was taken away from him partially because he didn’t understand the lambda driver because it didn’t work for him. With Kaname’s help, because sometimes a person can’t find an answer for himself, Sousuke finally accepted everything that was happening and took charge in the direction he wanted to take his life. He may have taken a pay cut to do what he wanted inside of Mithril, but he wants to spend the rest of his life with Kaname. She is the direction he wants to go in his life.

Then let’s talk about some of the other characters in this series. Kaname Chidori is awesome and she deserves the best. Especially when Sousuke left Kaname’s life due to an order. Even if she did spend all her time chiding Sousuke or beating him up, she really did learn some things from the guy. Even in an uncertain time, she was able to trick a tailing Mithril agent and take down a trained assassin by herself. Kaname is the best. On the other hand, there is Mithril itself. Besides Tessa losing in her little love triangle, they are still an awesome military unit. Even without Sousuke, all of them are still a will oiled military unit and can handle whatever problems they face. Mao, Weber, Tessa, all the commanders, and the new SRT command are all great people that know what they are doing. They only needed some help when it came to five units with Lambda Drivers, because that is a power far from normal human strength.

The one major problem I have with The Second Raid is this arc’s main villain, Gates. The main reason is that he’s not a character, but a force of chaotic evil. Very much similar to how Heath Ledger’s Joker is in the Dark Knight. Except, the joker felt like there was more to him then someone who creates chaos. The difference is that Gates has no connection to any of the heroes at all. I don’t just mean in the backstory sense, but in the they are never physically in the same scene together in any meaningful capacity. They only meet in combat in mechs, so Gate is the kind of plot device or chaos this show needs to get the characters to grow. He is completely intelligent and knows how to plan things when he needs to and at the same time, Gates is completely nuts when he needs to be. You know, because the plot demands it. The one scene that Gauron, the antagonist from season one, and Sousuke have in the second to last episode is infinitely more powerful then whatever Gates has been doing. I suppose Gates has second hand interactions with Gauron through Gauron’s twin sister apprentices, but those were pretty boring too. I mean, those two are emotionless and you didn’t they existed until this arc started. I guess not every single aspect of The Second Raid can be a winner. Oh well.

This show is one of Kyoto Animation’s earliest works and boy does it look beautiful. The Second Raid’s visual quality is so good that it will stand out if it aired today. Yes, this is kind of a subtweet to Invisible Victory that lacking in a lot of visual quality. The backgrounds are heavily detailed, the mechs are incredibly detailed, the characters are fantastically animted and detailed. All the subtle directional choices from a character animation level, facial animation level, and an atmospherical level are there just like in all their productions later on. That may be the reason why Gates has some sense of personality to him. I don’t have much to say about the mech designs this time around, because I discussed everything I wanted to say last year. The mechs are the same, they just look nicer. What else am I supposed to say? Writing about a second season is hard.

So, if you have gotten around to watching the first season of Full Metal Panic from Studio Gonzo, then there isn’t a single reason why you shouldn’t dig into The Second Raid. Especially since this is also the prettiest edition of the series considering that Invisible Victory was made from a failing Studio Xebec. It is completely strange how this series had different parts made from completely different studios because most anime series would get the one season and then stop. As I said before, it is a phenomenal second chapter of a series with tons of good characters and excellent action moments. Maybe The Second Raid can be a little angsty sometimes, but it all goes somewhere. Believe me. Everyone, thank you for going on this Mecha March journey with me. I hope that you had as much of a fun time as I’ve had putting everything together. 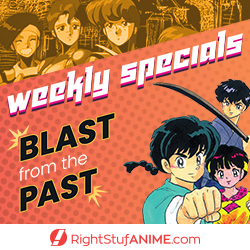 If you want to buy Fullmetal Panic, you can check out the series here.