Winter 2019 was something unique to be sure. Some very eye opening experiences in terms of shows that I enjoyed and didn’t enjoy as much as I could have. They came along with me thinking about how I mentally approach different genres of anime with the sort of content they present to me. Is that selfish to think about? I think it might be a little bit, but everyone has their own tastes in anime. Even people with similar tastes in anime are going to find differences somewhere along the line. Individuality goes a long way. Oh man, here I am philosophizing. I should probably talk about anime before I go down this hole more then I intended. No matter what, I can’t help but call this season a learning experience with some good shows.

I do want to talk about continuing shows first.

JoJo Part 5: I have been enjoying this part a lot because it’s been a combination of part 3 and part 4 in terms of it’s story, it’s location, it’s scope, and how unusual it is. While I have been enjoying it’s hijinks and fun, I still feel like almost every single villain that appears is flat as a board sometimes. Some villian obviously have relationships with each other which adds something to them, but not all of them have that. With all the crazy things that happen, that’s not a bother, but it does leave open some some holes that I would enjoy being filled.

Dororo: This story is extremely blunt about what it wants to be. I mean, there is a direction connection between the monster’s Hyakkimaru is fighting to get his body back and the peace and prosperity of the land Hyakkimaru comes from. Still, the story is pretty great and the character work is phenomenal here. It’s made me buy more Tezuka related works like Metropolis the movie and Astro Boy (2003) because of how enthralled I am with it.

Watch These Right Now: Seasonal Favorites; Highly Recommend.
Then These Next: Maybe not as high quality as the first category, but still pretty enjoyable.
Ok: What it says on the tin, maybe preferable for those who are into the genre the show is from.
Can’t Recommend: I’m not even sure why I am watching it besides learning something from it.

-Run With The Wind-

I can’t say that this show is perfect on a visual level or earth shattering original on a story telling level, but I can easily say that I loved this show’s journey. Even if I don’t like all of the characters or know about them as much as I should, this show had a massively sentimental journey of ten individauls through their experiences in learning how to run faster. And I can’t help but mention about how I was waiting each week to see how Haiji’s plan came into fruition or how Kakeru is going to chance from being a grumpy teenager to something else much more mature. This show completely delivered on that promise and more just by being itself and never losing it’s footing on the way to the ultimate running game. They didn’t win, but they didn’t lose either and that was all it needed to be. It wasn’t about winning, it was about finding a reason to do what you are doing.

Mob Psycho season two was fantastic over all showing how strong Mob has becoming emotionally and physically. It was also just as visually stunning and experimental as before with better emotional beats then was provided before. So, just more Mob Psycho with a grown up mob. That being said, I do think the first half was stronger then the second because everything in the second half was rushed. The former claw members going into the fight and the villains themselves were not as well developed as they could have been because the show rushed through manga material. Not as flawless as we are let to believe.

Promised Neverland is 2019’s Death Note and you know what? I think this one is better. I wasn’t a large fan of Death Note in general because of how horrible of a human being Light is and a lot of dramatic events not connected together that are made to make the whole thing feel smart. Promised Neverland has a much better cast, every dramatic event that happened is connected to the next one, and the story is so much more engaging for me. Where it lags behind is still the “ahahaha, I’m smart because I did this in a flash back” thing.

Shows like this make me want to think about every single detail that happens in the show and because of that, I think too hard about what is going on. Because of this, not every single detail in the show lines up as much as a lot of people seem to think they do. I have a lot of questions in my head about how Isabella knows or doesn’t know things at convenient moments, so the writing here is very questionable when it comes to being any kind of psychological drama. When something wants me to question the details, I dig a little too far for my and the stories own good. Still recommend for a lot of other reasons though.

Boogiepop is a mixed bag for sure, but everything in it’s second half or from the first episode of Boogiepop at Dawn onward made the whole show click for me. It’s a very not intuitive series because it’s out of order, sometimes confusing on purpose, and very vague, but I think that goes along with it’s themes about identity because that is not something that is straight forward. Boogiepop is an alternate identity of somebody else or somebody else and also talked about as a reaper who fights against spirits and other people like them while also maybe carrying dead people away. Of course, the series is never that straight forward and that’s what I find intriguing about it. Not enough series like this come out these days, which is a major appeal I think.

-The Price of Smiles-

In the end, this was just an average mecha series that was a hodge podge of all sorts of mecha tropes put together into a 12 episode package. That doesn’t mean that it’s bad, but it was lacking in a lot of ways and needed to either be directed better or had more time to construct itself and let it be it’s own thing. Still, everything flowed decently, had an actual ending, and did find time to share it’s own ideas. It’s still very decent, just not very memorable.

This series was yet another learning experience for me. I’ve watched comedy series that used the same jokes again and again and enjoyed them before, but they never frustrated me like this one did. I think that interested me was that those other shows actually went outside of their boundaries because they knew that their joke wouldn’t last as long as they wanted it to. As nicely produced as this show is on a lot of levels, this show completely missed that concept for me. Especially since whatever progress the main couple makes always completely turns in on itself about the same length progression. So while this show did some interesting things when it was outside of it’s box, the show stuck to it’s box too much for me, so it wasn’t for me. I think this show was meant for someone else besides people like me.

So with that all said, coverage on new seasonal series starts next week. Thank you for sticking with me. 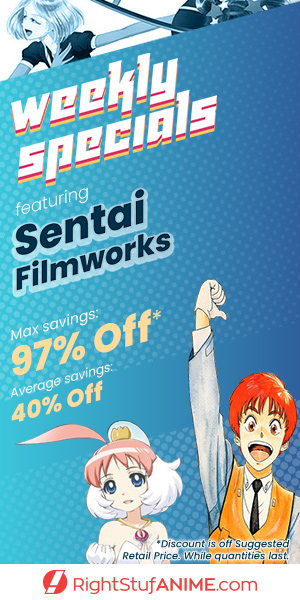