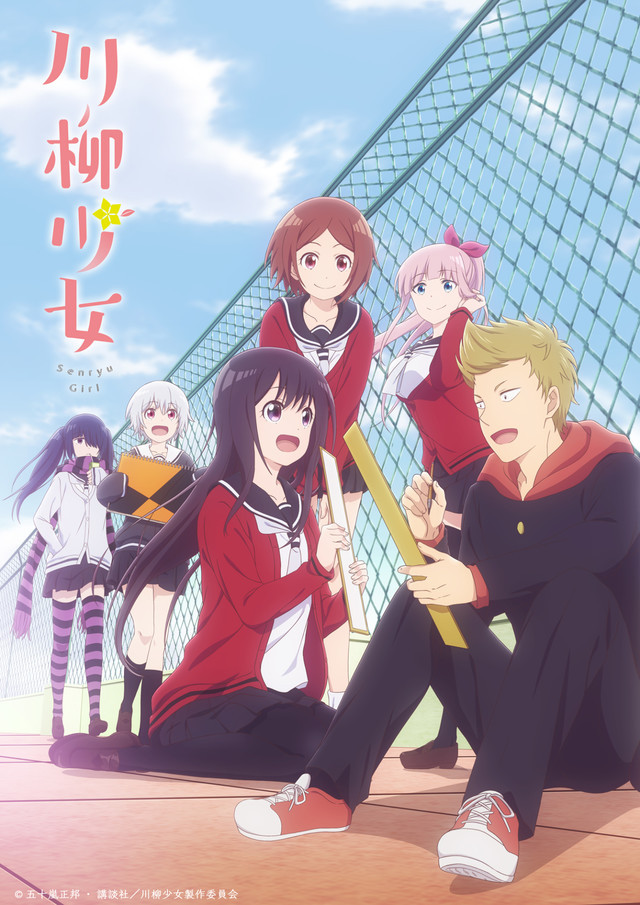 I’m starting to find a groove for this season. It’s not the best thing ever, but I am finding quite a few shows to enjoy on some level and the show’s that carry over are pretty good.

I was able to get this post out on time despite being at a convention this weekend, so yay! I watched everything by downloading it on my phone via VRV and then watched anime when I had some down time.

Besides learning about the map that Dororo has on his back, this episode felt like a microcosm of what the last arc was. What I am saying is that this episode was a little distracting and redundant in regards to the show’s story. After Dororo and Hyakkimaru found a giant ghost butterfly and giant baby caterpillar outside of a grave, they were “saved” by a lord. A lord who later tried to feed the two to the actual giant caterpillar because of the lord’s lost children. I say try because Hyakkimaru did his slicing thing as you would expect him to do. Then this episode ended in an awkward place, which means this small arc is now a two parter. I hope what happens in the next episode makes this one worth it in a meaningful way because this episode was awkward as hell.

I’m still not completely sure what to think about this show. This episode was a lot more honest with how it presented it’s action scenes and it’s plot elements and characters, but they just aren’t that gripping for me. Fubuki trying to threaten Saitama to joins her group of B rank heroes and finding out that Saitama is a monster can be funny along with Speed of Sound Sonic and Genos fighting, but all the still frames and action scenes were just blah. Is this the kind of story that needs visual spectacle to be entertaining? Probably. Otherwise, it feels incredibly ordinary.

Even if Fubuki has a small heart to heart about how she feels inferior compared to her sister Tatsumaki, she doesn’t feel that endearing to me yet. I’ll probably give this show an episode or two before I drop it for good because it’s just so blah at the moment. I hope Garou’s appearance and hero hunting after hurting ranked A heroes makes the show more interesting. This going around in circles like last season will seem like it will be to the show’s detriment.

Thinking about dropping this one soon. This next week will be the deciding factor.

In this episode, everybody has a sibling of some sort to flesh them out more. Kazuki has an adorable younger brother that he does everything for like stealing a cat for him and dressing up as an idol and talking to him. Kuji has a gangster older brother that doesn’t want Kuji to get involved with everything yet. And Enta has less focus, but a very forceful younger brother. The plots connect because Kazuki wanted to take a selfie as an idol with a cat and Kazuki’s cat steals some of Kuji’s material which lead to them going on a date in an amusement park and forcefully holding hands. Enta is incredibly jealous of this.

Then the usual thing happens where the group needs to battle an entity that is stealing cats because his girlfriend broke up with him for a cat. So basically the guy wants to dress up in cat fur, which is a little strange. And then dirty, gay cops were introduced. This show is probably going to be centered on episodic adventures with it’s characters as Kappa and probably look great through out it’s run. I just wonder what this show is going to say in the end because the symbolism didn’t show up as much this time, because they were somewhat exchanged for character development..

Once again, it’s an episode based on the two towers of Kyo and Yuki. Both completely hate and misunderstand each other because they are jealous of what the other has. Yuki is jealous of Kyo because can easily fit into whatever social group. Kyo is jealous of Yuki because Yuki is naturally gifted at everything. It’s up to Tohru and her good nature in order to bring them together somehow. Tohru really is the best sort of person ever to do that because of how she was taught to by her mother to think and she is a complete airhead. A completely loveable airhead. A new character showed up at the end asking for Kyo, so can’t wait to see where that goes.

In this episode, Nodoko and the bully go on a date to the amusement park. It’s full of still shots of them enjoying rides and the english club president and the bully’s sister sneaking around and watching them. Very fun and adorable stuff. Especially since Nodoko is the more forward one of the two of them despite her not being able to speak, which is a lot of fun.

It’s an episode of Dopio vs Risotta, the last assassin. It’s a lot more interesting here because Dopio is fighting with two different sets of personalities while Rissoto can just magic sharp objects into Dopio’s blood wherever he wants. (Dopio is the boss after all). It’s a pretty exciting fight while also seeing what the limits of what the time skip powers are based on personalities. Dopio/boss barely win out in the end based on Narancia’s sudden interference, so fun stuff all around. In the story, Giorno and the group are at the boss’ home location and they can use Abacchio’s power to discover who the boss is, so I wonder what happens next. There are 12 episodes left after all.

This episode was two yars of training arc in only one episode. I was very sad to see Nezuko asleep for two years because that’s incredibly worrying. All very fast with cuts to important moments during training that we need to remember. The first half of the episode is roughly a year and a half of Tanjiro training and learning techniques from master Urokodaki. While the second half was Tanjiro learning to hone those skills and breaking a rock from Sabito and Modoko with their different perspectives. Very thoughtful and beautiful episode even if it was very short. I liked it a lot.