I don’t have that much to say here besides Easter weekend being huge for me. This was just a big cool down time where I did nothing but finally finish a 94-page report for the degree that I already have. So not productive at all really.

This episode was heavily lacking in visual quality because of the lack of background details, how some characters were lacking details during still shots, and some characters looked like they were on a 2D flame. Only Hyakkimaru got the star treatment here and even then, he suffered like the rest of the characters. With the lacking visuals aside, this episode felt emotionally and atmospherically strong.

This episode was pretty well directed. Good static shots were well placed in order to give this show an eerie feel too it. The town looked nice but having a bad undertone that could be felt through the show’s direction. The leader of the village trying to keep his village together with demon ownership, Hyakkimaru killing demons without thinking about repercussions, and Dororo seeing the damage he and Hyakkimaru caused was all powerful. This was the turning point in Dororo and Hyakkimaru’s relationship because Dororo doesn’t want to just destroy anymore. The map he has on his back and the other half conveniently showed up. I With this cliff hanger in place, it’s time to see how it all turns out next episode. Pretty excited.

Finally, a visually coherent action episode. About time we got that after the first two episodes. Also, this episode did follow the standard formula of Saitama beating up bad guys after a lot of people got beaten up but in an interesting way. Garou, who was trained by S class heroes, is a human that wants to be known as a monster. In this episode, he beat up a lot of heroes to gain a reputation. Bang, the old S Class martial artist, set up out to fight Garou to stop his crazy. Then Saitama shows up, was completely oblivious about who Garou is or looks like and defeats him without realizing it.

This show is an upswing right now. Hope it continues.Thinking about dropping this one soon because while it’s getting better, still not that meaningful though.

I honestly don’t have much to say about this episode because it was kind of boring for me. Enta, the ignored character of the trio, has unrequited love toward the main protagonist Kazuki. The two used to be the golden duo on a winning soccer team, but Kazuki quit for some reason after last soccer season. That’s the main thrust of the story. Most of the episode was Enta fantasizing about him confessing his love for Kazuki and then Kazuki reciprocating that love, but they never happen. I did read a powerful thread on twitter about how this episode being blatantly gay was powerful for representation and I can feel that because I didn’t think about that at first. That’s awesome stuff. Still not as interesting of an episode for me.

Also, a lot of the shots were just repeated frames from the last two episodes this episode, so not much visually interesting either. Maybe this was a lower episode or maybe when the spectacle is gone, it’s just an average story? I do think the fact that Haruka, Kazuki’s younger brother, can’t walk has something to do with everything that happened, so there is some intrigue. I guess there isn’t that much to say until the next episode.

With this episode comes the introduction of Kagura Soma, a girl with a soft heart but insanely strong muscles that doesn’t know how to hold back her feelings when Kyo is present. I mean, she does a good job of ramming Kyo through doors and through floors, so she is kind of scary. Tohru bonding with her and finding out how she thinks and feels was nice. Tohru is a bit of an air head, but she is such a loveable one and I really like having her being a presence around the show. I hope she doesn’t have to move out soon because it feels like she found a home at the Soma house. What a touching and beautifully animated and episode this was. I am a complete sucker for everything that it’s dishing out apparently. Why? Why is it affecting me so much? Is it because it’s so honest and pure?

Then all the sad appears in this amazingly fluidly animated episode of JoJo. After Dopio/bosses climatic battle against the head assassin Risotto, Abbachio works his hardest to search for the face of the boss while everyone else is on look out. The sad part happens after Abbacchio helps get the soccer ball stuck off a tree from some kids and is instantly killed. Abbacchio’s after life seen with a cop that was killed because he took a bribe was incredibly touching and just so well done. He died and still gave his group the image of the Mob Boss, so he did give his all for this job. Damn.

Today was an episode dedicated to introducing Kino, a character who is also to shy to talk, but talks through illustrations. With her introduction into the club, everyone in literature club just draws pictures of each other and it’s just adorable. The romance between Nodoko and Eiji hasn’t progressed that much in this episode, but that’s ok. Such an adorkable watch.

Can I just say how amazing this episode was? Not only from a visual perspective with Tanjiro’s amazing fight with a scary monster, but because a lot of the pay off came from episode 3 as well. Why was the master not training Tanjiro as much as he could? Because he didn’t want Tanjiro to die. Also the kids that were training Tanjiro in the second half of episode three? Dead kids that didn’t survive the Demon Slayer training. Man, all the emotional pay off made an awesome fight make me feel something too. Simplicity and beauty at its finest.

Also, we have whole new spring boards to see what happens next because all the other trainees were just seen in a small number of frames after the creepy Shining twins tell everyone what was going on. The other trainees are going to show up in greater detail later. It’s always amazing what kind of detail goes into this show. So much to explore, consider, and speculate on because the show is written like that and I am glad it is. It’s so different compared to some series that just spell out everything for you.

Attack on Titan is back and I couldn’t be happier. This episode cut straight to the first town that Attack on Titan took place in during the fall of the Wall of Maria. The scouts have a plan to seal off the city and they go about it with Eren sealing off walls while everyone else searches for titans. He seals off the first wall and then Armin is on the case to find out where all the other titans are because there is a surprisingly lack of them. Armin does figure out where all the Titans are heading, the titans step out, and a war is about to start.

The build up was amazing, the animation and direction was pretty good. I have honestly no complaints about this premiere episode. Man, things are going to go down soon. 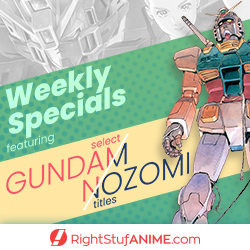