Happy Star Wars Day everyone. Star Wars is one of my favorite movie franchises ever. I’ve fallen in love with it ever since my dad took me to see the special editions of the original trilogy a long, long time ago. Yeah, I was raised to be a nerd by watching all sorts of fantasy and science fiction television shows and movie and Star Wars was only the beginning. That is my life. Dad is the reason why I am the way I am today. But that’s a story to be expanded on for a later time maybe. It’s Star Wars day and we are here to talk about Star Wars. For all it’s ups and downs, I can’t quit it. It’s too hard to. Can’t wait for Episode 9, no matter what quality it is.

So out of all of Star Wars objects, what is the most famous weapons that you can think of? I don’t know about you, but my mind goes to the lightsaber. The weapon of the jedi and the sith. Honestly, what is color then a laser sword? Not much really. It’s a weapon that requires a lot of great skill or else you can just cut or kill yourself with it incredibly easily. Just like Luke almost did when saw a lightsaber for the first time.

With how famous Star Wars is in the west, it was also incredibly popular in Japan. A lot of anime was greatly affected by it. Let me provide some examples of it. Anime took the concept and ran with it in their own directions.

I’m starting off really big here and this post probably won’t get better then this, but what is cooler then just having a laser sword? What if the laser sword was used by a giant robot? That’s it, that’s all I have to say. That is one of many influences that Star Wars has in the Gundam franchise. That’s all I am going to say for now because that might be a post for later. Maybe.

Tenchi Muyo isn’t just a harem comedy, it’s also a space opera. And since it is a space opera, that means it has some awesome space swords. Ryoko, the feared space pirate has the capability to create a laser sword from the legendary jewels on her wrist. It can also turn into a laser, so she is pretty awesome.

At the same time, Tenchi has the blade of the Jurai royal family. It’s only a starting blade, but it’s the blade that tells him that he might be the chosen one to take up the throne of Jurai, a society of space elves, sometime in the future. As he gains power, he doesn’t need the handle anymore and he creates an awesome laser blade that cuts through entire universes and dimensions by himself. It’s just cool stuff!

The most powerful weapons in Lost Universe are psychic based. The main laser canon on the most amazing ships in the universe, Lost Ships, have to have a psychic on board concentrate in order to even fire a weapon. Psy Blades work the same way. The user can’t use the blade for an extended amount of time because it wears them down. So there are advantages and disadvantages just like everything else. It probably takes a lot more time to train using them then lightsabers.

I’m going to be honest here, I don’t know a lot about Sword Art Online besides the first arc. After that one, I had to stop because of how frustrating it is. Because of this, I don’t know the circumstances behind the lightsabers in general here, but it’s still pretty cool.

His name is Kuwabara and he has a sword! Just like Yusuke using his spirit energy to fire “bullets”, Kuawabara using his energy to create a sword. He can make as long as he wants (get your mind out of the gutter) or even control how the sword moves so it can move whatever way Kuwabara needs it to to hit a target. Later on, Kuwabara also gets the ability to cut through dimensions with it which plays heavily into Yu Yu Hakusho’s plot. Man, Kuwabara is so underrated.

So I am sure this isn’t all of them, but I think it’s enough to drive the point home when it comes to Star Wars’ lightsabers at least. What’s you favorite sort of laser sword that is used in other media besides Star Wars? Thank you and have a good Star Wars Day! 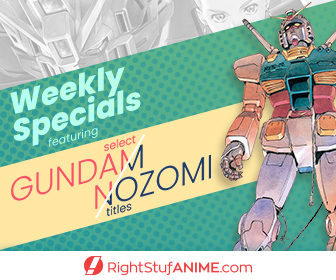