I honestly don’t have that much to add here except AMAZON QUIT DELAYING THE RELEASE OF DORORO EPISODES FOR NO REASON AT ALL. Also, I wish Carole and Tuesday wasn’t in Netflix jail. It’s directed by Shinichiro Watanabe and because of that, I really, really want to watch it. Gah, seasonal shows are a pain sometimes.

Also, JoJo had a recap episode this week. I don’t watch those, so no entry for it this week.

As of this week, I think I’m dropping this one. It has a lot to do with how the show is just repeated a lot of what it did last season. You know, the build up to the conflict between the villain and Saitama, by doing it’s best to keep Saitama away from everything Garou does while everything builds up by giving him a martial arts tournament to be apart of. Metal bat taking the role of the protagonist of this episode is ok I guess. Him beating up giant centipedes is entertaining I guess. We still don’t know anything about Metal Bat besides him having a younger sister, so I just don’t care about what he does. Garou having an simplistic love for monsters doesn’t do much for me either And that goes with everything here. The visuals are ok, but they aren’t good enough to keep me around.

In this episode, Dororo is captured by Itachi, the evil guy who betrayed his parents. Yes, I am considering Dororo a he in this show because while he was born a female, that’s not how he wishes to be seen by the rest of the world. Anyway, Itachi wants Dororo’s families treasure and since Dororo has one half of the map on his back with the other one found by Itachi digging up Dororo’s mother’s grave. Yeah, Itachi lost all redemption possibilities from that one.

The most confusing thing about this episode for me was the one armed guy with the demon sharks. That was a big WTF moment for me. Not that the episode jumped the shark at all because those demon sharks allowed Dororo to show his strength of character by getting what was left of Itachi’s gang out of the situation and the shark guy was an alright character, but I wonder what lead to this weird decision from a writing perspective. Either way, still more then passable because the sharks and the person were there for a reason. Not just for shock factor.

Itachi stripping down Dororo because of the map on his back at the end of the episode was horrifying on so many levels. Dororo having the identity he wanted wiped away from him and Itachi having a complete map for gold doesn’t inspire much confidence for how the rest of the show is going to turn out. Hurry up Hyakkimaru.

At this moment, I feel like Sarazanmai is being held back by the premise it put forever in the first episode. All of the cahracter stuff is good and it needs the premise and everything to go forward, but it’s getting in the way of everything else. Especially since the protagonist group and the villains have almost no connection to each other at all. It’s easily the weakest part of the show at the moment. After getting used to all of the Kappa and Butt shock value things, it doesn’t have as much strength to it anymore.

With that being said, it was still a solid episode focusing on Kuji. He is the resident crook and killer of the group and after seeing his dreaded backstory with his parents killing themselves and his brother funding the soba restaurant his family owns through crime, it all makes sense. The ideology of Kuji’s brother living in a world where only the bad can survive and thrive is harsh, but it makes sense because of what Kuji has to go through. The soba theme and Kappa transformation scenes and stuff are just a window dressing for all this good character drama.

At this moment, I do think that Kazuki’s partners: Enta and Kuji represent different sides of himself. Enta is the pure and good side and Kuji is the evil and corrupted. Whoever he ends up with in the relationship shows off which side of him he is leaning towards because it’s pretty obvious that Kazuki is half way in between all of them. Also, the reveal that Kazuki hates his younger brother at the end was completely shocking. Obviously, there is a lot going on here that needs to be explored.

In this episode, we meet the last person on the poster, the Psychic Girl. I love that all of her readings are wrong just because of misused Kanji. The president of the literature club having strange hair styles that get her questioned was a lot of fun. Also, the ever-growing relationship between Nodoko and Eiji with everyone in the universe trying to get them together is fun too. Not something special, but it’s a good short series.

I don’t know what to say because insane amounts of crying and this episode being dedicated to those who don’t feel like they belong anywhere. Tohru reveals a backstory that she was never picked to play in any games when she was younger and just doesn’t feel like she belongs. It’s even worse when she is called back to her family’s home where everyone except her grandpa doesn’t like her. Why? Because Tohru’s mom was different too. With Tohru being selfish and demanding for once while Kyo and Yuki got along enough to take her home.

It’s nice seeing Tohru get a place she trully belongs and can be happy for once in her life. I hope everyone except the Grandapa disappear because they are all horrible people. A short amount of time with these people was enough to understand Tohru’s predicament with her family and get a negative impression of them. All this show’s emotional honesty is getting to me. It’s why Tohru is so powerful and influential to a lot of people.

Episode 4 has been my favorite part of this shonen journey so far, but this episode was pretty great too. Mostly because we see how multi-facted Tanjiro can be. While he has a major heart of gold when asking one demon after another how he can bring a Demon back to being human and saying goodbye to the demon he just killed, his strength and intimidating is always there under the surface. There was the moment of one of the other few survivors of this training wanted his sword badly, so he grabbed one of the twins to be more aggressive. Seeing Tanjiro threaten to break the guy’s arm and then actually do it was kind of shocking because after everything he knew about him, he would never do that. I guess his training did mean something to him after all.

That was all the first half of the episode. The second half was completely strange and I loved it. Nezuko being awake was excellent, but the guy carrying Tanjiro’s sword to his master’s house is a huge weirdo and was completely obsessed with Tanjiro’s red hair and red eyes. And then there was a talking crow with mission orders. It’s a fun entrance into this weird world of Demon hunting that I hope doesn’t back fire from all of this. I’m glad this show is starting to become more then bare bones Shonen with beautiful animations and backgrounds. I really like Tanjiro and I wish him and his sister well in the coming episodes.

After last week’s set up to the titan vs humanity conflict, I thought everything would explode out a lot faster then it did this week. You know, all the titans and humans running out and attacking each other at the same time. You know, one massive mob of titans vs a bunch of people on 3D maneuver gear and horses? It’s how all the other battles seemed to happen. Instead, both sides are using strategy to win this one out. Where did this Code Geass style nonsense come from? Commander Erwin leading his troops like this is something else

The titans sending out their smaller titans to take humanities horses and the scouting corps struggle to fend them off. Reiner in Armored Titan form wants to go after the horses too, but he instead goes after Eren because how he is a bigger objective to go after. So Reiner and Eren fight for a while and then the scouts use new missile technology called lightning rods to out Reiner. The end of the episode was a cliff hanger about whether or not Reiner was dead or not.

So all in all, still a pretty good episode. Just very clunky in it’s structure with it’s flashbacks and it’s lack of focus. I just wish it was a little more nuanced then flashback to “aha, so they know what I am doing now” kinds of moments and flashbacks. They just don’t really do that much for me. 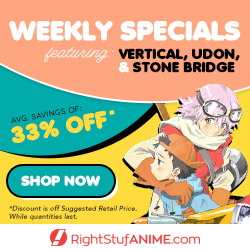