If there is something that I know I would enjoy but know I will would fall down the hole of is Tokusatsu series. I enjoy giant monster films and anime, so I know that I would enjoy it. I don’t think I need something else to make me fall behind on media from my own country. So lately, I’ve been vicariously enjoying my Tokusatsu life through different anime series. I haven’t watched any Garo, so I don’t know anything about that series. Gridman is different. SSSS.Gridman came out two seasons ago and told us about the legendary hero Gridman with it’s own sense of style and appeal and I really enjoyed it. Ultraman came out recently and well, I have a lot of mixed thoughts about it even if I did end up liking it.

Netflix’s Ultraman follows the son of the original Ultraman. After the original Ultraman suffered some permanent damage against the mysterious alien in Ultraman armor called Bemular, Shinjiro Hayama, our protagonist jumps into armor the first time to take Bemular on. And so begins the harsh adventures of Shinjiro Hayam in learning what it means to be Ultraman. You know, typical super hero things like trying to control your powers in public, learning that you are cursed to fight and kill aliens to protect humanity, and you can’t tell anyone about your abilities or your secret identity or else. Yes, classic super hero origin story things. Not like we haven’t had a lot of those already.

The story had a lot of elements and puzzle pieces attached to it. While the focus is about finding Bemular, it was also about Shinjiro learning what it takes and what it means to be known as Ultraman. Then the show sort of shuffled is feet in some ways because the cover of Ultraman has three of them on it. That means that the series needed to stall it’s feet a lot to give you the personalities of two other people and their motivations. Moroboshi, the adult glasses wearing guy is just an officer for the SSSP that Ultraman works. He takes his job seriously so Shinjiro has some work conflict and identity issues. Considering the place Moroboshi has, it was only natural for Shinjiro to appear in the show itself. That sense of doubt Moroboshi brought to Shinjiro is enough to push the story forward, but the Ultraman anime itself decided it wasn’t.

A lot of things get pushed around and forced to slow down when the third Ultraman makes his entrance into the anime. Like literally, he forced his way into the series. Seiji’s plot revolves around surviving an attack on an airplane flight that was attacked by an alien mercenary group which resulted in him losing his arms. So we follow this sort of revenge plot that the over two Ultramen help out with for some reason. I don’t like the third Ultraman at all because not only does he not feel like he shouldn’t exist, he distrupts everything else interesting that happens in this show. And what gets worse is that I forgot to say something about the Shinjiro/Ultraman meet cute with an adorable idol Rena that I liked seeing personally. It’s very stuffed, but I think the show works somehow regardless of that fact.

Since Netflix’s Ultraman takes away time from Shinjiro, he doesn’t feel like anything more then a boring self insert character by himself. When meeting and talking with Moroboshi, Shinjiro bounces off very well with each other even if Moroboshi attacks him mentally and verbally as much time as he gets. Seeing Shinjiro finding something to say gives him a personality. Same with Shinjiro’s encounters with Rena. I honestly think the two of them have some great chemistry with each other. Also, Shinjiro listening to what Rena has to say during her concert and responding in kind is cute too. It’s very 1970’s Superman chemistry like between Superman and Louis Lane and that’s why I adored them together. I don’t think Seiji adds anything new at all. I wish he was saved for a second season so Shinjiro could be developed more then he was. Or just not have him in the series at all. Netflix’s Ultraman doesn’t need him.

The show is hodged podged in other ways as well. For one thing, this series is going to be the real thing I think of when it comes to combining Japanese traditionAl animation techniques, and body language with American super hero sensibilities. Ultraman is a classic Japanese Hero and this series is about Shinjiro discovering what it means to be Ultraman, yet the Ultraman suits are heavily influenced by Iron Man in a lot of ways from how they work to their Heads Up Displays in the suits. Then there is the tone itself, though I don’t know much about how Ultraman usually is. It’s way too dark D.C. Expanded Universe stuff with it’s darkness and lack of depth. Also, there is a strong lack of giant monster fights that Ultraman is famous for a show in favor of just human sized monsters fighting each other. Man, so much is wrong here. This show was designed to appeal to a mass market audience on Netflix by being a stepping stone to Japanese culture while reassuring the audience that it won’t get too for some people. It’s fine I guess.

You know what? The hodge podge continues even more. From a CG animation perspective, Netflix’s Ultrman is the most fluid and good looking CG on it’s whole platform bar none. At the moment, the only thing that I could think of that definitely beats it is Land of the Lustrous. There are some questionable lip flap sync up moments that don’t match up with the vocals and some frame rate issues, but you can easily get used to it as time goes on. The battle suits vs other battle suits or rubber monster suit combat scenes are the best things ever. You could have told me that they were all live action scenes and I would have never doubted it at all. At the same time, I do think that this show goes a little too far with it’s realism sometimes. Remember what I said about the body language? It’s more Japanese live action body language then anime body language. At least from what I remember from some of the Japanese It’s a little off putting sometimes and takes getting used to as well. The visuals are strange and yet beautiful in their own way because Netflix’s Ultrman has it’s own identity.

With all that talk of hodge podge and mixed things, the ending product is pretty decent. Maybe not as well developed as they could be, but it’s more then watchable. Very visually stunning, some great character moments and fights. Maybe a little too tonally dark for me because it dug as deep into darkness and killing as the show could, but seeing Shinjiro finding himself and digging himself out of the darkness was very satisfying. I do wish that there were some good giant monster fights to go along with everything else to make it something more interesting. Still wondering why they didn’t do that in the first place. Maybe that’s taking it too far? Either way though, there is a lot of potential here. The set up is done, it’s time for a season two to kick everything out of the park. I hope Netflix’s Ultraman was enough of a successful venture for that to happen. 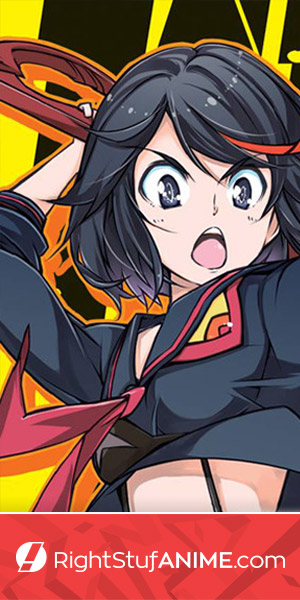