Thank you for all the comments on my transition post, everyone! I’ve read all your comments and want to tell you what I decided. The main focus of my blog is going to be anime still. Every Monday, Wednesday, and Friday, some sort of anime content will appear on the blog. That’s a 100% definite thing that will not change at all for the time being. The thing that will change slightly is what appears on this blog during the weekends. When I have time, I plan on posting about something that is not anime like Star Trek Discovery, a book that I read, a movie that I recently watched, movie lists, or something that I think needs attention. So basically, for me things. I realize that I have almost 800 followers on just WordPress alone, but I still feel like I own a small shack on a corner of the internet landscape. One of those made out of card board Hoovervilles that is slightly better then living under a bridge. The posts I write for the weekends will be more for myself then the usual stuff, but I would be over joyed in you reading them if you want to. Thank you all, I just wanted to tell you what I planned.

I am starting these weekend posts with Star Trek Discovery. Star Trek is something that has been apart of my genes since I was born. I’ve just learned recently that my dad first watched Star Trek on a black and white TV that he set up in his own room when he was a kid and he’s loved it ever since. That sort of love of Star Trek and science fiction has found it’s way to me heart because of him. Before I watched anime, I grew up watching a lot of science fiction television series thanks to my dad. I hope to carry that banner as long as I can and pass it on to the next generation. I love you dad, but this is all your fault.

Star Trek Discovery being a prequel to the original series despite the technology is rather interesting because it all has to lead up to the TOS somehow. Part of the fun mystery of this show or rights deals we don’t understand. Whatever. I know that a sequel season is an awkward place to star when talking about Star Trek Discovery, but I don’t have much to say about Season One as I do for Season Two. That’s partially because I finished watching it a month ago or so it’s still fresh and partially because I think Season Two is such a huge improvement from Season 1. That doesn’t mean that I don’t think Discovery’s first season isn’t worth watching because it is. To me though, it just suffered from a lot of tonal problems and story problems. Since Season One only had a limited amount of episodes compared to this one, everything felt very rushed. And I know that Star Trek DS9 exists and is very dark, but I feel like season one strayed from the Star Trek feeling of light and hope even more then DS9 ever did. Even then, the show was too short to fully absorb that tone completely so it was very mismatched and awkward. Season Two has some problems too, but it is a major step up from Season one in a lot of ways.

A lot of crazy things happened in Season one in a short amount of time. There was the Klingon War that our protagonist Michael Burnham was blamed for even if she never did anything wrong really, The Discovery has a form of instantaneous transportation called the spore drive, the crew lived in the dark universe for a short while, and then helped the Klingon War come to a peaceful conclusion. All of that matters not only because it sets up the background events for everything that happens in season 2, but some characters from the Terran Empire make it to the normal universe too. Captain Lorca, the original captain of the Discovery is from the Terran Empire. He is also killed toward the end of the series. Captain Georgiou from the current universe is dead, so the evil one made her way back and has a lot of screen time in season two. She can’t live in normal society, so she works for the dark and mysterious section 31. A group that plays some massive roles in this season from the middle onward.

Season Two of Star Trek Discovery starts with a missing spock, who is our protagonists adopted brother because Michael was raised by Sarek and his wife. The opening mystery of the show is tracking down mysterious lights that open up in the different parts of the galaxy for some reason. It’s the Discovery’s mission under the head of Captain Pike from the U.S.S. Enterprise. Since the Enterprise is damaged and not going anywhere for the time being, he leads the Discovery around for most of the season. So the three plot threads of the mysterious lights, Captain Pike and the U.S.S. Enterprise, and Section 31 both build up as the show goes on and eventually meet towards the end. First it’s more of an episodic series that I kind of liked, but it feels natural as it goes all story based. I still think that some aspect of this season were a little too quick for it’s own good, but the story of this season felt much more composed compared to season one. Much more Star Trek even if there were some set backs about the Prime Directive and some other aspects of Star Trek lore, but I won’t dig too far into that. Now isn’t the time.

And with all that, we get this fun cast back. A cast that everybody feels like an actual person instead of only having speaking lines when they need to have them. And yes, these characters to their jobs when they need to on the bridge. They aren’t just bridge bunnies that are there to be there, these are characters presented by actors that know they have lives outside of sitting in front of a screen. That adds so much flavor and texture to the series as a whole. I may forget the names of most of these characters, but I still love them all and will die for them if I have to. I wish they have more down in the lower decks episodes centered around them. Knowing more about them would be so nice.

And then there is the main cast of this show. The main problem that I still have with this show is the character of Michael Burnham. Her actor is amazing, but I wish that she did feel more like the plot device to me instead of an actual character. The show tried it’s hardest to make sure this wasn’t a thing, but her presence always felt awkward to me. Michael was at the center of season one in a lot of ways and she is even more engrained in this story considering that most of the story is about her and Spock. Now she isn’t a charisma void, so that’s good, but I feel like how other characters act around her is less interesting then when they are by themselves or interacting with other characters if that makes any sense. I hope it does. Tilly, Saru, and Lt. Samets are just amazing characters that just need more and more screen time. All I’m saying.

Then we the new additions to this season, Spock and Captain Pike. Can I just saw how well cast they are and what good material they are given? Before season 2, Pike only appeared in the Niven Universe films, a pilot episode from the Original Series, and a very horrifying fate later on. From everything I’ve seen here, the Pike in Discovery is the best version. Especially since this one has the possibility of being one of my favorite captains in all of Star Trek. That isn’t something that I say lightly, so take that as you will. Anson Mount is just a good actor. And then there is Spock. I don’t think anybody could ever nail it the role as well as Leonard Nemoy because Leonard is Spock, but this actor is pretty good. He has all the correct mannerisms and speech patterns. I know this is a bold statement, but Ethan Peck does a better job then Zachary Quinto. Maybe because he’s give better material (even though Beyond is about as good as Discovery Season 2 in my eyes.)

Do I need to even talk about the visuals for this show? They’ve been constantly fantastic and cinematic looking since season one. Even the direction with the well time used and shadows and things. Always something interesting to look at. The Discovery’s model and it’s sets look amazing and incredbly well detailed, the amazing space travel and combat scenes, the costumes are always great since most of them are uniforms, and I really like the Klingon designs. Bite me. Technology and prospetics have evolved since the 1960’s and late 80’s. I found it pretty fun to see what original visions Discovery brought to them and I wasn’t disappointed. Not really concerned about original canon too much. The biggest things that really caught my eye were the sets for original locations the Discovery will never return to. Every part of this show says money, effort, and love, and I’m glad to see a version of Star Trek getting all of that.

I feel like you all know how I feel about Star Trek Discovery second season right now by the end of this, right? It’s very clear that the people behind season one saw a lot of things that didn’t work and wanted to take everything in a much different direction. And for the most part, that different direction work incredibly well. If Star Trek Season 1 was a 6/10 for me, Season 2 is somewhere around an 8.5/10. Massive improvements in story and characters with some room to move forward. Then again, I have no idea what I am doing with those sorts of scores because I don’t score things that often or ever. Oh well. I’m ready to consume more Star Trek when I’m given the time to do so. Let me at em, coach. I’m ready! 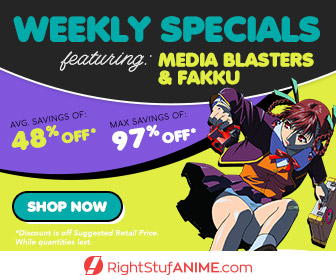