The whole Attack on Titan episode debacle has confused me quite a bit and has forced to finish these posts much later then I usually do on Sunday nights. Gah, that’s a little frustrating.

But anyway, if last week had all the momentous and most action packed portions of their series, then this week was the major slow down and relax episode. An episode where the animators can rest a bit and all the character development starts. I guess this proves that everything in anime sort of moves in cycles or had repeatable patterns down to the week. Maybe this needs further study. (Kind of cancelled out by action packed weekend shows apparently.)

Last week’s episode of Dororo was explosive with a lot of action, so this week the animators take a break and give us a fun in between episode. An episode where Dororo and Hyakkimaru go to a town to fix/replace Hyakkimaru’s swords because of the master sword maker. The big upside, Hyakkimaru gets his swords fixed. The fun down twist, a little demon shows up to cause everyone to say the opposite of what they mean. There is some unintentional drama with Hyakkimaru possibly being married off to the sword master’s daughter, but the drama never goes too far. Instead, resolves naturally and shows the strength between Dororo and Hyakkimaru. I think that’s for the better considering that the actual end game is going to happen soon. Five episodes left.

If last episode was the strongest episode possible for this show with almost perfect execution, then this is possibly either the show going back to normal or the worst possible execution. The relationship drama between Kazuki, Enta, and Kuji is good stuff. Especially since Enta wants Kazuki to join him on things because he has an attraction to him and Kazuki obviously wants include Kuji because he wants to include everything. I just wish that we didn’t have to go through this whole Kappa transformation thing to get to showing Enta’s jealousy. It’s realistic for how this show’s formula goes, but it’s kind of rotten in some ways because you always know how everything is going to be found out. Why build a good mystery thing when you can just solve it through formulaic means?

And there is the otter cops. I feel slightly better them because we are given more information about them. Apparently they are clones that are controlled by the Otter empire to do their bidding. That still doesn’t mean as much to me because everything about them feels either not as fleshed out as they could be and contrived. Why did one cop kill the other? Have no idea. Why do I care about whether or not the clones have the same personality when I don’t even know what their personality was in the first place? Going away from story fundamentals to tell a more unique story should never be frowned upon is good, but this episode just failed about all of them.

Another smaller but powerful episode this week. It’s New Years and everyone is forming their own plans on how they are going to spend it with their family. Well Tohru’s family are a bunch of jerks and going to spend their New Years in Hawaii. Everyone else has their own families to go and Tohru urges everyone, Arisa, Saki, Kyo, and Yuki, to spend time with their families. It’s Tohru’s first New Year without her mom so her plan is just crying in front of picture with her mom. With Saki’s push, Yuki and Kyo, completely dropped their plans and spend it with Tohru. They were lucky enough to catch Tohru before she started crying. Man, this show doesn’t even have to try and get me, does it?

Everything that happened last episode with Bruno fighting against mole man Secco and Giorno plus Mista fighting against mold man Cioccolatta. Secco over powering Bruno is all we get. Most of this episode is focused on Giorno and Mista taking Cioccollata and his helicopter down. Mista got shot up by his own bullets like usual, but Giorno and Mista found a way to stop the helicopter by growing and try and using some of trick of turning a branch formed from a bullet to jump into a different angle to hit Cioccollata in the right spot. Cioccollata is down, as for as we know, but Secco is still around and needs to be defeated.

This week’s episode was the bikini/fanservice episode. All the girls went to store, tried on, and bought bikinis that they were at a pool. Nanoko was extremely shy about showing off her skin because she has never owned a bikini before. Eiji stops in at the pool, sees Nanoko, Nanoko blogs Eiji’s eye sight with her Senryu board, and everyone laughed. That’s the episode. I guess these sorts of episodes need to exist in anime right? Just more forgetful then usual.

Watching this episode, I feel kind of dumb. I didn’t realize that only Muzen Kibutsuji was the only demon that could create demons besides one demon that was introduced today. My god, that guy is a busy man. Has a lot of business trips that he must lie to his family about. But anyway, I have some unresolved things to talk about. Muzen scratched a demon in the middle of Tokyo last week and Tanjiro was lucky enough to stop it spreading by the appearance of some friendly demons Tamayo and her created demon Yushiro. Demon that are able to stave off their demonity by purchasing human blood.

This week has a lot of subtle world building and character stuff. All very interesting by the way. Tamayo and Yushiro’s operation being off the books and giving Tanjiro a possibility of breaking back Nezuko from the dead. Also, Yushiro and Tanjiro are oddly similar to each other and I really like that. And the most important one, Muzen knows how to separate family life and work, so he sent two demons after Tanjiro and guests while ina back ally. Got to love a guy who knows how to keep his life balanced. The two demons finding Tanjiro and the rest of them was the episode cliff hanger so some things are going to happen next week. Cool!

Episode 5 is a triumph of the human spirit and sacrifice in the face of danger. A perfect episode to follow going into Memorial Day. On one side of the wall, the last of the survey corp force a cavalry charge against the titans while Levi attacks the Beast Titan directly. That happens, a lot of people die, and Levi was able to defeat the Beast Titan. One of the most amazing sakuga moments in the show happened with Levi’s strike. The beast titan’s human does get away, but only luckily and reluctantly. So many people die to bring down aggressively smart titans. It was terrifying, but worth it in the end.

Then the same thing happens at the other side of the wall. Armin and Eren face off against the colossal titan and the remaining troops fight against the armored. Armin resists against the colossal titan’s heat as long as he could before Eren takes him out, and the others somehow manage to defeat Reiner. Just holy crap. I wasn’t expecting Armin to turn into a crisp. I wasn’t expecting any of this. What am I supposed to say? The hits continued from last week and just kept coming and coming. Just no way to stop it unless I actually hit stop. Couldn’t do that or look away. It was just astonishing.

With Levi having a titan vile to save one person, it seems like he is presented with two choices on who to save next. All I can say now is Armin is best boy this season. That’s it. That’s all I have left to say. 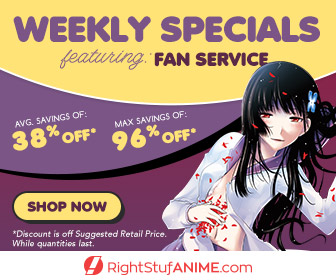