A lot of ground breaking and life changing episodes in some way this week. That’s all I got because I’m writing this later in the day now. This is what happen when Attack on Titan airs later in the day.

Let’s talk about some anime.

Dororo has been going down the path of this broken person is a master of a demon recently. Very reflective material, I like it. I’m used to a town being at the service of a demon, so I really like this route. Two themes of this episode. One being how Dororo and Hyakkimaru’s companionship couldn’t be stronger at this point. The other one is Saburoto, a former samurai whose broken controlling a Chimera Demon. The two intersect this episode when Dororo falls off a cliff and gets town in some rocks while water is building up after facing the Chimera demon. Hyakkimaru couldn’t break out Dororo with his sword hands (the monk had to do it), so he chases after the chimera demon to kill it in hopes of gaining arms.

Of course, nothing works out as planned. Hyakkimaru kills the demon after Saburoto and the chimera meld together, and the end result is nothing. Hyakkimaru gets no body parts back. Where is Hyakkimaru going to go next? Home. It’s very heavily implied that wants the rest of his body back for Dororo’s sake. Something tells me there is going to be a huge set of drama going forward because there is some evil foreshadowing going on. I think Dororo is one of those demons. Possibly maybe. All the nerves forever now.

Oh, also the demon’s pact is gone and Daigo’s lands are being infested by rats and rat bites. Plus Tahomaru is still pure despite his rage towards his brothers. Good background dressing for stuff to come. I should also mention how I love the color in this show because it’s so unique and beautiful. Man, this show is going to have an epic conclusion and look great having it.

Now this is the episode that I’ve been waiting for. Episode 6 was great, but it didn’t have nearly as large of an impact as this one. A lot of good character things happened like Enta and Kuji’s older brother spending time around the city, backstory about Kuji giving up everything including his favorite sport soccer for his brother, and Kazuki just suffering from the event that shook everything apart. Also, the cops finally played a large role then just sending out things for the Kappa to fight. They shot people and blamed it on Kuji’s older brother and brain washed the good cops in the process. It’s a mess of an episode that I couldn’t help but really like.

The major important moments from this episode were Kazuki and Enta having an argument about how horrible Enta is, Enta getting shot by the cops for protecting Kazuki,and Kazuki and his brother escaping and soon surrounded by cops. Finally the cops are more relevant then they ever where. Even if the otter cops are manufactured for some reason by a harder society and forced to work for them, they are still doing societies bidding. (With one of them trying to help Kazuki save Enta.) I’m not sure I can ever feel sorry for them because of that. Then again, it is a complicated situation isn’t it? A lot of emotions, a lot of commentary about society, a Kappa being frozen for some reason, an idol that plays some roles in society too. I like it. I wish the show was a lot less formulaic all the time, but I have a feeling it’s going to be like this for a while and that’s good. Well, for me and not these characters.

With Cioccolata killed last episode, which leaves the moleman Secco to fight against. That guy is even worse to fight against now that he is completely released from his partner’s control. Bruno is the only there to fight against Secco and since Bruno is a decaying corpse now, he doesn’t have as much strength as he used to. Most of this episode is like underground submarine warfare until Bruno somehow manages to destroy Secco’s ear drums. Then Secco has resorted to kidnapping a random strange otherwise known as Dopio/The Boss. Luckily or Unluckily, Bruno was able to kill Secco without hurting Dopio unfortunately.

So it had a lot of fun action bits, some good character stuff, decent visuals, and even had a fun reveal of Polneroff from Part 3 with Dio’s arrow. There we all with all sorts of mystery. I wonder how Polneroff injured his legs? I guess there is nothing to do but find out next time.

Another fun episode, but this time with summer events. Eiji getting a text from Nanako and instantly dropping his phone into his lunch was rather hilarious. As was him walking to and from a phone repair shop and seeing different classmates along the way. All brought up in funny situations, so it’s wonderful. Also, Eiji showing up at Nanako’s house and having a little match against Nanko’s dad as pretty hilarious as well. Light hearted as ever, but absolutely wonderful.

The night before a long relay race, Yuki catches a little bit of a fever. He says it’s nothing and will get over it soon, but we all know how it’s going to affect him later, right? The next day, the relay race happens. Tohru is not the slowest one in her class, but she is still pretty slow. The boys start later and somehow, Yuki and Kyo catch up to Tohru just in time for a new member of the Souma family to show his face. It’s Hatsuhura Souma, the cow Souma that has a crush on Yuki. During Yuki and Hatsuhura’s fight, Yuki gets sick, and gets a ride on Hatsuhura’s cow back to Shigure’s house. There we learn a little more about Hatsuhura, the tough life that he leads, and how Kyo and Yuki are getting along better.
It’s not as emotionally potent of an episode, but it’s still very warm and charming. It also allows us to see multiple sides of these characters by seeing how they act when one character is sick. This episode was the relaxing and down to Earth one that was needed from this show because Fruit’s Basket is a very powerful gut punch most of the time. At least it’s given time to pull it’s arm back in a ready position to give us another, huh? Haha. I’m joking, but you know I’m right, right?

I couldn’t help but feel that something was wrong with this episode in terms of pacing. I mean seriously, this show has never had as large recaps to the last episode AND had a recap of what happened a few minutes ago before, so I can definitely feel that it’s pretty standard shonen territory. Still, I can’t help but admit that I had fun watching this episode regardless of that. I mean, six armed, female Temari Ball demon and Demon who uses arrows as his combat technique were pretty fun villains. (I’m sorry that I am bad with names. My apologies. Also, haven’t seen arrow abilities since Soul Eater. Ah, Medusa is so cool.) It was a beautifully animated episode with a lot of fun, believable and well directed chaos. Plus, no one has died yet which is good for my heart.

Also, Nezuko played a larger role in this episode even if she was beaten back a little bit. Then again, everyone was beaten back a little bit or even more so. Then there were a lot of cool abilities at play as well. Like I said, very standard shonen, but still enjoyable standard shonen. As long as this show brings up cool opponents like these two demons and cool abilities, then I can see myself easily watching this show easily for it’s two cour run. I still wonder if this one is going a little too fast, because Tanjiro is already fighting some of Muzen’s personal demons and it’s only episode 9. This show has a weird episode construction to it.

Spoilers for people who haven’t seen it yet.

After the craziness that happened last time with all the human deaths and unknown damage to everything, this episode is completely different in everyway you would imagine except for all the human drama. The first thing that came to mind was that the beast titan knows Eren’s father and plans to save Eren sometime in the near future future. That’s a lot to unload. Reiner also had a letter to give our new queen which he handed over to Hange after being almost brutally murdered. Then after all that happened, Armin was miraculously still alive despite being burnt to more then a crisp. Then Erwin brought back barely alive himself, Levi only had the chance to bring back one person because Reiner was taken back and he was able to escape. With Levi only having the chance we bring one character back with his syringe, we move into the second part of this episode.

The second half of this episode was full of believable drama. Both characters had their cases of why either of them should be saved from their closest friends. (Or in Erwin’s case, one completely sane newbie that only wants Erwin to live so he can see everyone die again and again. Just the most sane thing possible.) In the end, it came down to who can carry humanity to the future and Armin was chosen. He has an infinite potential to see the future while Erwin just represents the past. At least, that’s my reading on it. Man, so much to read for such a simple concept for the episode. Maybe humanity will see the oceans in the near future now. 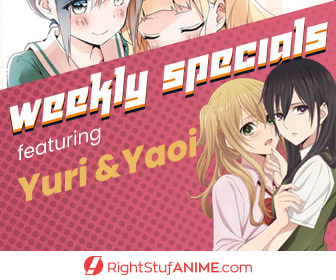