I know that no one was looking forward to my opinion on this specific movie, but I feel like talking about it anyway. From everything that I’ve seen, I think that Legendary Pictures is aiming a lot of their newest movie releases for people that are similar to my own reference frames. They’ve had movies that are specifically giant robots vs giant monster fights with the Pacific Rim films and they are helming the newer Gundam live action films with the help of Sunrise. Whatever their quality is, it really feels like they are putting a lot of effort and hopefully some love into their content. That in itself means a lot to me. Even if they aren’t the best film, if there is love behind what they are doing, that sets them slightly above the other products.

Then they also have the Monster Verse films which is the second most successful cinematic universe quite a fair distance away from the Marvel Cinematic Universe. I love giant monster films, even if I don’t consider myself the biggest fan, and I’ve been loving everything they’ve been doing for the most part since Godzilla (2014). That was an above average film that at least awoke some faith in the future films. I also loved Kong: Skull Island a lot. Like a lot. I couldn’t be more excited about Godzilla: King of the Monsters. Especially since it had my favorite monster, the three headed space dragon King Ghidorah. What can go wrong? Ok, a lot but that isn’t the kind of message I was going for here.

To start this post off for real, Godzilla: King of the Monsters’ plot is dumb and that’s ok. The Monster Verse’s analog of shield is called Monarch and they currently hold over twenty different giant monsters in various locations across the world. To wake them up, a terrorist organization is using a machine developed from Monarch that transmits alpha waves that awaken monsters and cause havoc across the world. The alpha waves literally mean waves that make the monster follow whatever the device says, so like an animal alpha. And all of that is fine until the terrorist group wakes up King Ghidorah, an alien invader into this monster microcosm and the world starts falling apart from monster multiple attacks. In order to stop it, Godzilla teams up with Mothra to defeat Ghidorah to put a stop to the havoc caused by all the monsters across the world. Yes, it allows monsters to be monsters and fight in cool ways and use various settings, so I have no complaints really. Ok, maybe I do have some small complaints. Fine, big ones.

As I’ve already said in the paragraph before, I’m generally ok with dumb plots that just allow monsters to attack each other. A lot of Showa Godzilla films had really dumb things like the underground empires tired of human beings or aliens attacking with their pet giant monster for some reason. That’s fine. What matters is the movie is having just as much fun with the monster fights and attacks as we are. No major explanations behind what is going on needs to be applied here because it’s not why viewers usually watch the film. If the films in question aren’t going to be like that, then the drama better be good. That’s where King of Monster’s plot is lacking. At the center of this film’s story is unintelligible rage. It involves a scientist mother, by the name of Emma Russell, who lost one of her children during 2014’s events, so she wants to ruin the world for everyone else by letting monsters free to do whatever they want and/or destroy everything. There was also some spouting about how letting monsters free is better for the environment and the Earth’s ecosystem which is fine I guess. I wish that wasn’t a line that was shared just to be shared or to be a line.

I have a lot more issues to talk about when it comes to this extra hatred and that leads more to the character stuff. Emma Russell has already been discussed, but we haven’t talked about the father of the group, Mark Russell, and the daughter, Madison Russell. Madison is fine, I have no complaints with her role in the film. Mark Russell was full of hatred over the course film too and I know that was somewhat of a copy of Bryan Cranston’s character from 2014 and just allowed him to survive. While his hatred is much more believable then whatever Emma was trying to do and possibly understandable, it still greatly damaged the beginning of the human portions of the film. It was too strong of an emotion that over rode everything else because nobody else had a strong enough personality to balance it out. He did get a lot better as he began to understood how Godzilla and other monsters think. Still, there just had to be a better way to approach this character arc.

The best characters in the film where the side characters centered around Monarch. Serizawa, played by Ken Watanabe, is just as mysterious and wonderful as he was in the 2014 film. I just wish we got to know more about him. That goes with the other side characters too because I don’t even remember their names. I feel like they had much more character then everyone else or they were just in on the Godzilla fun. The crazy guy with the conspiracy theories, the Verizon Wireless guy, the member whose family has been their three generations, and others. Here was the kind of crew that you would expect to run a giant organization centered on giant monsters. Gah.

And finally, now that the boring and not so boring human stuff is out of the way, let’s talk visual effects and Monsters. Man, I just love the everything this film did with each of them. Our monsters being Godzilla, Mothra, Rodan, and King Ghidorah. From the awesome ways they were shown was innovative visuals to having their cool scenes on how they affected the world to each one of them having a huge personality despite never being able to speak. The character animation between each of the monsteres were steller and I loved every single monster fight. Entire cities being wiped from the face of the Earth was great fun. King Ghidorah’s heads having a distinctive personality was a-plus. Godzilla just being Godzilla was pretty great too. Mothra and Rodan were solid and had great visual effects centered on them, but they were more secondary to the film. It’s possible that King of Monsters could have existed without them and it would have been fine, but I was glad they were there. All the monster fight fun easily over weighed the problems on the human portion of the film. Sort of. It at least made it easier to follow.

Then even the Monsters had a B Team. If there was a portion of the film that absolutely zero thought put into it, it’s the other fifteen or sixteen monsters that were devastating the Earth. I know they had to be present to be involved in the Godzilla plot of King of the Monsters, but we didn’t actually have to see some of them did we? They didn’t upset or ruin any part of the film, but just knowing that they are there is more important then having them there if that makes sense. If they are that valuable to the film as a whole, then at least give more then fifteen seconds to their design and visual effects. That’s probably really hard with all the visual design stuff and everything, but the effort would not have been just tossed to the side. It would have made me value everything a little more. This is a nitpick though.

So here is my position on the Godzilla: King of the Monsters. I love every single monster related moment, but I am also incredibly annoyed by most of the A team human material in between the monster attacks. The B team material needed to be focused on a little more to have some sort of balance. Then again, I actually had sort of feeling when it comes to all the human material this time because it does have it’s own arc. That’s not something that I can say for 2014 where the film was more dedicated to boring soldier man with no discernible personality that we followed from one place to another in the grand scheme of things. Putting that all together, my mind tells me that it’s a slightly above average film that still have plenty of merit to it. On the other hand, my heart is telling me that I love this film because it’s the most fun that I’ve had a movie theater this year besides maybe Alita: Battle Angel. I’m still thinking about all the awesome monster battle scenes. The truth is probably somewhere in the middle. 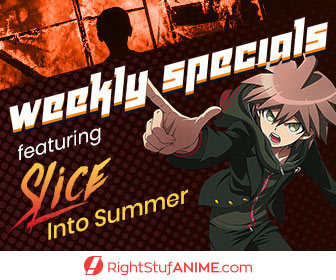