So, I haven’t made a post like this in a very long time. I originally gave up making this sort of post, because I never followed through with this list and I would change my mind about what I would watch after it. So that means the list I made had no value to it at all. This time, I resolve to not do that. I will completely follow through with everything on here because I am very, very interested in quite a few shows and my interest won’t wane this time.

So with that little monologue out of the way, let’s talk about some future anime!

It’s a space adventure anime, what else do I have to say? It says me all over it. what makes me more interested in it is that the director is Masaomi Ando. He’s behind a lot of series that I like, so I feel like this is going to be a good one.

I honestly know nothing about the source material, but I am excited to try out this shonen series. From all the images that I’ve seen, it seems very unique and excited, which is enough to get me interested. I guess there is nothing to do here but see how it all goes. Hopefully a lot of people are right about it.

This is a manga from the guy behind Soul Eater AND David Productions is behind it. All that is enough for me to give it a try, but I think it’s going to be something special. David Productions always have an unique approach to series because they are behind JoJo after all.

This series is a mecha series and an isekai. It feels like an newer Escaflowne. I also liked a lot of mechanical designs that I’ve seen, so I think this one is going to be something special. At least, I hope there is.

I really loved the first season of this show, so I am definitely here for another one.

It’s more Fate material and I really did like the prologue episode that appeared on Crunchyroll at the beginning of the year. It seems like there was a lot of promise in the show’s story, so I want to see where it all goes.

I’ve heard a lot of great things about this manga and apparently the mangaka is the same guy behind Planetes. Also, Wit knows how to make some beautiful looking anime and it’s about vikings. What else needs to be said here? I really feel like this is a winner here.

With Fruits Basket and Demon Slayer continuing into the next season, it looks like I have some solid anime to look forward to for a while. I mean, quite a few of these are two cour shows so I can stay with them for a while. I really like that feeling. I hope the good shows stay good. 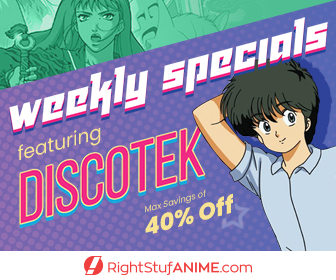