I know that I said this before, but I’ve never been the largest fan of sports anime or manga I suppose. I do have some sports anime that I absolutely love, yet I find myself never being fully interested when they come out. Even when I greatly enjoyed the Soccer/Football manga Days, I can’t say that I’ve been seeking it trying to find each of them without reminding myself that I should. You know, the automatic state of me just wanting to watch things that have long sense been in my tastes. No doubt you probably know what those are. That’s how I got into watching Run With The Wind and Tsurune during the Fall 2018 season. It’s not the reason why I decided to jump into reading this manga though. Only one person on the blogosphere knows that for sure. I’ll just let that be ominous for now. Don’t worry, it will be revealed eventually.

Reading this basketball manga was quite an experience for me. Especially sense I don’t actually like watching normal, real life basket ball. That’s not a long story and comes from pettiness, but oh well. I feel like I knew what to expect but didn’t know what to expect at the same time before starting Kuroko’s Basketball. Why? Because this is a Shonen Jump sports manga and anything can happen in the world of Shonen Jump. Still, I couldn’t help but find it addicting. Especially since this manga was a tournament battle manga where the main team from Seiren High are constantly the under dogs. What started out as a simple story with simple characters still remained simple but developed into something greater. There is just pure and innocent fun because the team was just full of good people that love the sport. The best part is that the manga packed in everything in such an efficient manner. All packaged with more then decent art, but lack of flow when it comes to action. There are good impact frames that feel powerful, but transition from one frame to another are pretty bad and don’t capture the eye.

Kuroko’s Basketball is the story about what happened when a young team from Teiko Middle School called the miracle generation full of basket ball players way beyond everyone else in their age bracket broke apart, because they graduated, and went to different schools. So basically, a quick and efficient way to establish an opponents for Seiren to face because they each have their specialties that Seiren has to deal with. I have to admit that I loved each of them, even some troublesome players. The story centers around Seiren. A team of people that love the game and centered around Kagami, a person that could have been a miracle generation but was in America at the time, and Kuroko, the phantom sixth miracle generation player who has a reputation of being invisible. None of the other five miracle generation love basket ball anymore, so it’s also a story about those kids finding their that inspiration that made them play basketball in the first place again. Simple premise, but very inspiration anyway. I love Seiren’s journey and I love the journey that most of the miracle generation go through.

The Seiren team lead by the female coach, Riko Aida, who is the best female character in Kuroko’s Basketball , are always somehow the underdogs of each situation. They are a new team, they haven’t found their edge yet, have to constantly play ball against opponents that challenge the traditional set of basketball rules, and infinitely troublesome miracle generation that have to make their appearance otherwise the series wouldn’t work. Yet, Kuroko’s Basketball is always able to find some sort of balance between “always the under dog” for one side and “completely creditable threat” on the other side. When one team that has a member of the miracle generation attached to it faces off against another one of the same, you can feel how huge each match is. A show down of giants. When Seiren faces off against one of these teams it’s like “oh crap, how are they going to survive the battle this week?” The air of hope is there, but sometimes it can be trampled on. Very well written on a sports drama level, like holy crap.

If there is an area that the manga kind of falls apart in some ways, it’s the abilities. They seriously go against a lot of Kuroko’s Basketball’s story telling. On one side of the manga, we have the establishing of characters, opponents, relationships inside teams and outside of teams, stakes, and the constant “we will see you next year.” At the other end, the abilities that each high school basket ball player get completely ridiculous. It started with Kuroko turning invisible somehow and the author writes in a natural end point with the zone (basically super saiyan) when a player’s ability accelerates then the zone beyond the zone. Something that is only opened up by Kuroko himself. That’s it, that’s the ending point. So while there is so many interesting ways the story can go from that point on with Seiren now being the top and having to defend that title, but there is no other way for the other side to grow unless the game is changed into something that doesn’t resemble basketball anymore.

So I feel about Kuroko’s Basketball as I do with something like Angelic Layer in some ways. (I really do like Angelic Layer) They have the same sort of arcs with talented but underrated and unexperienced individuals climbing through the ranks of different tournaments to eventually win it all at in an infinitely tough battle. The difference is the activity. Angelic Layer has it’s dolls fighting other dolls while Kuroko’s Basketball has basketball with super abilities. There is so much potential for their characters to continue their journey as the person on the top, but the author also made a wise and yet not wise choice of stopping. Still, I really had a fun time with Kuroko’s Basket. It was over 250+ chapters of good feelings, good cheers, hype, powerful moments that are completely unforgetable, and just good boys and girls. If I have to say what my favorite character was, it’s probably Reiko Aida. From what I’ve seen, there are a lot of female mangers in sports related media from Japan, but not a lot of female coaches. That adds to that layer of intrigue that makes her feel special.

Kuroko’s Basketball and the Shonen Jump + App got me more interested in reading manga. At the moment, I’m in a little bit of a sports manga high, which is why I’m reading Cross Manga right now and enjoying that. I’m also watching some sports recap movies too, so I guess I’m slowly diving down further into this genre. Completely ok with that. If they come up with a sports anime with robots I would be even more happy. Oh wait, that’s Gundam Build Fighters. Welp, I guess I need to actually finish that…and watch Try too. This isn’t an advertisement for the shonen jump + app and being able to live in the United States. It’s available in other countries too though, right? I’ve had it for a little while and $2 a month to a lot of manga is kind of amazing. I’m glad that I’ve finally gotten it recently and have access to a lot of manga for cheap, even if I’ve only on my second one so far. I’m also reading some books at the same time too, so doing the same thing that I’m doing with anime. 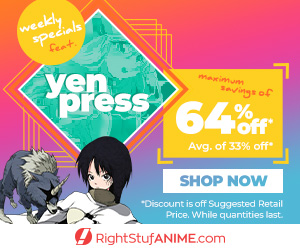