I am not going to call myself a contrarian, but there have been plenty of times recently when I just couldn’t enjoy what is popular in main stream media. I always call it a question of tastes though. A lot of popular things that come out on television or movies just don’t work for me for one reason or another and I think that’s ok. When something does click for me, then it’s something special. That’s why I didn’t check this show out until a few weeks after it came out. One of my friend’s, siblings talked about how great it was and I had to at least try it out. What was the result? Well, I’m reading the book now so that should say quite a bit. There is something special about this tiny mini series that just captured my imagination. I only wish I knew about this Neil Gaiman and Terry Pratchett collab along time ago. It’s almost the stuff of dreams.

So what happens when an apocalypse happens in modern day? What happens when a demon is sentenced with given the task of setting off the biblical apocalypse and also hangs out with an angel and both don’t want the apocalypse to happen? Or if witch hunting is met with modern day society and thought processes? Well, you get Good Omens. Crowley, our demon in question has lived on Earth for thousands of years and was suddenly given the task of transplanting the antichrist out of nowhere and that sets the apocalypse into motion a decade and some change later. It’s up to him and his so called enemy, the angel Aziraphale, and some strange people they’ve met along to put the apocalypse to an end finally.

While this short series is based around harrowing events of the apocalypse, I still absolutely love that dry, British humor that prevailed in all of it. I know that one of the authors is Terry Pratchett, so that is just naturally going to happen, but it had that sort of spot left wide open by Hitchhiker’s Guide to the Galaxy and Monty Python. I don’t know what it is, but there is something to be said about apocalyptic events happening and yet having some sense of formality and regularity to it. Would you ever expect to see the Four Horsemen of the Apocalypse ride motorcycles and asking around for directions? Or if all the Horsemen getting their equipment from the post office? What about a quick commentary on the state of witches and witch hunters in Modern U.K.? There are just so many brilliant ideas in this short television series that it’s a shame it’s left to six episodes. You know, unless a second season happens which I don’t know how it happens.

With that short amount of time, the characters are the best they can be. It’s interesting seeing, even after thousands or so years wandering the Earth together, Aziraphale and Crowley need to still look passed their allegiances to their side of the conflict to save the Earth from falling apart. That final push finally allowed them to unite together and create their own more gray in color side between the conflicts of heaven and hell to add along with their non formed genders. That’s the driving force of this series and it’s pretty great material. The rest of it, like Adam coming into his hellish powers and deciding to stop the apocalypse he started or the modern witch and witch hunter becoming boyfriend and girlfriend was funny, but it was a little cheap for me even if was all prophesized a long time ago from an actual witch. You know, the other thing that was driving the series forward. I can call that ok then.

One thing that intrigues me is Heaven wanting to go to war with Hell. I understand why hell wants to go to war with angels, they are demons. They live in causing chaos and dare I say, hell, to all of humanity and whoever is attached to them. The angels are a little different though, because they are white in purity compared to black for demons. There is some praise toward Aziraphale for attempting to stop the anti christ and the apocalypse/war itself, but they seem really motivated to do it. I guess it’s to show how demons are just angels who don’t pretend to be holier then though, which would make sense. It still didn’t help but confused by it when watching it at first.

It’s a little hard to talk about a six episode television series because there is a lot of material that I don’t want to talk about because of how much there isn’t, but I can’t help but say that I really liked Good Omens. Yeah, I already said that originally didn’t I? Will, I don’t mind reaffirming my opinion again just because I can. For it’s six episode run, it’s beautifully acted, has some great production values behind it, and just flows by with barely any dead or still moments in it. Yet, it also isn’t too fast because it gives plenty of moments for our cast to breathe in the world they are building. I honestly can’t say enough good things about it. I guess my next step is reading the book all the way through and seeing if there were any major changes. I’m actually looking forward to this a lot. Maybe I will report on my findings later on? 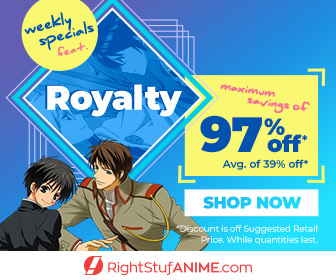