This week’s episodes felt like a slow, transitional week for most of these episodes. What I’m saying is that there is a lot of table setting going on for things to escalate even more next week. They weren’t bad episodes either though, so no major complaints this week.

After last week’s crash on Icriss, the reactor issues on Astra so their lengthened stay, the finding and awakening of another person on a different Astra, there is a lot things to cover. The kids woke up a female adult named Paulina who was in cryogenetic sleep for 12 years and was the last of her astronaut crew. Part of the episode was Paulina dealing with the fact that she is out of time and that her crew is gone. The material was handled extremely well here with a lot of subtlety and I liked it quite a bit. Her realizing that she was awoken just for her to possibly doomed on this planet with these kids was powerful too.

Then there are three very important moments that sold the episode more then Paulina’s awakening. The first one, while being pretty sure, was very impactful. Aries coming up with the idea with switching parts out of the Astra and the other ship so they could launch off the terrible planet. I think the fact that Zach didn’t think of it shows how narrow he thinking is or how rattled he can be. And then there was the scene between Quitterie and Zack where they reaffirmed the fact they were going to marry each other like they promised when they were kids. Man, that moment was amazing.

Lastly, there is the after credits sequence which revealed Quitterie and Funi’s dna are the same. The reveal of why that happened in the first place was natural, because they had to give some blood to Paulina, so their blood types needed to be tested. When the two had the same blood type, there was a further examination. Damn, this really does connect with so many elements to change things. I guess we are learning more about this mystery in the future!

The somewhat annoying characters just keep appearing, don’t they? Ok, I didn’t mind Hiro at all, but I can’t help but admit that I saw myself in him which made him even more scathing for me. But anyway, this week featured three girls apart of Yuki’s “fan club” who only have maybe three brain cells combined? Of course they are tired of Tohru hanging around Yuki and why do they plan on doing first? Attacking Hana-chan because they are scared of her waves? Well, I guess it makes sense for those three idiots who think their love for someone allows them to do whatever they want. Wonderful.

The most interesting part of this episode was the second half when the three brain cells made their way to Hana-chan’s house with a much more Adam’s Family sort of feeling to it tonally. They were supposed to duel against her waves, but instead, the three girls got scared by Hana’s younger brother megumi who told them to take care of themselves or else they’ll be cursed. The same message was aimed at Hana-chan who took it more to heart about Tohru’s feelings toward Yuki that made her jealous. Of course, Tohru stopping by Hana’chan’s house at the end made this more powerful. I’m glad she’s around.

With last episode’s fight over, the barbecue between Squad 8 and Squad 5 occurred and Hibana finds herself aligning with Squad 8’s ideals even if she can’t because of how her specific unit is being ruled by a corporation. Plus, there were character interactions like Hibana making her way into Squad 8’s girl’s shower with Maki and Iris for reasons and Arthur just not knowing how to talk to women despite the fact that he’s a night that wants to protect a princess. I guess he’s just too dumb for all of that though, which is very much in his character. Can’t say I was the largest fan of the first half, but it was more then watchable so that’s fine..

But then the more important second half of this episode happens and that’s where the meet is. Squad 5 and Squad 8 use the new recruit training program in an attempt to spy on squad 1’s goings on. Something that they were completely prepared for. With some other recruits, Shinra and Arthur make their way there, under the watch of Maki, which leads to a small amount of fights between these recruits and Squad 8’s hierarchy. Of course, all the recruits lose. Uh oh, something to worry about later. Oh, and Tamaki was there and was able to not result in any fanservice this time. Thank you, show. So yeah, very responsible table setting episode. I’m sure next episode will be more fun with more things occuring.

After last week’s climatic battle between Shingetsu and Anna, this episode opens up with a little scene between Kuon and Shishou and really connects the two together (no really, they kiss). This little moment is main topic of today’s episode before establishing how the world was affected by the fight last episode. Also, Mangetsu and Kuon wake up naked in Shingetsu’s bed for some reason. Considering the fact that the two appear where they wanted in their mind frame without thinking about their clothing at the moment too. So what that means is they want to subconsciously be with Shingetsu. That’s pretty cute .

But anyway, the fall out. A major one is how Anna was completely erased from this world’s existence. Shingetsu, Mangetsu, and Kuon do remember her, but for everyone else she’s been replaced by a new character we know nothing about. It does look like that family is happier now. On the other end, Kuon and Shishou meet up again and Shishou is going through her manipulative and crazy ways.

Shishou has some of Kuon’s sister’s soul for some reason and also tries to manipulative Mangetsu into not fighting. She’s always been a troll, but I do wonder what her thought process is here or what her deal is. Could it be one of those things that happens when it’s revealed, it’s completely boring? I guess there is only a small amount of time to think about, is there? Still, very fun, creepy, and unsettling of a set up episode. Gives me a lot to think about for the matches to come.

I was expecting a clean up some of episode after the last arc, but I wasn’t expecting it to turn out like this for some reason? I suppose that Nezuko and Tanjiro’s sitaution needed to be talked about eventually by Demon Slayers, so it happened here. It’s a kind of episode where major demon slayers make an appearance so the Tanjiro and Nezuko sitaution is fully in front of it all.

I do like that Giyu fought against Shinobu to protect Nezuko like he did a while ago and the comment about how nobody likes Giyu is pretty good. Nezuko and Tanjiro running in the forest to escape everyone then being under arrest for a tiral is interesting. I guess this whole plot is going to be thing that ends this cour. I suppose it only feels natural because Demon Slayer’s arcs are usually pretty long in size. Plus, I’m generally ok with it too.

There were other things like Zenitsu and Inosuke being taken in by the Demon Slayer clean up corps as well and a little bit about Rui’s backstory. I guess every demon has a tragic backstory, but it doesn’t help that they kill human beings. I can’t feel sorry for some of them because of that fact. Still, this is anime and it adds an extra layer to them besides being monsters to kill for the sake of wonder and glory.

Still on the train, it’s time for a look for Trisha’s killer. After a brief look at her body by multiple people, including a priest who can see the past and her head missing, a larger conspiracy is going on here. Trisha could see the future and the priest can see the past, so the killer must have the capability of blanking out periods of time so this murder can happen. At the moment, not much has been discovered about the killer, but everyone is on guard and keeping an eye out. I suppose murdering people on a train for their mystical eyes wouldn’t be the most surprisingly thing, now would it?

The biggest thing that happened was Gray and Waver meeting a psuedo servant of someone who was one of Alexander’s helpers and generals. She rode on Alex’s wagon, so that was a complete shock. And yeah, of course she was the one who summoned Waver in the first place. They both barely escaped with their lives intact. I guess there is a lot of emotional conflict on this train to think about. The wait for next week is going to be so hard.

Another in between and table setting episode this week. Askeladd returns to his home village where he is considered a huge star and whose uncle obsesses over money. We also see how Askeladd’s uncle bought an expensive high born slave and constantly berates her and beats her when she fails. It’s pretty clear that she has settled on deciding that there is no way for her to escape her life style now.

There was also a small comparison with her to Thorfinn who is constnatly held down and enslaved by his own pointless sense of seeking revenge against Askeladd that he is never going to get. It’s true at some level but not completely. The unfortunate slave has no way she can escape her circumstances, but Thorfinn does have that chance if he can see his way through his pain. He’s not going to, is he? Some strange thematic things that I love, despite how horrible everything is here.

Then the last few minutes of this episode were a set up to something. The Danish invasion of England and attacking Londinion next and a focus on Prince Canute’s face for some reason. You know, with this being his first time ever going into combat. The guy is going to be very important later, isn’t he? Vinland Saga wouldn’t highlight someone just to kill them would it? I guess I wouldn’t be shocked either way. 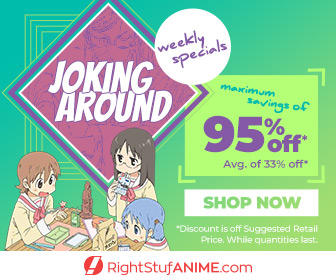