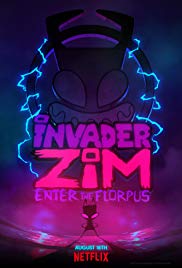 Remember when I said that anime and band has been a major part of my life for a while? You know, for what seems sense forever and ever ago? That’s all true and there is no way I can deny that, but Invader Zim was the show that shaped my sense of humor. I don’t mean the cynicism completely though that plays a part and probably something I feel more now then I did back then. I do mean that “time to take over the world” Zim thought patterns and mentality which are so ingrained in my mind that I sometimes use to write lines with evil laughter and “time to take over the world” for some of my blog posts. So what that pretty much means is that cartoons either made my life better or worse and I’m just going to say better. Fiction sometimes has influence on all of us and I am just another example of that in a huge void. I can talk about the DCAU Superman series too if you want.

So you can tell by everything I said in my first paragraph that I had a strong fondness for the show, right? Ever since Enter the Florpus was announced, I’ve been thinking about whether or not I would actually watch it. Nostalgia has a lot of interesting values to it and that means that it comes with a lot of positives and negatives when new material for the show itself shows up. The positives are that I love it and the negatives are that I don’t know if the show would hold up as well as it does in my heart and mind. Does everything I remember about the show hold up? Well I like these characters and the humor as much as I did back then? Enter the Florpus was a new Invader Zim product on Netflix and I was so nervous about it. Apparently all those thinking processes and weeks of running the show in mind of whether or not I should watch it was for nothing. Why? Because I loved it.

Invader Zim: Enter the Florpus was everything that I wanted it to be and more. What is it about? Invader Zim of course. But more focused, Zim finally comes to terms with his situation. You know, that the tallest, his leaders, never wanted him and sent him to Earth for exile. Something that hurts him after waiting so long for his phase one, standing in a toilet and get Dib in an unrecoverable physical state where he can’t fight back. Or so he says. See, the 18 year gap made it in here somehow. It’s hard to tell sometimes because all these characters are idiots in one capacity or another. Zim’s sense of depression after finally realizing why the Tallest wanted to get rid of him and place him on Earth in the first place was real. I can see why Dib took everything that Zim was saying because he’s never seen Zim in that state before.

Zim is down on himself until Dib comes back in shape and mentions how his Dad’s (Professor Membranes) arm braces are going to change humanity and having a huge press while Dib wants to use that situation show off Zim to the rest of humanity? What happens? Zim surprises Dib, disables Professor Membrane, and sells out the human race with arm bands to transport the Earth to where it will be in the Irkin fleet travel line. That also puts a time line into destroying the Earth because of the appearance of the dimensional florpus. The rest of the movie is Dib and Gaz solving this crisia plus some solid father and son time on the side.

While Invader Zim’s character designs did change a little bit so they were more modernized, everything else that I loved about Invader Zim was still there. It’s deep seated cynicism against humanity and it’s portrayal of humans as idiots that don’t believe aliens exist at all or believe whatever they are told. Why? Because this show really does have a deep hate for humanity. People just falling in line to buy a new piece of technology that will eventually doom them? Surprisingly believable. Zim wearing a barely there disguise to confuse humans into thinking he’s not an alien? Maybe not as believable, but I can see some people doing it? It’s just as funny and woke as it used to be. I did notice some of this the first time, but not all of it. That means it’s open for rewatches. It was great the first time around and now it’s great this time around too no matter what form it is in.

Invader Zim isn’t the only Nickolodeon thing that made an appearance recently. Hey Arnold had one a couple years ago to finish it’s story and then Netflix also had a short Rocko’s Modern life OVA made alongside Invader Zim: Enter the Florpus. That later one is something that I will discuss next week. So here I am with some more nostalgic things to talk about, even if I wasn’t as attached to those shows as I was to Invader Zim. There are definitely things worth talking in Rocko’s special. I’ve been having such a hard time with older things being brought back recently like Star Wars’ and Star Trek’s recently releases because of how they feel wrong to me. You know, everything that Disney is doing with Star Wars feels so wrong recently and I can’t say enough how Star Trek Picard looks like a disaster waiting to happen to me. At least I have Invader Zim’s new movie and series to watch over and over again. 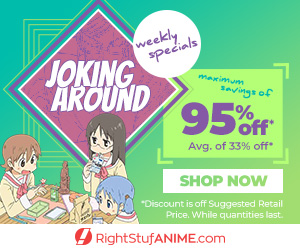