A lot of solid set up episodes to establish everything later this week. There was a lot of action in some episodes, but nothing long lasting in terms of effects except for the characters. Even O Maidens, which I am still watching and am enjoying greatly, has some built in set points for the conflict to follow with afterward. Kind of interesting actually.

With last episode’s after credits scene blowing the premise of this show up again. You know, the one where Funicia and Quitterie have the same dna because they are clones. Then it’s slowly revealed and though up that these kids have terrible relationships with their parents who kept them at a distance because each one is a clone of their parent. Each child was born for their parents to merge into their clones body and live longer and that process is so horrifying.

It meant that they were all looked at for being sub human. With that aspect together, this episode was each kid, even Aries who has different circumstances, dealing with this reveal in their own time and deciding to throw a party to celebrate escaping Icriss, Polina’s appearance, and Quitterie and Zack’s future wedding. It’s all good and powerful stuff that might be resolved too easily, but I think they are just throwing the party to cheer themselves up.

Of course, the situation was thrown off when Polina noticed they were headed towards Earth instead of Astra because none of the kids knows what an Earth is. They weren’t taking her home. That brings so many questions about this universe. Questions I’m not sure will be answered. A good question for a good episode.

After Hana-chan focused episode where her life was like before meeting Tohru and Uo-chan. It’s a very wonderfully story boarded and emotional episode of when Hana-chan’s powers were completely out of control because she almost killed a person. Considering that the police can’t arrest her, she decided that she needed to suffer for existing which lead to almost infinite amount of bullying to here. You know, until she transferred to Tohru’s school where Tohru and Uo never gave up on Hana-chan and Tohru showed she does care about her. For as short of an episode premise that is, it’s still very emotional like the best Fruits Basket episodes. Plus, Hana-chan has parents that never gave up on her and I’m glad.

There is something about Fire Force’s pacing that I can’t help but find irritating. I can’t say that it’s too slow or too fast, just that it feels off for some reason. All of that is at the face of Fire Force’s beautiful story boards, wonderful art, and amazing fight scenes. In this episode, Shinra and Arthur continued their investigation of Station 1’s force to find out who is causing the infernals to come out. That’s it, that’s the episode really. There are more particulars then that, but the episode is very focused on this one aspect.

After a little investigating after fighting an infernal, they uncover the lt. figure who is using bugs to transform children. They first find the wrong person, hopefully, then hunt down the person who was turning children to infernals or just burning them alive. The person in question is the person Tamaki has fallen for and was using Tamaki as the fall kid during the recent round of experiments. Shinra comes in to save the day and that’s where the episode ends. Guess I need to wait until next week for some more.

And with lessening expectations of Friday shows, I can’t help but be really irritated by this episode. There are a lot of moving parts like finding out who Mangetsu really is and Kuon facing Shishou for her sister’s soul, but I feel like this one episode was kind of stretched out to fit two episodes instead because nothing is resolved in this episode. Kuon has her arc of finding out why her sister was taken over by Shishou, but then she still has to fight anyway.

Also, there are so many cut backs to Nene learning about who Mangetsu is and Telling Shingetsu, but never resolving it. It’s like the creator ran out of material to write and draw on because they killed a lot of people too soon and has to pad everything out to make more episodes. There just isn’t a lot of thought going into the show’s writing despite it’s beautiful visuals. So I guess I would call this episode and show average.

I’m glad that Demon Slayer has been on the good trains these days again. That forest/spider arc was a lot of fun and this after arc is incredibly interesting in a lot of good and bad ways. Tanjiro and Nezuko are on trial by the 10 Hashira or top ranked demon slayers and this episode was at least a decent job of establishing their personalities. Then there is Tanjiro who has been abused with his hands tied behind his back and Nezuko stuck in her box while being stabbed and then put to the trial of acquiring demon blood.

The most interesting part was when the master showed up and was completely on Tomioka and Tanjiro’s side in this little bit. It is interesting thing that the Hashira don’t have that much knowledge on the Tanjiro and Nezuko situation though. I guess knowledge isn’t spread through the organization that well which makes sense considering that there an organization run by sending birds around the country. So yes, good solid and tension filled episode for a sort of locked room situation. Liked it quite a bit!

This is the first time that I’ve every by irritated by an episode of this show. Why? Because I think there are a little too many moving parts that don’t have enough time to be fleshed out unless they were previously established. Something that happened in two of ? moving parts, but the other ones just don’t have enough meat to it. Luvia and Shishigou is still a beautiful unlikely paring of investigators and I love those two work together to death. Then there were the encounters between Gray and one of Alexander’s commanders in servant form was just that servant pushing to be stronger and stronger despite the snow storm they were caught in.

The rest of the episode was giving characters thing to do. The train stopped moving because it went off a leyline, so Yvette and the Priest worked hard to solved that problem. Waver was still in bed hurt, so that wasn’t interesting. If there was an in between episode of the season award for setting up so many things, this one would win. I guess we will wait to see how all of these components solves everything next episode.

This episode was centered on the battle for London with Danish forces attempting to destroy the heavily defended London Bridge. I say attempting because they completely failed? Why? Because a large Viking by the name of Thorkell was guarding it because he wanted to fight on the losing side for fun. So basically, fighting against the tower was like a meat grinder. Askeladd sent in Thorfinn to hopefully defeat Thorkell and while he did alright generally, Thorfinn was still spend flying in multiple directions.

Thorfinn was lucky just to escape with his life despite all the injuries he sustained. It’s in that moment when Thorfinn finally says words that his father Thors would like to hear. “What’s so fun about fighting anyway?” Maybe it’s because of teenage angst and having his bones broken, but it’s still starting to settle in. Still, he is a slave to his revenge. He could have left the whole situation if he wanted to, but Thorfinn is still seeking revenge in a situation that he doesn’t like.

So yeah, beautiful episode. I loved seeing London Bridge in it’s 1000’s form which I am trying to find online and the action was solid and full of weight despite being over the top anime action with Vikings. Can’t say enough about that really. I also like seeing Prince Canute, who didn’t do anything in this episode, given 4000 vikings to come up with some sort of miracle. So yeah lot’s of good character stuff too. 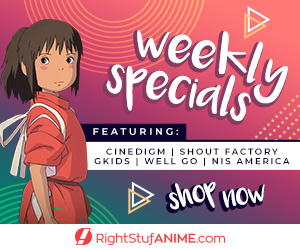