Very powerful week in anime. Especially those shows that ended either seasonally or just completely on a note that can’t be expressed through words. The summer season still has some games to play still, but I think we all know where all the final notes are at this point.

I caught a bad cold on Saturday, so I don’t feel like my full opinions from Demon Slayer part on will be as meaningful as they could be, not that they are in the first place. Yeah, being sick is terrible. Think I’m going to rest now. Or try to. I don’t know what resting means…

With this episode, everything has finally been resolved and answered. Especially since Charce is back on board with the crew and we finding out that the kingdom of Vixia is the secret keeper for all the events that happened in the world of Astra before civilization on that planet took shape. Of course, there were no major surprises here. Astra hid some aspects of human history away from the public to hide the wormholes from public in fear of a terrorist attack. So the year is actually 2163 and Polina has been inside the capsule for 112 years instead of 12. Not that hard to put together with the information that Astra gave us, but it did make it genuine.

Anyway, everything turned out in a positive way for the crew of the Astra. Their message made it to Areis’ mom and police investigator, the originals who sent their clones off to space were imprisoned, and everything turned out alright somehow. The original information released from the government did scare the public, until Kanata’s positive book came out to shake everything up.

Everyone got wanted they wanted from their positions of being a reporter to getting their spaceship again because it was originally put into the museum for being a relic. Aries and Kanata even got married, Polina is teaching history, and Yunhua got her singing career. So many great things happened. While everything happened a little too easily, but it’s a show that has been about it’s characters and not it’s journey for me. I’m glad everything ended so happily. That positive tone is what helped me love the show more then I already did. I’m going to miss this one so much.

Last episode had the emotional pay off with Kyo, so this material wasn’t as strong this time around. Then again, it’s hard to compete with one of Fruit Basket’s greatest episodes. Today’s first half focused on Kyo’s relationship with his sensei and how while they love and appreciate each other, there is still some drama they can’t talk to each other about. Of course, this leads to Tohru being the mediator between the two again and getting to understand each other again. Also, how Kyo now considers his teacher his dad for sure. Such a touching moment that I’m glad happened.

Of course there was other things. Yuki was having his own problems that he can’t talk to Tohru about his inside feelings yet. Yeah, of course Yuki and Kyo don’t mix. They are almost the same person besides their personalities. Yuki’s push for personal growth is rather inspired too. Plus, almost all the Soma families we met along this show’s way go to Shigure’s house for dinner with a side twist of adding some drama from the Soma family house for a cliff hanger. Man I am going to miss this show. It’s so beautiful artistically and emotionally.

Of the past few episodes, episode 11 of Fire Force is the strongest episode that we’ve had for a while. It might have something to do with Tamaki and Arthur not being given any speaking roles. I’m sorry, but it’s just true. Of course there are other things like learning the backstory of Company 8 that tonally fit the second episode of this series. We also learn about who Hinawa, Obi, and Maki were before Company 8 existed with Obi being a normal fire fighter and Hinawa and Maki being soldiers. A push for a better unit that doesn’t rely on points and instead of humanity is a great premise to start other units. I’m surprised they were able to make it without any trouble.

Then there was Company 8 heading over to Company 7’s station to check how things were going. Someone must have known that Promare was coming out this past week in the United States, because that ending segment was full of Promare like Fire Force nonsense in a good way. Plus, we get to see how laid back yet hopeful that Company 7 is with their leader that has second generation and third generation powers. Just a lot of things to think about this week.

This episode was a battle episode. Not just a battle of mecha but a battle of ideals that Shingetsu pulled away from for the most part. We first get a glimpse of Shishou’s backstory which is she is the ultimate tester of the Magiaconatus chosen people. She’s been alive for who knows how long just to see who is trully worthy of the prize. I suppose it makes sense that she’s snapped a little bit from never being the chosen as the mage. I would be too.

But anyway, Mangetsu maybe a doll but she showed Shishou ever once of her love and courage for Shingetsu and human kind that it makes me so sad that she isn’t real all against Shishou’s cynicism. It made me sad to see Mangetsu disappear at the end of this episode. She tried so hard. It’s all up to Shingetsu now to win her battle. What a beautiful and Gundam like episode this was. I’m going to miss this show when it ends next week. It’s been a solid, emotional ride.

While this episode was mainly about the completion of Tanjiro, Zenitsu, and Inosuke’s recovery and growth in abilities, that was far from the most interesting aspect of that for me. That doesn’t mean there was meat in those parts of the story though. For instance, Tanjiro mastering his breathing techniques even at night when he was beaten for snoring normal was great.

Along with his capability to catch up with Kanao after all of that and the fact that he has a sword now despite how the swordsmith tried to kill him for snapping it in half. Such passion indeed. I’m not sure how I feel about Inosuke and Zenitsu’s recovery and training kind of being sort of a shadow from Tanjiro’s learning, but I’m not sure how that would all happen otherwise.

The major thing that caught my interest was a short segment on Kanao’s backstory. From everything we’ve seen from this show, she’s never spoken a word and she still hasn’t in this story either and now we know why. I thought it was because she was breathing constantly, but I was wrong. Instead, it’s because of her backstory that she doesn’t talk ever. Kanao used to be abused a lot and a slave, so cutting her feelings away from her was a means for survival for her.

It couldn’t be more sad. Because of that aspect, she just follows orders which is why she has a coin to help her make decisions. I suppose Kanao is still held back from that emotional disconnect isn’t she? Yeah, this moment made the episode for me. It was alright without it, but the material needs to be stronger. I suppose we are going to meet angst boy next?

Why can I say about this episode other then it’s a bunch of one ups from Waver against a villain we finally know about? At the beginning of the episode, we are finally introduced to Dr. Heartless as he dissipates his form as Caules, Waver’s student. How does Waver know Caules is a fake, because of the fact that he heeled Waver. Something that we never learned about until now so it’s kind of fruitless. After that, the fun one upping starts happening. Heartless summons his faker class servant Hephaestion then the battle starts happening.

Whenever Heartless does something, Waver has already thought of a counter with the team he befriend on the train. Not that exciting, but definitely an enjoyable visual experience. So yeah, a lackluster conclusion to an alright six episode long arc. Seeing them all work together was great after all, but Dr. Heartless and Hephaestion were kind of boring.

Very interesting action episode this week featuring a lot of fun bait and switches. Not much pathos in this episode besides Thorkell knowing everything about Thorfinn’s parents and handing Canute to Thorfinn for safe keeping at the moment and some bad challenging of the Christian faith from mindless vikings that only care about glory and strength. Realistic I suppose, but still interesting and annoying. That’s about it for major content. Still, the fighting was pretty cool.

A main force of Vikings trying to distrupt Thorkell’s movement to get back canute and then Askaladd’s technique of burning down the forest as a tertiary force to distract both sides and get what they wanted was interesting and beautiful to watch. I can only wonder what the next episodes will bring because there had to be more to Thorkell’s “gift” then a free hand right? He must have a plan. 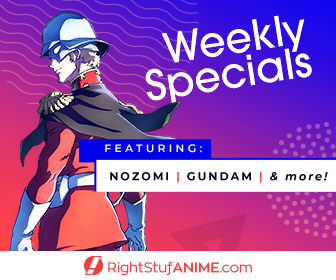