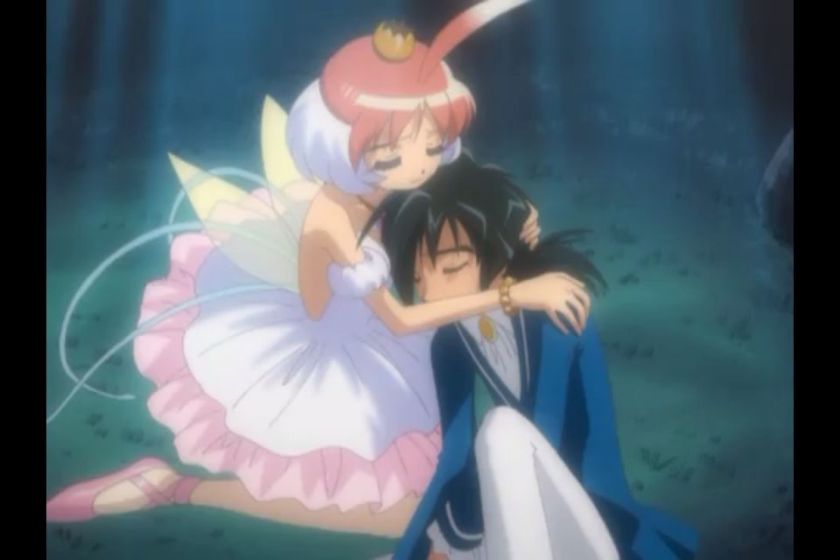 Hello dreamers and story lovers one and all. Today, it seems like we have yet another OWLS post here. Yay! They do like to appear pretty often it seems. In app seriousness, everyone has been putting in their work this month with this topic like usual and it really shows. I do admit that this prompt is pretty odd for September because I think it would fit better with February, but that’s ok. Sometimes love doesn’t make it’s rounds enough. Anyway, you should check out Irina’s post who posted yesterday before getting to this one. Their post on Natsume and audience love was great and powerful. She’s also very right you know.

Oh, I should probably talk about what OWLS is. Yeah, that might be important.

And with that comes this month’s prompt!

This Month’s OWL Prompt written by our Chief Creative Officer Lynlyn and from Flow’s Request is called Lover.

About Prinecss Tutu and it’s World

Continuing my challenge for this year where I don’t talk about Space or Mecha anime, let’s talk Princess Tutu. Did that surprise anyone? I hope it did, but in a good way. Despite it’s title, I think that it’s something that everyone should watch. It just has that sort magic and flair to it that a lot of anime try to achieve but ultimately fail. Plus, it involves ballet fights and is just a very cute, meaningful show. What else is needed?

Princess Tutu’s story takes place in a town filled with stories and fantasy characters, but mostly takes place at a Ballet school during the day and all over the town during the night. The main story, written by the author by the name of Drosselmeyer who is trying to finish his story, is The Prince and the Raven. It was unfinished when he died, so his dead self is using the town the tale takes place in to tell that story. What that means is that the main characters play important roles in the story.

Rue is the choosen Raven Princess Kraehe that took the Prince’s heart and shattered it. Mythos is the husk of the prince that is left over. Fakir is the knight that is supposed to die protecting the prince. Lastly, Dack or Ahiru (Japanese for Duck) who is a Duck, but that has a magical amulent that allows her to first become human and second, transform into Princess Tutu. The one who is tasked with finding the prince’s chards together. Of course, that’s only what their roles are supposed to be. Instead, the show is very different and breaks away from the creator’s defined path as time goes on.

And yeah, that’s about all I am going to say about the entire plot of Princess Tutu itself. Just to let you all know that from now on, most of this post is mostly safe of spoilers. The rest of this post is about Duck and Fakir whose relationship does play an important role in the series itself, but isn’t the only thing of interest that happens in the show if you catch my drift. It’s not the only relationship that happens, but it’s a healthy relationship that matters and is worth exploring a little bit.

One word that could be used to describe Duck is awkward. I mean, she’s a duck in human form that somehow is taking part in a ballet course. Even if she is one of the worst dancers in class, which she is, the fact that Duck is even dancing in the first place when she is used to her webbed fight and swimming is amazing. You know, besides when she becomes Princess Tutu and can magically be one of the best dancers ever. I guess it’s that sort of Clark Kent or Bruce Wayne alternative personality that allows Duck to get away with it.

Another word that falls into her category is spontaneous. She is a very “of the moment” kind of character that can change what they are doing on a dime if needed. Because of that, Duck doesn’t understand how everything does can have a drastic fall out if she doesn’t think or take care of the person in question. Maybe that has something to do with being a duck? If anything, Duck is very true to herself.

In a completely different sort of alignment then Duck, Fakir is reserved and calculated. Fakir is the knight who is supposed to die for his prince and he also has a rough backstory because of his untold powers. Because of that, Fakir tries his best to keep everything under control. He tells Mythos, who has no personality at present, what to do because Fakir thinks he knows better. He does his best to stall the fairy tale from happening because he doesn’t want to die. All believable traits that make sense.

Except, he’s also holding himself back. By keeping himself reserved and calculated with every single thing he does, Fakir is denying who he is. On the inside, Fakir is a nice guy and has a huge heart. He doesn’t show this side of himself to anyone until his tsundere nature/defense is passed over and that takes a lot.

When Princess Tutu and Fakir the Knight meet, there is untold friction between the two. Why? Because Fakir doesn’t want Mythos to get any heart chards while, Duck as Tutu is attracted to the Prince to return to normal. Of course, Rue and Kraehe get involved, crazy things happen, and suddenly the Prince everything is worse now. What happens? Duck/Tutu and Fakir have to work together to save him.

And then that’s when they start having some sort of attraction to each other. Maybe it’s never completely expressed through dialogue besides the ending of the series itself, but it’s there. Duck was there to push Fakir forward when he had doubts in his confidence. Plus, Fakir does the same for Princess Tutu in the same sort of way. The two just click together pretty well. It’s not that surprising, but the show wants you to feel that way.

This post is hard for me because I am far from the romantic type. It’s like my greatest failing really besides all the other failings that I have. Still, it feels like the best couples don’t only just involve couples forming together, but each person completing the other person in question to make the couple better as a whole. It’s an older way of thinking, but this is one of the few things involved in older ways of thinking that didn’t age or aged well. From some real life experience, couples with similar personalities and interests don’t work out as often.

Princess Tutu supports that line of thinking. Mythos and Duck wouldn’t make a great couple because they are similar sorts of people. They are both the self sacrificing for the greater good types. Rue and Mythos are a better balance considering that Rue is a schemer while Mythos goes where his heart tells him when he has it. The Fakir and Duck relationship makes so much sense and is a rather beautiful relationship.

Thank you for reading, everyone. If you are interested in reading more OWLS post, keep an eye on Matt’s blog who is talking about Naruto tomorrow. Also, please look at who is involved with this OWLS tour here so you know where to read all the posts everyone has written.