I think this summer season has been my favorite segment part of airing anime in this year so far. The weird part is that I think this opening won’t change by the time this year ends. Why? Because this season has much more original works attached to it that had plenty of great elements between them to make them memorable. Yes, some of them even challenged my current favorite from this year by the name of Dororo for my own personal title of anime of the year. Looking at you, Astra and Fruits Basket remake. Vinland Saga doesn’t count yet because it’s still airing at the moment, though that’s up in the running too. I’m just glad that so much newer titles, creative works, and some original projects appeared this season. So much happiness for me.

While I am imagining that I am going to enjoy a lot of things next season too, I think this season’s creative projects and ideas will keep it afloat in my memories better. I say this because next season has more sequels that I am looking forward then everywhere else and continuing series from this season then anything else for me. I suppose Vinland Saga and Fire Force, if I continue with that one, will help ground this season for me, but I’m not sure that’s going to be enough. Oh, I haven’t revealed what I’m planning to watch next season have I?. Possibly a post that will appear in the near future. Maybe even tomorrow. Who knows, it’s all such a mystery even to me.

-Shows at the Halfway Point-

I don’t have anything to say here besides how fantastic the series has been so far? It’s not just an anime series on Vikings, it’s a good look at the toxic militant culture that the Vikings brought with them as they raid town to town on the English coast and other chaotic things. Thorfinn’s character arc of seeing what his father thought of battle is coming into full fruition here. Plus, the battles are well animated and brutal at the same time. Vinland Saga is just such a beautiful show.

At this moment, I’m not sure if I am going to continue watching this show from it’s current cour onward to the Fall. Still more likely then not at this point. There is a lot of intrigue going on with how variable fire abilities are plus the world and mystery are pretty interesting. Also, the characters are generally ok too, but I don’t like how the show treats Tamaki or the rest of it’s female characters. Mainly Tamaki though.

–Watch These Right Now: Seasonal Favorites; Highly Recommend.
–Then These Next: Maybe not as high quality as the first category, but still pretty enjoyable.
–Ok: What it says on the tin, maybe preferable for those who are into the genre the show is from.
–Can’t Recommend: I’m not even sure why I am watching it besides learning something from it.

Astra Lost in Space is a story about kids in space, but it’s a solid character piece examining teenagers that were cast aside by their parents coming to their own. Every planet they visited was a good physical approximation of those feelings that were dwelling inside of each of them. While I do think the show went too far in some aspects in terms of world building a world we never have seen before, but I do think the show easily landed it’s ending.

O Maidens in Your Savage Season

O Maidens is a solid character piece like Astra, but was centered on teenage girls during their sexual awakenings trying to understand the difference sexual attraction and loving attraction with some lesbian exploration at the side. It also considered other uncomfortable topics like pedophilia and teacher lust which both involved O Maidens creepiest moments, but this show is so much more real then most shows which is why it all felt like they had to be covered unfortunately. That’s not a down side, just something that exists and is prevalent. I’ll say more about this show later on in some sort of review.

I feel like character piece is just going to be the name of the game when it comes to my favorite this season, because Fruits Basket is another one. Each character in this series, Sohma or not, has a hidden trauma inside of them and this show does a great job in exploring who these characters are and how they are dealing with them. While the first cour was almost flawless, the second cour had some bumps on the road but there was enough wow moments to keep it in this category.

I can’t help but think of how stunned I am of this series. It started out as a nice and comfy series where female mages fought in magic mechas with seemingly no stakes in it ramped up more and more to become a sad and depressing character drama looking at human nature itself while still having those mecha battles and awesome visuals. The only major complaints I have about it is how clunky the execution and pacing are. Some episodes went too long or had character arcs that over stayed their welcome more then I would have liked. Some curating and editing would be nice is what I’m saying.

I keep thinking about the differences between Western and Eastern mystery shows when it comes to this series because each mystery has been solved with clues that we’ve never seen before because our investigator is too much of a genius. That aspect kind of bored me to death, but the characters more then held up everything for me. Waver is that main detective and this is his story on how he changed from how the fourth holy grail war that happened ten years ago. Plus, the rest of the cast is pretty fun and solid as well. The minor exploration of the magical world of Fate kept me intrigued too because knowing more about this hidden magical world was kind of interesting. Fate fanservice (in a good way) at it’s finest.

Yeah, this show has gone back up on my list. At the half way mark I mentioned how Zenitsu and Inosuke kind of weighed the anime down, right? Demon Slayer never made it’s way back to the greatness of it’s first cour for me, but it’s made some returns. The woods arc was a little long, but I liked everything it had to offer us in terms of characters, story, and animation. Zenitsu is still annoying and creepy, but at least we understand him a little more. Inosuke is the real interesting one here, because I think he’s become more reflective after his loss. Plus, the world building was interesting too. If Demon Slayer gets a second season, which I don’t see why it wouldn’t, then I will definitely watch it.

There we go, that’s almost all I have to say about these summer anime at the moment. Except for an O Maidens review in the eventual future, I’m calling all my Summer 2019 anime talk to a close. Let’s look to the future for now! Yes, you can legitimately look forward to that Fall seasonal watch list tomorrow.

As for non seasonal shows I’m watching, I’m a number of things like usual. On weekdays, I’m currently rewatching Vision of Escaflowne and watching Arakawa Under The Bridge for the first time.

Weekends are a little different for me because they are more Netflix focused for now. Carole and Tuesday has appeared on Netflix and I’m slowly and gracefully going through that like I’m savoring a fine steak while I am also watching and enjoying High Score Girl.

Oh, I suppose I’m also watching Cyborg 009: The Cyborg Soldier with my dad and almost done watching Dragon Ball Super on toonami. Can’t believe that one is almost done. I guess I need to figure out how to talk about that one.

You can always follow me on anilist to see what I’m up to. 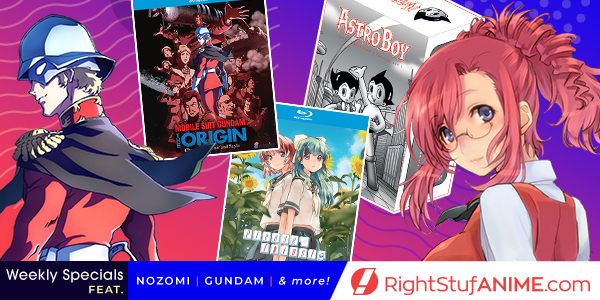