Yeah, I’m going with that title because the fall season hasn’t actually started yet. So there. The new Legend of the Galactic Heroes appearing again was a massive surprise. I didn’t even remember that it was coming out for Fall 2019, but it did and I am super happy about that fact. Yes, I’m still excited about it despite the fact that I watched the original series AND read the books. I just like this franchise, what can I say?

Last season ended on a cliff hanger with the Free Planets Alliance’s attack against the empire completely failing due to poor leadership and the Empire’s military supremacy in their own domain with great leadership. The Free Planet’s Alliance was caught in a jam and everything was terrible. So what happens? With Yang’s strategy of using rocket propelled asteroids as escape routes and an overly ambitious Admiral Bittenfeld on the Empire’s side who sought glory but got his fleet destroy, all of the remaining Free Planets Alliance forces were able to make it at home.

It was mainly a battle episode, the visuals were still gorgeous and the characters were put into such extremes that we saw who they truly are. In the end, a lot of rank increases happened. I forget a lot of them, but the most important was Yang acquiring the position of full admiral and was under the control of LOGH’s death star. Admiral Reinhard and Kircheis relationship was at stake a little bit too because of a disagreement of what to do about Bittenfeld. Good stuff either way.

I can’t help but be underwhelmed by this finale because it just happened as Shingetsu wanted it to. Yes, the finale battle between Shingetsu and Shishou was absolutely beautiful to look at, but it was a lot of fluff for what was to happen later on. Granbelm’s pacing is so stretched out, because this final battle and finale could have just been one episode and nothing would be missing from an emotional level. So that battle happens, Shingetsu wins, and she never felt emotionally challenged when she took out magic from the world.

I suppose that might have been the point because of how Mangetsu meant a lot and pushed here around a lot, but I think the fact that Shingetsu was never the character we followed until now kind of deadened the experience a little bit. Even if we did know about her and her trauma, she wasn’t the main character until now despite it being her journey. Shingetsu lost her Watson which is where the emotions of the story came from and Shingetsu does smile in the end after being a void by the world itself so she pushed away some of her stoicism, but it hasn’t been as earned as it could be? Am I being kind of picky? Probably, but because of that the ending never emotionally punched me as it could have. Oh well.

I know that Demon Slayer generally looks pretty great, but when did it decide to be all cinematic and just drop down gorgeous for the villain scenes? Like damn, those look amazing. But in general, it’s interesting to see Muzen again too in a female form? Especially since we didn’t know he could do that or any other capabilities. There is a lot to infer from that, not that it makes Muzen any less menacing. Especially since that factor adds some extra creepiness to him? Them? It’s hard to tell. Anyway, he killed some of his lower kizuki and injecting one other with more blood. If that one survives, they have a mission to accomplish in regards to Demon Slayers. If he does, oh well then. Just sets up some fun stakes.

Then there is Tanjiro and the other two being sent out to fight demons on a train. They showed their training was completely when they destroyed the larger cones, so they head off to a train where Zenitsu is the wordly one who actually knows what the train is. Inosuke and Tanjiro know nothing about it, which makes actually funny for me. Followed with the goof ball comedy from being chased by the police, it just worked because it was a good moment sort of feeling. Oh, of course Tanjiro had to steal the hearts of some ladies before he left. He talked to Ms. Aida and thanked her, which she seemed blown away his reaction. The most important scene was with Kanao and Tanjiro. He was able to speak with her first and then Tanjiro took the coin so she would make decisions with her heart. Damn Tanjiro, you are smooth.

Anyway, that push towards another arc ended the season. Can’t wait for the coming movie from Ufotable. I bet it’s going to be good. At least from a visual perspective.

This is the quiet sort of character focused finale that I like. It didn’t have any flashes of action or brilliance, just a good epilogue piece for our characters celebrating. Especially with Reines drinking a lot, jeez. But yes, Seeing where our characters are from this journey, how they’ve grown like Svlin going up in rank as a mage, and other reveals was fun. Especially with Waver and his connection with Alexander the Great from fate/zero. The dream sequence he had with Iskander showed up how much Waver has and hasn’t grown since leaving Iskander’s side from ten years ago. Definitely the reason why he didn’t join the grail war Also, Gray and Waver are closer together for all the battles with Doctor Heartless to come. Definitely the best sort of comfy finales to have. Glad I watched this show.

This episode was a beautiful orchestrated and looking exercise in futility. Askeladd and his men were on the constant march away from Thorkell’s men. I love how there wasn’t a lot of tracking shots or just stray cg shots of men in mention, because the camera stayed up close and personal on the men. These men talkinga bout what they would get with Canute’s saving war money and one interested in what a priest had to say was great message of telling you these people were real. Also, I really like how Thorfinn just stared at Prince Canute and Canute was just terrified. Still, a lot of forced marching in this episode. Vikings out of there element for sure.

How Askeladd was planning to escape Thorkell’s men by sending a leter to the men of Wales to save them across the river sounded great in concept, but it seemed like he was over played. Thorkell was ready to ambush all of the vikings on the run, so it all amounted to nothing. Especially with Thorfinn as a slave in short cut to the future. Nice world building with Wales wanting nothing of England though. Definitely made the experience real even if the result was failure for our side. Damn. Next episode is going to be hard to watch I think, but this story is good so I have to see it. 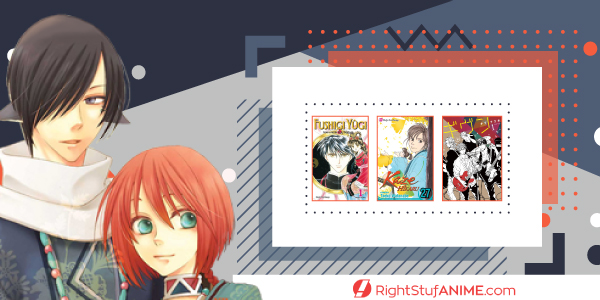