That whole watching Vampire Hunter D Bloodlust didn’t pan out. Unlike it’s older brother Vampire Hunter D, it wasn’t on any streaming service that I could watch up and I don’t think that the blu ray would make it to my house fast enough for me to watch it. In the end, the only solution was watching something else. I did see some older horror classics that I am going to save for another time. Especially next year if I am still blogging and the Oshii October idea falls through. Yes, I think that far ahead and have back ups for my back ups. But anyway, that’s when I thought about this movie because I heard that Team Four Star, people I’ve been following for YEARS for DBZA, worked on an official dub of it and it was up on a streaming platform I have. Winning idea right here! I love it when a plan just…happens.

Like most movies, Hells is another one that starts out simply and then just completely off the walls with insanity. To start out, we have our young protagonist by the name of Rinne Amagane is late for school. On her run to school, she sees a girl in the middle of the road that she immediately runs to save with no questions asked. So she saves the child. Yay! Then, she gets stuck in the middle of the road again for a cat that is stuck in the middle of a road. A cat that is mentioned to be the portal to hell from the crowd. You can guess what happens right? Rinne dies and is transported to another world and ends up going to a school of demons. Something she doesn’t notice this for a while. Hells starts out as a school isekai series. I mean, Hell is another world for us. Right? Sometimes yes and sometimes no? Might be a conversation not suitable for this blog. But anyway, all Rinne wants to do is go home to her mom. Maybe that’s the horror element of this series. There are other parts that could be considered horror, but that is never the tone that Hells was going for. .

Hells feels like it’s split into two different parts or movies to me. The first half of Hells is the establishment portion of this movie. We have Rinne in school trying to make friends with her demon school mates while she is still a living, breathing human. Alongside that aspect is a little mystery plot about who forced her and the student council members, who are also living humans, to go here too. Plus there is some insanity thrown in from the school principal himself, Hellvish (yes, devil Elvish) who makes all of his students stay at school or else unless they win a tennis tournament where every team member gets one wish answered. Or not. The tennis arc was pretty fun and visually creative from an art and animation stand point. A lot of fun was had, some interesting world set up too, Rinne’s class found respected for her, and Rinne made friends with the Frankenstein girl by the name of Steela. No one else has made friends with Steela in this series yet. Rinne also has a fling with the student council president. What can go wrong? Everything, honestly.

The real movie starts half way through Hells’ runtime and I can’t say that I am as much of a fan of this second half as I am of the first. Why? Because it’s slower and has a lot more angst then “I want to go home” and none of it comes from our protagonist either. Plus, The nature of Hells also gets biblical out of nowhere. No seriously, a Cain and Abel scenario with Rinne as the mother of the two sons by being a reincarnation of Eve, Adam shows up out of nowhere, and literal god as a cat shows up too (which makes sense). Also Rinne, who we’ve been following and understanding for most of the movie, takes a back seat in this portion with not as developed characters standing up as the main cast. Her development kind of stops and she is only a motivating factor for the rest of the cast in this arc. What we get instead of Rinne adventures and growth is a plot about resolving Abel’s angst after his death and fighting against the tyranny he forced on everyone else in that supposed Hell school. Yeah, it’s not really hell after all.

Not everything about the second portion was bad. No, not at all. For one thing, I loved the ridiculousness of having these biblical references coming out of nowhere because it felt in tone with what the movie has presented to us already. All the relationships established in the first half pay off, the art and animation are still as wild and innovative as ever, and the messages of believing in yourself and you can do anything eventually are great things that any movie should have. It’s just that having all of that happen under Abel’s forced tyranny against the cast when the main plot is singular and one note makes everything come off with a terrible after taste. Abel is too singular and boring of a character to create a pay off after Hellvish’s style and evil. Especially since all of that is doubled with an audience that believed in themselves then stopped until Rinne stepped in once again to create that arc again. Why? Because the film stays on this arc for longer then everything else which means all the kinetic and chaotic energy it’s given off are completely gone. Fun and innovative sequences aren’t going to completely help with that one note emotional stuff.

After watching this film, I was shocked to find out that it’s neither a recent trigger product or Gainax product from the early 2000’s. No, it was Studio Madhouse in 2008. What? Chaos isn’t something they are usually good at, unless we are talking Redline, because they have a style of animation that is instantly recognizable and more then anything else. Some experimentation isn’t bad though and that’s what Madhouse seemed to be about in the later 2000’s. Yes, that reveal was something I’ve holding myself back from saying in most of the review, but I can’t do that with the visual aspects. All the character designs and lack of rigid and straight forward character designs when in motion are something that either of these studios would have done. Especially since Promare came out this year which Hells has a very similar feel. Usually that aspect with no consistent character designs, looser and more extra expressive animation then usual, and who knows how many innovative character designs would be things that I consider bad things, but all of that was in tone with the chaotic nature of the film itself. It’s beautiful and interesting stuff that I am glad Madhouse put together. Plus, I really like the monster girl designs. And Hellvish. It’s hard to dislike Hellvish in any respect really.

In the end, I think Hells was pretty ok. The experimental and innovative animation with a good heart put into it outweigh a lot of the flaws in the second half in some degree in my mind. It’s not a perfectly told and flawless story in the first half either, but that was never the point of Hells. Fast and loose was the name of the game, until it wasn’t, so that all worked out for me. The last bit of the second arc really dragged like Hell though. Pun intended. An added bonus to this experience was hearing some team four star voices and their friends voicing in an official dub so we get to see those funny guys outside of their element. You know, for the most part because the movie itself is pretty wild and funny. I know that some of them are official dub actors, but their actors doing different things with their voices was pretty fun. Especially since the voice acting was solid. That doesn’t make the movie any stronger then ok though, just gives it more appeal to people like me. 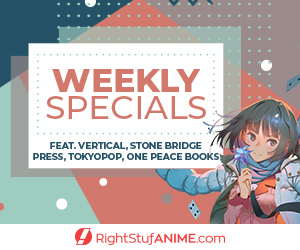