The very opening seconds of this episode is very much a tribute to Pavalov’s law. Why? Five notes. FIVE PIANO NOTES. Not just any five notes, but notes that are part of one of Chihayafuru’s themes. A theme that immediately draws a watcher back into Chihayafuru’s universe no matter how long it has been since it’s been since they’ve last watched it. The feeling of every emotional moment in Chihayafuru, including victories and failures, flows from those five notes through the mind and it’s just so powerful and wonderful. Chihayafuru is back everyone and I am so glad. While I’m still a new watcher considering that I’ve first watched this series a little more then a year ago, I don’t think that discounts any of the feelings that I have towards the series. I love it and it’s quirky characters just as much as everyone else.

After the opening sequence, we are given a quick recap before diving into the new content provided. It’s that kind of recap that people who have watched the show previously well understand and new watchers will barely get anything from. Something I wish that My Hero Academia would learn from considering that one and a half episodes of each season are a recap before diving into the good stuff. But anyway, part of the recap is framed from when Chihaya was in middle school showing us she was on the track team and then leading to the Karuta hall with one of her team mates to explain the rules of Karuta. Something necessary for this show to work. Then the next little bit is a quick recap of some important character moments and motivations. If you don’t know who these people are, you shouldn’t be starting with the new season.

Finally, we get to the actual meat of the episode. The last episode of season two featured Taichi and Chihaya on their way to joining Fujisaki’s Karuta training camp. You know, immediately after Chihaya was in the hospital due to the wounds on her right hand from the national tournament. Ms Sukurazawa from Fujisaki is one of the nicest people in the world in her decision to invite all of the Misuzawa club, but only Taichi and Chihaya went because of some romantic reasons. Something that Kana in her moment supports. Gah, Kana is just the best girl possible isn’t she?

With that, we get into some of the worst parts of Chihayafuru up front in the club in-between all the running and the Karuta training. Normal Relationship Talk. Chihaya is her infinitely awkward and loveable self who only thinks about Karuta while the girls from Fujisaki talk about getting or having boyfriends. That seen does do a fantastic job of reiterating how Chihaya is very different from most girls because of her singular focus on Karuta and how she doesn’t know that two guys have a crush on her. Still, that scene was also a semblance of one of Chihayafuru’s most awkward aspects of it’s writing. There is some tells in about how the writer wasn’t comfortable with it either. Could be on purpose.

But going back to Karuta training elements is where the episode kicked off for me. Especially with everything Taichi focused. I’m glad that Retro-kun was around to make commentary because he’s insanely good at making it awkward and funny. Taichi took some moments when everyone went to the bath house to learn more about Fujisaki hand training for Karuta. Plus, the infinite amount of times which Retro-kun was singularly owned by Taichi’s presence because of how Taichi didn’t get tired after running for such ridiculous distances or how Taichi won all seven games during a day while Retro-kun failed to do either of those things. Those weren’t just for comedy either. Taichi is gearing up and getting to go for his A-class ranking things AND winning Chihaya’s heart. All of these moments show how motivated Taichi is and a slight motivation for later.

Chihayafuru is at it’s best when it has two or more characters with different ways of thinking playing against each other in some way. That’s why everything with Taichi with retro-kun reacting was good AND why Chihayafuru vs Rion was another great part of this episode. Chihayafuru with her incredible motivate “I want to be a queen” thinking and Rion with her uncertainty of whether or not she actually wants to play seriously. Rion has the skill, but she needs to drive to succeed which is why Sukurazawa put the two together because even a left handed Chihayafuru could help put a spark into Rion’s motivations. Chihaya lost the game of Karuta three times against Rion, but it might have put a spark in Rion so mentally, Chihaya won.

Then the fourth and final match came into being with Chihaya against Taichi. Not just any Taichi, but a Taichi that came off of winning the B-Ranked individual tournament and wants to keep going and improving because beating Arata who is the only romantic competitor for Chihaya and Karuta is the only way that Chihaya will reciprocate people’s feelings. She is that dense and single minded in that way. Taichi won the match and we didn’t see that match, but it’s the after that is more important here. The after involving Taichi activating his best flirtation toward Chihaya by taunting her through competition which is the only hope he has.

From a visual perspective, Chihayafuru was very on par with how the other two seasons work so very much in that solid and acceptable range. While the show has always had fantastic art and character design with some fun and powerful scenes, animation was never it’s forte. Instead, the direction and the character writing was how Chihayafuru worked so well. Characters never moved except playing Karuta where the game play revolved around still, impact frames and a specific noise to indicate that the action just happened. Very simple, but meaningful and powerful. From that aspect, Chihayafuru is still as good as the previous two seasons which works fine. I’m ok with the show playing it safe with it’s animating. Makes it easier for the crew to focus on the most important aspects.

As a whole, episode one of season three was pretty alright. Solid for a seasonal opener for a show that last aired six years ago, but somewhat awkwardly paced considering the recap and wasting time on moments that Chihayafuru isn’t good at like romance. Especially around Chihayafuru. Still, it did a pretty solid job establishing some plot elements for the story to come and had the trade mark battle of ideals that the show is known for. Plus the awkwardness. You can’t have a Chihayafuru episode without awkwardness and quirkiness because the cast is full of loveable, Karuta dorks after all. The ending battle between Taichi and Chihaya didn’t matter, it was the aftermath mattered which the show nailed. I feel very confident that Chihayafuru will return to full form next week and then keep going and impressive all of us. At least I hope so. 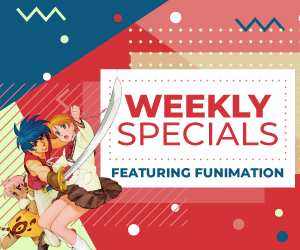