With these episodes, Chihayafuru goes back to it’s full strength like it doesn’t even have to try. Why? All the things that made Chihayafuru a strong and relatable series made their appearance again like that. Not that these elements weren’t there in the first episode, they are just more prevalent here. What are they? Too many to name in an opening paragraph, but the important one are small and seemingly pointless lines or moments that seem to have no implication now but have a lot of pay off later on in their particular episode OR afterward. That’s one of many small driving forces that makes Chihayafuru work so well every single level along with these loveable dorks/characters.

So let’s jump into episode 2. In this episode, a lot of important elements are at play here weighing down on Chihaya. Those aren’t just her left hand hampering her Karuta playing still, but almost everything else. She needs to fill out her career sheet still and can’t just put Karuta Queen. There is also the fact that the Queen and Master Karuta preliminaries takes place the same weekend of her classes School Trip. Everything is weighing down on Chihayafuru at once. All things, except healing, that Chihaya has to make choices for. Does she Karuta now or think about her future options later? The solution she comes up with are both technically with some ambiguity in-between. Do we know if she plans on skipping out on the school trip for Karuta? Not yet. I feel like that’s being kept as a surprise until the truth is really revealed. She’s a goofy character, but that doesn’t mean she can’t be considered relatable.

With this episode, we also see the other Mizusawa Karuta players besides Taichi and Kana’s quick scenes from episode 1 finally. Everyone feels so extra motivated in playing more Karuta after doing so well in the national tournament. Taichi still wins against Chihaya because her handicap, but that rivalry is stronger. The exact opposite direction Kana wanted their direction to go. Desktomu feels like he could break out of rank B and into Rank A for the Master’s side of the tournament which is a thought process that gets paid off later. Not in the expected way for him though. Hanano even surprised Chihaya with her own push onto the Karuta landscape. It’s a wonderful pay off for everything their team has went through. Just fantastic work all around. All simple things, but it works in the context of the series.

Plus, Kana really embraced her best girl status in the second episode. Chihaya felt down on her luck because of everything and Kana only had to say a few things about lining up shoes and luck. Chihaya is a simple person and Kana knows that saying smaller things to get her out of her slump is the way to go here. I also love her interactions with Desktomu after failing to clear the first round of the B side of the Yoshino Tournament. He was completely crushed and her comes Kana who watched his game instead of the Ranked A games to cheer him up and motivate him again. All things that I couldn’t help but love really.

Jumping into the later half of episode two and all episode three, it’s all Yoshino Tournament from here not on. Yay quick time skips that this show is famous for. The Yoshino tournament is where people of all ages and in the same rank could play in the same room. As you would expect, a lot of people from tournaments we’ve had our characters take part in and watched on TV were there. Former Master and Queen challengers, previous opponents from high school tournaments, and Chihaya’s Karuta teacher were all there. Some people worked together while working apart.

Our Taichi, Chihaya, and Arata found themselves owning opponents left and right. They all won against former queen and master competitors all the way to fifth round. This is where things get harder with the best opponents possible in the fore front. Chihaya was legally allowed to play with her right hand before the tournament and I feel like the scar on her hand is a big reminder for her to take it easy and not use too much strength. I wish that Porky-kun wasn’t constantly thrown into the mists to test other opponents and lose in the first round in these things. He lost against Sodo and while he showed improvement he still lost in the first round regardless. His insight after questioning Chihaya’s game power and then noticing it’s more refined after his surgery was good though.

I do have to mention some things about Arata considering that I completely skipped over everything he did in the opening of episode 2. Yeah, I’m that bad. He is seeking to create a club to play team Karuta at a national level at his school. What he saw at the tournament obviously changed him. I do like his and Taichi’s quick conversation about Karuta and talking about Mizusawa formed their own club (Chihaya influence). Plus the romantic rival stuff appearing out of nowhere after Arata complimented Chihaya’s Kimono and Taichi eventually becoming very tsundere and mad at Arata. That childhood competition isn’t going anywhere is it? What angsty teenagers.

Lastly, let’s talk about some cliff hanger moments to end this disjointed plot exploration of these two episodes. The first major one was the Mizusawa club advisor, Taeko, talked to Sakurazawa about Chihaya’s future. Why? Because Chihaya wrote down she wanted to be a teacher so she can be the Karuta club advisor. All Taeko wants to do is help Chihaya all she can so she’s just became so gentle for our club members. On the other hand, we have the official cliff hanger for Karuta with Chihaya and one of the Queen candidates facing off against each other in round 5. They both his the Chihayafuru card at the same time earlier, so it seems they are on an even level. This is where Chihaya’s dream will be fully examined.

For all the story and character elements in these episodes, Chihayafuru Season 3 is running on all cylinders. These episodes are always packed with those moments plus some meaningful karuta action and it’s almost like Chihayafuru never went on a six year break after all. Or maybe Chihayafuru has been working out subtly in the background with none of us noticing it until now. (Nah, we have noticed which is why we like it.) From a directional stand point, there was a lot of great continuity work and character flow, but a lot less fun visual flair then episode one. I would put both of these episodes, specifically episode three, somewhere close to the top of amazing Chihayafuru episodes. That in itself is a hard thing to call though. I don’t know how I would rank particular episode because that is futile due to how many good ones there are. Visually, these weren’t anything special but that’s ok. We are here for the characters obsessed about cards and hitting them, not the cards being hit themselves. Unless you are Kana that is. 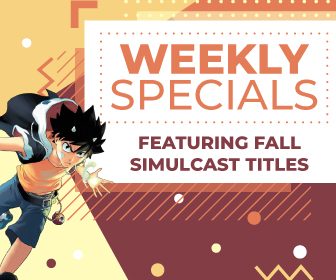