Man, how much lead time did Madhouse get in producing Chihayafuru? Is it easy to produce considering that it revolves around still frames and character interactions and with love? If that is the case, then why did we not get more sooner? Or is it possible that Madhouse got a lot of production lead time to produce this content? Whatever the case is, I’m happy to have more of these small Chihayafuru short films every week for a while. I can’t help myself from hoping there is going to be another two episodes this coming week, but I don’t feel like I want to push my luck. Whatever the case is, I feel like my hands are going to be holding a bowl open like a beggar on the street going “please feed me”. Chihayafuru being good food is what I’m saying here.

The other best part of these episodes coming is twos is there is some strong thematic parts that maintain themselves through out the two adjoining episodes which means the creators don’t want us to completely survive on cliff hangers. In episodes four and five, that thematic through line is age and experience vs the energy of youth. This comes from Chihaya facing against the former queen Haruka Inokuma who is now a mother with two children and Marou’s karuta combat against Chihaya’s teacher Mr. Harada. Of course there were other elements like Taichi having to deal with Sudo’s psychological sadism and Arata facing off against a younger member of Harada’s Shiranami society dojo against others. Still, the main theme (at least for me) was age and experience vs youth. How all these elements work when tied together was simply brilliant.

Each Karuta match had a very distinct arc to them. The most upfront one, of course, was Haruka vs Chihaya. I mean, this is Chihaya’s show so she gets the larger lime line. I guess that might be strange saying that considering Haruka was the main focus character in this match. This was a strong battle of adaption. Chihaya showed her skills in the beginning quickly taking cards, then Haruka fought back as hard as she could with her skills that Chihaya slowly caught up to and sort of surpassed. The massive turning point happened when Chihaya took the Chiyahafuru card which is story short hand telling you who is going to win the battle.

That moment was by followed Haruka’s son coming in to enjoy the game and interrupted it somewhat and having a shirt that Chihaya recognized fully reigning in her youth to Haruka. Still, it was fun to see Haruka and Chihaya enjoying themselves so much. The love of Karuta hasn’t left her and she still wants to improve. Same with Doctor Harada who lost his battle against Marou. Neither of them lost their well to keep playing despite their ails of other parts of their lives interfering with them playing. Harada is old and has to use a knee brace to kneel down and play, yet he refuses to accept that his abilities have peaked. On the other hand, Haruka invited Sakurazawa over to her house to play Karuta more often. Something that Sakurazawa never expected. Maybe she will get the pull to join back in with the game too despite her own failures in playing. Haruka is an older chihaya.

It’s not like the old left nothing from the young. Harada’s influence made their way into both of Taichi and Chihaya’s playing styles. That image of Harada and the character I forgot’s name, sorry, behind their backs while in play was extremely powerful and meaningful to this whole experience. Youth learns by following the experienced. Plus, it was Harada’s loud cheering and interruptions that pushed his Shiranami Karuta Dojo members forward in their time of need. Taichi is a great player, but he wouldn’t have won against Sudo by gaining his concentration and pushing his luck without Harada’s teaching just like Taichi wouldn’t have won against Marou without Mr. Harada tiring Marou out first. Now it’s Taichi and Chihaya in the finale round of the Yoshino tournament. Taichi has shown that he has mastered his bad luck and learned to bet against himself. Will that be enough against a rested Chihaya? We will have to wait and see.

As you kind of noticed, I pushed Arata off to the side again. Yeah, that was kind of on purpose considering that the episode sort of did that too. Not in a mean way, but in a meaningful way. In this episode mainly focusing on the 4th round and the quarter finals, Arata lost. He is once again left out while Taichi and Chihaya get to play Karuta to be the winner of the tournament right infront of him. He’s spent most of his high school life trying to catch up to these two in his own way and now he gets to witness the fruits of these two meeting in Karuta combat. How much would that suck? Probably quite a bit. If this motivates Arata even further with his own sort of Karuta club and pushing forward for his own reasons nationals, I’m all for it. As for now, I suppose there is a lot to think about here.

What more is there to say about a fantastic set of episodes for Chihayafuru? That the old players aren’t completely out of it and still have the strong spirit to keep playing? That Chihaya and Taichi’s mini journeys are utterly fantastic in these past five episodes when paired with the past two seasons? Their battles in the first episode have had such an interesting arc for a lot of reasons, so seeing this final battle happen will be a release for both of them? Or not. Yet, that’s a lot to cover and I’m glad to see all of those things. This karuta battle between Chihaya and Taichi is going to be exciting and enthralling to watch because I’ve always liked both of these characters. All there is to do now is wait for a couple days to see where this is all going.

Oh, I feel like Queen Shinomiya x Chihaya is a viable ship alongside Karuta x Chihaya. Ok, I’m done for now. Until the next post. 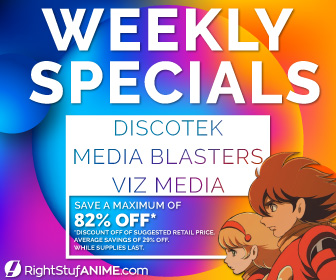