Considering how the game ended this week, I’m ok with only having one episode last week and then this week. There wasn’t as much continuity in the match this week because the match just ended in Chihaya’s favor in the beginning of this episode. By two cards no less, but a win is still a win. Chihaya still got the title as the Yoshino Tournament winner. This episode was instead about the fall out from the results of the final match itself. With that thought in mind, I’m also slightly amused by how Retro-kun and his opponent’s results were never brought to the attention of the show itself. Retro-kun’s struggles are fun, but I suppose his craziness was felt unnecessary in the fall out. I suppose we will never know if Retro-kun will make it to Class A or not. Such a fun running joke.

Since Chihayafuru is Chihaya’s show first, let’s talk about her fall out first. At the end of the tournament she is tired like usual, but there is a confliction here that I didn’t expect. You know, besides that whole “this girl looks beautiful” thing compared to those who people who know her better which was brought up again. As soon as Chihaya’s mom appears on screen, it’s interesting to see her cry and spill out everything she was thinking in such a natural way. She has wants in her future besides Karuta like becoming a teacher and advisor to a club…that plays Karuta. It’s not much different then just playing Karuta, but it’s what she wants to do. It’s kind of interesting that despite holding the title of the Yoshino Tournament and having the momentum to go into the Queen qualifier round in an amazing way, she doesn’t because of her future besides it. She sees the future coming and decides to reach for it. Chihaya, you are such a wonderful character.

With that future in her hands, I think moving onto the present sort of thinking with Taichi is necessary here. Chihaya has time to think that, but Taichi walsks the path of going to medical school. That means he probably won’t be apart of Karuta activities next year. The time for his attempt to become Karuta master is now. He skipped out on his school trip because he seeks that gold at the end of the rainbow. Ok, he was apparently legitimately sick until he wasn’t, so there is that to consider too. That doesn’t mean that he won’t aim to win the rank of Master. Nothing about his loss in the Yoshino tournament finale hindered his momentum. He’s a force that can only keep going even if Chihaya misses him and is upset about not seeing him on her school trip. Damn. That’s got to be hurting her because she is barely out of her present mindset. Poor Taichi and Chihaya.

Lastly in this three ghost of Christmas past list, is Arata with his thoughts on the past. That image he saw during Taichi and Chihaya’s match because it’s weighing down all of his playing. Why? Because apparently he’s not as sharp as he was during the Yoshino match. It’s not until he gets a reminder and food from his neighbor girl Yuu (who I’m sure has a crush on him), that he thinks about the future. Here he comes into the Master’s qualifier event to forge his path in the future. Arata doesn’t have that momentum going for him after that loss and his mental set backs, but maybe he will find yet another wind to push him forward. A lot to think about really.

Before I get to the fun ending part of this episode which includes the cliff hanger, I really didn’t like the conversation between Taichi and Arata after the Yoshino tournament. The concept coming from Arata of “I always thought Chihaya belonged to you” is so gross. I’m glad that Taichi had the “WHAT?” reaction he did. I know that he said “Chihaya doesn’t belong to anyone” afterward and questioned why he even said that later on in this episode, but it’s still a horrible thing to say. Once again, Chihayafuru isn’t at its best when it comes to romance and that proved it.

Ready for some fun? Ok, I really love the Karuta Queen and her strong lack of wearing any tasteful clothing. You know, her thing alongside loving childish thing like Chihaya? I’ve loved it since her appearance because it really does wonders of making her a memorable character. A queen can dress anyway she likes after all and her outfit she wore today is by far her worst and most amazing. Ok enough about that. It was interesting seeing Suo, the current Karuta master/Meijin, with cookies at her door asking them to change it up a little bit this year. There is a whole lot of story there that I want to know. Hopefully we learn more about it later on. (Along with where she buys her clothes. Who sells clothes like that?)

So all in all, another good episode of Chihayafuru. The character drama was pretty impeccable honestly. I almost feel like I live on the good sort of character drama like this. That conversation between Taichi and Arata aside, nearly perfect drama episode all based on the opening Karuta match ending. I honestly don’t even know where to rank these episodes anymore because they are all on the higher end of all episodes I’ve watched honestly. Chihayafuru’s consistent good episodes is kind of scary because it’s at a level that not many other series can ever achieve. Man, I love this show. As a rating: lower fantastic episode over higher fantastic episode. How about two chihayas over two karuta games. I’ll come up with something creative later I promise. 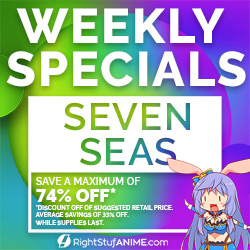