Hello everyone. It’s time of year for a lot of end of year lists and such. It seems like I handle each of these sorts of posts differently, yet the same every year. Consistency is good, but is it worth it when you only do the end of year posts on day ever year? I don’t think so. This year, I’m going to post five of these end of year lists on Saturdays starting with today. This is done by design because I honestly don’t think I will be able to make a best of 2019 anime season until January when the season is at least mostly done. That way it’s fair somewhat. I mean, there is a bias towards newer shows that just appears after all. Can’t do anything about that unfortunately.

If you are interested in the other four posts, they are about Older Movies I rewatched in 2019, Manga I’ve read, Older Series that I’ve watched, and finally the newer anime. Yes, I’ve been reading a lot more manga then you think I have been recently. I just don’t talk about it that often. This is just a case of where I wait to finish shows and manga that I’m reading and watching first because I honestly think I’m watching some solid things that might make it on these lists. I’m going to condense myself down to five shows in each posts, which is really unfair. Let’s jump into this list now.

Note: This is not a Top Five List. Yes, this is an unranked list. Just Know that when you jump into this post. I’m going to bold this part, but chances are most people are going to ignore it anyway.

This was the first movie I watched in the movie theater in January and I was honestly destroyed and blown away by it. If you take the later portion of Dragon Ball into it’s essence with a lot of smart writing, experimental visual styles, and interesting music, then you have Dragon Ball Super: Broly. I loved watching this film and then rewatching it recently. It’s such a pleasant and wonderful ride.

No review unfortunately, but it’s hard to do for a middle chapter movie. Seriously, there is no ending and no beginning in this film. Still, this was one of the best experiences I had in watching anime at the movies this year. This was a wonderful and thoughtful film about this route’s descent into darkness taking Sakura, the best girl, with it. A visual and character drama master piece that is honestly hard to argue against. I wander into this film hoping that Part 3 comes soon. You can’t miss this movie trilogy if you are a fate fan. It’s all exceptional.

Alongside Dragon Ball Super: Broly, this was the most entertaining film that I’ve watched this year. Yes, even counting all the live action movies I watched. It’s pure Trigger magic. This is like what happens if TTGL and Fire Force met together to have a baby. While it’s completely predictable, I lived all of these characters and the robot and other spectacle is utterly astounding. If you need to know more, please read my review.

Kabaneri of the Iron Fortress: Battle for Unato
Link to my review here

This is one I didn’t watch in a screening room or in a theater, but at home. It’s made its appearance on Netflix and I couldn’t stop myself from watching this film sooner. It is the continuation we fans of Kabaneri needed except we need more now. This is another film where an entire essence of Kabaneri was compressed into a short film with a quick storyline like it’s action, steam punk fun, and the racism against the Kabaneri. All perfectly executed.

Code Geass: Lelouch of the Re;surrection
Link to my review here

This was a very hard choice to make because this is my dump spot. I was fighting in between putting Gundam Narrative and this here and this is the one I came up with. Lelouch of the Re;surrection is a continuation film that at least knows it’s a continuation film and the writing in it is generally alrgith. They made Lelouch’s resurrection have a lot more stakes to it then I originally would have given it credit for. I had a fun time watching this at Sakuracon too because Goro Taniguchi was there to watch it with us. What else is there to say here?

So I’ve seen six new movies from 2019 and I know that there are others out there. If you want to know my thoughts on Gundam Narrative, read my review here. Some of them, like Weathering With You, hasn’t made it here yet and I wasn’t interested in watching the other ones. Take of that what you will. In my mind, this list is complete. Ok, I didn’t add Alita but whatever.

With that said, what are some of your favorite newer anime films that appeared in theaters this year? I am really interested in what you guys have to say. Until tomorrow with Chihayafuru tomorrow. 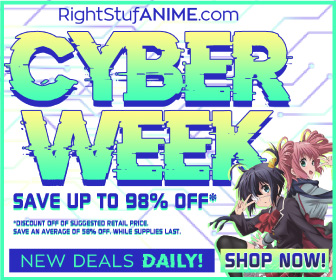