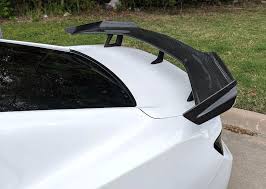 Ready for more of my bad opinions? No? Well…too bad. Let’s talk about spoilers on the internet! Such an easy topic to discuss…not. The internet has provided a number of good and bad things in terms of wants, needs, desires, and everything. The major thing that has changed is the concept of convenience and voices. There is that old adage that the internet is good because everyone can spread our their voices faster which is also the bad thing. I mean, this blog exists because the internet allowed me to have a platform for my bad opinions. Take of that what you will. I’m hoping that since you are all reading this that it could be considered a good thing. If not that, then my blog existing is at least better then anti vaxers and flat earthers having a voice. Gah, those people are so horrible.

So anyway, convenience continues to also be wonderful yet horrible at the same time when people watch something and then having a place to put their opinions on something besides their minds and people around them who aren’t interested. Let’s talk about how we have all sorts of streaming services with apps that allow everyone to watch everything anywhere they want. With that comes who knows how many social media sites and platforms to post about. Not just the main ones, but blogs and such are social media platforms too. There are so many places to put so many voices, but it’s never with everybody at the same time. That’s where this issue of spoilers come from.

After that annoying prologue that most people know about and think about, we jump into the main problem presented here. Ummm, spoilers? Maybe, but meh. In general though, I honestly think that people completely over react about spoilers. The internet is full of things people over react about all the time because bait is everywhere and people constantly fall for said bait. Some issues like social issues, political issues, and such are important to react to and discuss online because the old white people in political offices won’t hear us otherwise unless you email them. I don’t think that talking about media we watched and then reacting to things should be considered as important as those things. A caveat could be made for if those shows in question actually do intersect if an anime or anything else actually discusses either of those issues. We can talk about LOGH’s exploration of the raise in fascism, the circulation of war, and what makes an actual democracy strong. That is one of my examples I could bring up here. Try me.

I suppose the major thing that I’m getting at here is how people seemed to be damaged about learning what happens in an episode they haven’t had the time to watch yet for some reason. I’ve seen some attempts in establishing spoiler rules like a time space of a week or so before talking about something. A thing that doesn’t make sense considering people will never fully agree over it. You can’t get everyone to agree to something because not everyone is going to hear it or care and some people just want to immediately talk about everything they want to talk about. It’s just one of those things where humans are just humans and you shouldn’t just be upset about people being themselves. I mean, there is also that choice to mute and ignore talk too which is also a human response. Nobody wants to be surrounded online or in real life with people they don’t want to talk to.

Here is my major reason why I don’t consider spoilers a major deal. I don’t think that just spoiling what happens in a given episode is bad. If anything, it builds tension. Whole stories are built around a beginning segment that tells you where things go followed by going back to the beginning where nothing is there yet. That whole tension and excitement of the series in question is building up to that point. How does everything get there? Where do those character relationships come from? How is certain character who looks cool in the flash forward come from such a wishy washy character? The latest example I can provide from is Vinland Saga which had a flash forward at the end of it’s first cour. There is some tension now from seeing the thing that happens happening. Why? Because it’s life changing and you have to continue watching to see where that leads to.

That whole thought process of “let’s see how the thing person said thing happened, happened” is my whole argument for this case. If I am interested in the show and a major thing happens which is kind of shocking leading to many people posting about it, then that’s my flash forward. I now get to see what happens in the story and get to see how all the elements align to that point. Of course there is a barrier or line that can’t be cross. If a person spoils more then the main event with more then the vaguest amount of how everything gets there, then there is some grounds for some complaining. I haven’t seen a lot of people do this besides for blog posts and such, but I know that people do. Possibly not the best people to talk about when it comes to media and things you like.

Even with that line being crossed, I don’t think that we should ever be too angry or upset about people that post spoilers online. It’s not exactly something a person should stop being friends over this happening. Honestly, a quick mention of “could you stop talking about this thing, I haven’t watched it yet” should be enough to get a point across I think. Then again, this is the internet where people seem to be unhappy most of the time and the ambiguity of who we are as people leads to people being more honest then they are usually. Both in a good or bad way. That doesn’t mean that trying wouldn’t help. I’m not going to say taking spoilers seriously isn’t bad because we all have our escapism that we need untarnished by other people at times. I don’t think that venting that frustration from the tarnishing happening on the internet is a constructive thing to do.