This is a new list for this year. The reason why is because I finally purchased a subscription to the SJ+ App and can I just say that it’s been life changing for me? I’ve never been much of a manga reader because I’m more of an anime person despite being a big book reader. The main reason for that is that manga is too expensive for me. I mean, I can read through volumes in a short amount of time so it’s almost like a waste of money and time. Being able to read manga wherever I want whenever I want to is great and full of fun and exploration. I try to read at least eight chapters of manga a day, unless I’m tired, and it’s been cool to do. Not every manga I’ve read has been good and that’s alright.

This list is going to be mostly made out of sports manga. One of the manga that I completed, which isn’t sports by the way, also had an anime come out this year. It’s going to be on here too and much more in my usual wheel house. At the moment, I am reading some ongoing stuff and read short manga that I didn’t have some strong feelings for yet. For example, I like Spy X Family so far, but there is a small amount of double digit chapters right now. My feeling on it aren’t solid yet. At least not strong enough for me to talk about fully yet. Sports manga has been a lot of fun for me. With that, no rules here. The only limitations I have are the limitations by the lack of manga that I’ve actually read. Don’t want to try limiting myself when there is no real reason for that honestly.

Once again, not a top list. Just listing some things that I liked in a non ordered pattern here.

After being apart of OWLS for a while, I final dug into Haikyuu’s manga recently and it is great. A fantastic journey of flawed characters forming their own team then facing against all sorts of flawed teams in hopes of winning nationals before the third years graduate. It captured me a lot more then I expected it to be. Yeah, this manga did a lot more for me then the anime did when I tried it out and I think it has to do with the pacing of it. Animating it slows it down. I want my action to feel high speed and instantaneous.

This was the first manga that I committed to when I got the SJ+ app and it surprised me. I haven’t been much of a sports fan in manga or anime, but I found my dragged into it’s story despite all sorts of it’s flaws and everything. Without reading this, I wouldn’t have been able to jump into sports manga as much as I do. Plus, it’s just a good underdog story with basket ball centered on two good boys. What else needs to be said.

The second sports manga I read and it was such a powerful and touching tail of an underdog team finding themselves. A wonderful bunch of girls and a boy who used to be an athelete work together to become a more then functional team. They didn’t win against their greatest opponent, but they worked hard to achieve all of their dreams. I wish this wasn’t cancelled, but it ended on good terms. I’m glad I read it.

I kind of casually mentioned reading this one here if I did, though if you followed me on twitter I’ve put up a lot of screen caps of Hikaru no Go on there. I’ve recently finished Hikaru no Go and what a nostalgia trip while also being something I’ve never read or watched before. Hikaru’s journey through the professional side journey of Go with his ghost friend Sai is fantastic. Hikaru’s character growth is so fantastic and the chemistry between him, Sai, and others is great. I’ve got more words to say here later on.

Astra Lost in Space in the adventure focusing on teenagers being lost in space. One day, they had a week long camping trip on the camping planet. Turns out that there was a mystical portal that showed up to take them into deeper outer space for some reason. Thankfully, a space ship was there. With that spaceship, they start their journey back home in which they uncover more truths about themselves and their world as time goes on. It’s a very good read. Highly recommended to watch or read. Doesn’t matter.

There it is, the manga I read. I’m still an epic casual when reading manga, but I’m going to continue reading more of it. To those of you major manga readers out there, what manga did you enjoy reading this year? What would you recommend? I know there are bigger manga blogs out there and I’m mainly anime, so I’m looking forward to reading some good opinions. 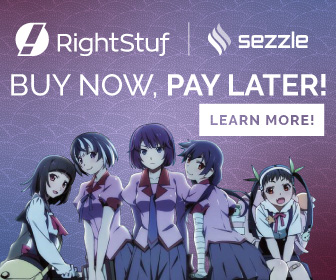