We are here, everyone. Not a list of anime that I found some great love in from the decade, but a top list of seasonal anime I greatly enjoyed from this past year. I do feel like I cheated a little bit considering that I stockpiled this list since the start of the year. Still, I can’t help but think that there is no way I could ever fight against any of the anime on this list. I just loved everything that appeared on it and there is no way I can argue against myself more then then I have. Otherwise, I would probably have to visit a mental institution for a few weeks before they give me medication. Okay, maybe I wouldn’t take it that far. OH NO, THERE ARE THE VOICES IN MY HEAD AGAIN.

So anyway, this list isn’t a top list at all. Not going to even try doing that ranking stuff here because I love all of these things too much to do that. This list is so hard because of that Netflix jail horribleness. But for top ranking, please don’t make me choose against my children. You can’t do that to me. The only major rule here is the show has to have finished in 2019 to be considered here. Split cour or just finishing their first cour in fall 2019, this is the case, don’t count. All of which saddens me because Chihayafuru Season 3 won’t be apart of this list. It’ll have to wait until 2020. That’s so far away. Cries again.

I honestly feel like this is my favorite shonen jump property from the past year. Maybe because of the space adventure thing? I don’t mind being predictable. It’s perfectly paced, had great visual design and animation, and featured the adventures of kids discovering themselves and finding their path to becoming completely themselves. There was only one small thing that pushed this show of course for me, but that was quickly fixed and didn’t ruin the thing over. What else do I have to say?

I haven’t been able to work on that O Maidens post that I promised a while ago because this show is hard to write about, but this show was just something special for me. Possibly Mari Okada’s best work in writing in direction. It’s a story that takes the usually pure romantic comedy sort of angle with girls at a school club and makes it so much more realistic. This is an anime about girls discovering what love and lust mean in their own ways. One or two of these girl’s stories is a little terrifying and scary, but everything else I think the show had to do that to be more realistic. There is just a lot of strong material in this anime that I can’t recommend enough.

I wasn’t sure about this anime at first because I wasn’t able to dig into the original Fruits Basket no matter how hard I tried, but this remake is something special. It softens a lot of the early 2000’s elements from the original to make it more tonally consistent and the adventures of Tohru and friends were heart breaking and warm at the same time. This anime is almost perfect with how it’s executed which is why I can’t help but love it.

Run With The Wind

Yet again, another anime that I never expected this show to capture me as much as it did. But here I am joining in and stanning these college boys as they go on their track adventure to the Hakone Enki. It’s relatable, powerful, and I honestly can’t recommend this sports anime more then I did. It’s amazingly directed and well written which I why this anime stuck in my mind for a long time and I would like to think that I will always be the case.

Following after season one in 2016, Mob Psycho is a show that takes the animation values in terms of experimentation and everything and characteristics from the previous season and only adds on to them. Mob has grown so much since the beginning and he truly become his own kind person. Oh, and the rest of the cast here is pretty great here too. I do have some complaints about the last three episodes because it just went to shonen land, but that didn’t put a huge damper on this show at all.

Dororo is a re-adaptation of Tezuka’s manga from the 1960’s and updated in terms of visuals and story. It’s a story about a samurai named Hyakkimaru who had almost all his body stolen to bring peace to his parents land and we follow along as he takes his body back with his care taker and friend Dororo. There is also some great nostalgia value to it too. It feels like an anime series from early 2000’s too, which is my anime sweet spot. I mean come on, even Asian Kung Fu Generation had a song for the show’s opening. It’s all early 2000’s quality going on here

The original season three of Attack on Titan was completely insane and phenomenal, but let me just say that Part 2 was just better? We finally see a war that has been building up for a long time, reveal what is behind the basement and broken the world, and just continued the adventures of Attack on Titan and how they deal with this reveals. I honestly loved everything about this season so I’m glad that we are getting more of this show and finishing it next season.

Do I really need to say anything about Vinland Saga? It just ended after all. In general though, I really do think that Vinland Saga is something familiar and unique at the same time. It’s not just an anime about Vikings, it’s an anime about vikings that also discusses why war and fighting is so cruel and bad. It doesn’t do that by preaching, but by showing it through different people. Thorfinn’s journey is pretty one note but believable in terms of wanting revenge for his dad, but Askeladd (the guy who killed Thorfinn’s dad) is such an interesting and complex character that I don’t know if I could love him or hate him. Other then that, the visuals and direction are great in most episodes and the world building is great. Watch Vinland Saga. You won’t be sorry at all.

There it is, my list of my 8 favorite anime from 2019. Netflix shows didn’t make an entrance here. Revisions was eh, I’m not sure where my opinions for Carole and Tueday’s seond season right now, and For Takagi-san and Aggretsuko’s second seasons I don’t think they are year defining even if they pretty great. They are continuing things and haven’t really brought too many inventive things to the table besides expanding last season’s material. I think AOT and Mob’s latest seasons did that too, but In much more interesting and creative ways for me.

So, what are you favorite anime from 2019? Did I hit the same series as you? Was my list completely different from yours or do we have some over lap? Please let me know in the comments. 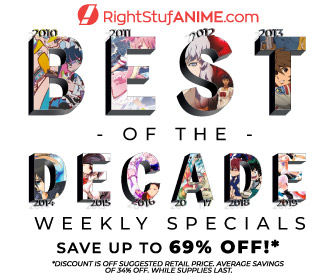