Before starting this post in proper, we got another round of double episodes this week. The first one was recap episode with some good Chihayafuru comedy and asides here and there. I’m kind of amazed by everything that has happened until that point from now. It’s not like I’ve forgotten anything, but it’s amazing to see it all on screen in a time elapsed manner right in front of you. Oh, an aside about the romance on this show. I don’t know what Kana and Hanano are talking about. Season 3 has been incredibly romantic. Especially with the situation with Chihaya’s love triangle exploding out more then usual. Or maybe I am one of the few that see it that way? Doesn’t matter. Also, massive thumbs up to Haruka having a drinking night. The woman deserves it, but poor husband.

Today’s episode is a major follow up to episode 15, when Chihaya is looked down upon by Suo and his cynicism. Since Chihaya takes everything to heart because of how innocent she is. Chiahaya was on such a huge karuta streak and now it’s been broken now. Her game next game against a Class B person didn’t go so well, neither did her game later on with Nishida in the club room. I guess she’s pretty on edge recently. She really has been through a lot recently in terms of seeing her future without her and now the Master of karuta saying she won’t be a queen ever. Of course that would hurt Chihaya a lot. Our poor, innocent child. Her moments later in the episode exemplify this fact that it still hurt her, but more on that later. Chihaya’s moment with Dr. Harada after the game was something else though. Very touching like between a parent and a child. Then again, that’s sort of what their relationship always was.

One of the most interesting and continually aspects of this show which catch my interest in the opening scene on campus, besides Suo kicking them out, was Taichi’s continuing attempt to grow in karuta skill no matter what it takes. He gives Suo a gift so Suo would play with him and even mentions his lie to Suo to get him to review the game they just played. It’s pretty interesting to see the cold and hard logical approach that Suo has for karuta. We only see a little bit of the review Suo gives to Taichi about their game in question, but the concept of each round having four outcomes really says a lot about him as a person. The coldness and calculation of it all. Is it possible that Suo is a robot?

With that said though, we get some very fun and touching moments between the Misuzawa karuta club before the master’s tournament set up. A Christmas party at Tsukube’s house with Chihaya dressed up as Santa to surprise Tsukube’s three siblings with gifts. I just love the adorableness and warmness of it all. Especially with the moment after Chhaya completely failed at delivering the lines she memorized herself. An incredibly excellent moment between Desktomu-kun and Chihaya where Desktomu-kun comforted Chihaya after she was crying about her failure. I think this is something Chihaya needed going forward. Plus, the club planning to visit the Master and Queen competition itself was just so good for them. I love this club. I’m hoping for more moments after season 3 or even in season 3 itself. That being said, can we please get a season 4 sooner then five years? Maybe 1?

Speaking of Christmas celebrations, we have our Queen’s own Christmas day that needs to be talked about. You know, our lonely girl Shinobu who isn’t that out casted in class that much it seems. In a short scene that’s what we’ve seen, but the girls were dismissive about Shinobu’s hobby though. She is still this strange character in a sea of normal that everyone seemed to passively accept and then move on with. I loved the scene with her practicing karuta on Christmas day due to her being sick during the later year tournaments, her mother telling her to practice anywhere else, then the grandmother completely supporting what Shinobu was doing. It’s nice to see her getting some warm feelings and eating persimmons too. Damn, everything in this show has a purpose doesn’t it? I love that everything does.

With all of that said, I really appreciate everything that happened which built up to the Queen and Master tournament. From Chihaya and her crew planning on where to sit, to karuta being more popular on internet streaming services, to her calling a sick Arata and seeing him watch the match on screen with how casual everyone is talking about the game on the stream. I liked seeing Haruka and Shinobu enter and looking great and ready, but Harada entering like a boss was great because he definitely understands theatrics. The bigger thing was Suo coming in with longer hair and facial hair? He really is trying to look like a villain now, isn’t he? I can’t say I buy it, but Chihayafuru has to try for it.

I had a lot of fun watching this episode. Especially with a Santa Chihaya. I never expected that, but then that was the point wasn’t it? The kids would ever expect it either. Also, the talk between Suo and Taichi was interesting with Taichi knowing how to play the game making it all even more interesting as well. Same with Shinobu and her little bit of family situation going on too. I hope her grandma stays around and is active as she is for a while, because I can’t imagine what would happen to Shinobu if she passes away soon. All I can think is Shinobu having an uncomfortable life that she would hate. Maybe that’s why she relates to Arata so much. Anyway, another fantastic episode. Not doing episodic rating here either. Ok fine.

Episode Rating: Shinobu/10 (Sorry about being lazy and not getting screen caps again. That didn’t really seem to hurt the last review I miss photo caps for, so oh well 🙂 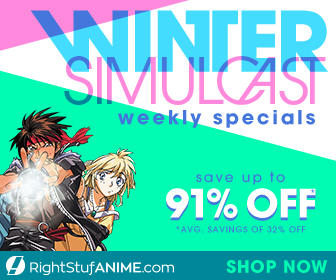