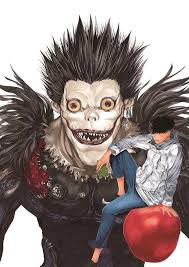 Oh Death Note, what a wild ride we’ve had with each other. From your popularity raising up during my high school days where I couldn’t figure out why the anime was popular to more recent times where I actually watched Death Note and thought it was just ok. Just completely average shonen jump stuff just with words and “clever schemes” instead of fighting. Despite Death Note being all in for me to be able to click onto it, I just couldn’t do it because there is just something wrong with how the show is presented that make it wrong for me. I’ve written about this a long time ago, so behold my old, bad review. (Maybe I should check out the manga soon.) This manga one shot is really the first time I actually connected to something Death Note at some level. Is that strange or am I just a weird person? Yes?

So here a short amount about it. This 88 paged one shot is surprisingly crammed with a lot of things. A small amount of world building a decade after Death Note, characterizing the next “Kira” Minoru Tanaka, and then the small amount of cat and mouse game that is Death Note is known for. Scratch that last one out. The cat and mouse game doesn’t actually happen because Minoru Tanaka does something next level that Death Note would never consider. Not wanting it. That denial and lack of attachment to the Death Note really changes the game behind everything in it which is why it’s a short. I’m sure this could be longer and gone more in depth with it, but I’m pretty pleased with what we got in this one shot even if the reasons for this coming out are political and possibly suspect. That’s my opinion in short really.

This is where my opinions become more focused and more spoilerly. If you want to read this one shot, it’s on free from Viz or on the SJ+ app. Come back when you are just continue if you don’t care. Up to you.

So you are probably reading that last paragraph and wondering how this one shot did all of this in a short amount of time, it’s because the portion is split into three and a half different reference frames. That half is there because Minoru is one reference frame and Ryuk is either with him or plotting something else. L is there to kind of narrate what is going on from the police perspective, but he spends most of his time just laying around talking. Lastly, you have the x-factor of what the Death Note is doing to the world dealing with the auction. Minoru is sort of doing double duty in a way because he’s not just a character with a scheme. He also exemplifies how the Death Note incident a decade or so ago changed the world and was put into text books.

I can’t help but say that I really like Minoru. He’s very relatable to me because while his IQ levels are pretty high, he’s much more laid back and doesn’t perform will in tests. Even in the short amount of time we spend with the guy, he’s much more relatable to me and possibly the audience because he allows himself to have flaws. I never understood Light or L at all. I don’t know about you, but I never like people who are clearly one way or the other. Light (Kira) and L were super intelligent and balanced each other between cynicism and hope, but they didn’t feel like people. It’s obvious which character is which. Both of them being too over achieving people doesn’t really help either, because it just means they are elite of the elite. Minoru at least has a definable personality.

With all of that out in the open, it’s interesting to see the glimpse of Death Note’s current future. I like how the Death Note incident with Kira has been put into text books for generations to look into. Even if Kira killed people mainly in Japan, the death of designated people from heart attacks would make world news and such. All things that play into Minoru’s plan, selling the Death Note to the highest bidder. By sending Ryuk to a television station, Minoru sets the Death Note into an auction without L ever getting a trace of his plan. As price goes up, it’s clear that only countries could afford it which leads to governments bidding for it. The US under the Trump administration purchases it for $500 billion.

What confuses me the most about this one shot is the ending because I don’t know what it was trying to say really. Minoru’s plan works because he allowed multiple bank accounts to get money from the US purchases. At the same time, Ryuk tells Trump about how him accepting the Death Note due to some quick rule changes will kill him. What does Trump do? Lie to everyone in the world by saying how he saved the world by not using the Death Note. So basically what he usually does except in Death Note. At the same time, Minoru as the hero of the people is killed the second he touches the money he got from the exchange. I’m not sure what the messaging is here. Why would you do all that good set up and work just to have a confused ending? Just to call out Trump? Death Note has always been political, so I guess that’s ok.

With that said though, I really liked this one shot. Definitely a good for me. I still liked the decent exploration of what a Death Note would happen in this modern realm of super technology and listening devices everywhere. I also like how a new mechanic was put into the Death Note game. Minoru himself was such a charming and wonderful character with a mind to getting everything that he wanted. I just wish he was able to live some sort of life in riches, but people who have touched the realm of gods with the Death Note have to suffer some kind of terrible fate. The art itself is pretty good and well done. I just wish I knew what it was going for in the end? Would help quite a bit honestly. The rest of it was pretty good though. 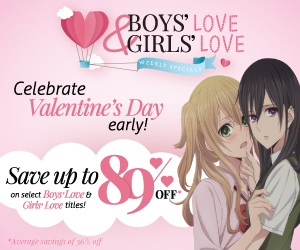